I remember reading a series of books in which science is outlawed. The main character and a small group are looking for sites which include a pre nuclear war silo or bunker complex with hi-tech defences.

Could this be Monica Hughes's Isis series? The second book, The Guardian of Isis, follows a young boy in a society where technology is banned, seeking a silo. 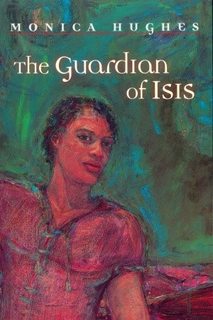 Years have passed on Isis, but life has gone backward, not forward. Under their leader, Mark London, the settlers have abandoned the technological knowledge of their forefathers. Upper Isis is now a forbidden zone, and the history of the first inhabitants from Earth has been replaced by myth. But one inquiring young man yearns to know the truth, and soon he gets the chance to find it.

I thought I remembered this one coming up here before, so I searched the site for [story-identification] silo, which led me to 90's YA novel: Youth leaves village against village taboos, discovers missile silo and that the world is post-apocalypse

7
Woman spy breaks into a govt facility. Finds spheres filled with little people fighting
5
Can't remember fantasy novel with magic and technology mixed, search for elemental shards/crystals
8
Short Story about The Pit and Grenfell's Dream
8
Book series where a painter is heir to clan of dragon blooded barbarians
8
Book: thief called Mar is hired by one of his targets to search the remains of an old civilization for magical artifacts; discovers he can do magic
4
Which books are the moments from Skyfire Cycle of Brooklyn 99 based on?
7
Fantasy book set in medieval times, in which one of the characters wields a double-sided battleaxe
4
Old fantasy book series with the two main characters being a human male and a spiderling-type female character