A sci-fi short story, probably part of a comic sci-fi/horror anthology. I remember seeing it when I was 13, but still remember the twist ending clearly.

Judging from the artwork, something around 60's-80's (David Gibbons'ish in style) in full color. It was a short story, around 10 pages, depicting an abandoned planet being visited by alien explorers, they look kinda like cockroaches but I'm not sure.

Either they find what they think are mountains or giant statues, I can't recall, and begin colonizing the area. Sometime later they begin a conflict within their own new civilization and start a small scale war. There might be the threat of destruction through a nuclear bomb or whatever is the alien version of that.

I don't remember what happens to the civilization, but the story ends with the leader of the explorers demanding some kind of recognition from the giant forms they colonized and then it zooms out showing their civilization turn to dust in just a few panels, showing the faster passage of time or the detonation of the nuclear device, or both. By the last panel we see that the giants are in fact two DrManhattan-looking aliens. One of them feels the small cloud of dust representing the alien civilization passing by, and asks something to the other, like "Did you hear something?" or "Did you feel something?"

The story has an existential and cosmic horror feel that I find very similar to Alan Moore's work, but I already went through all his short stories and couldn't find something similar. I would be very grateful if someone could help me track this one down or at least point me in the right direction.

This is Omega Men #26: "Brief Lives" written by Alan Moore and drawn by Kevin O'Neill. 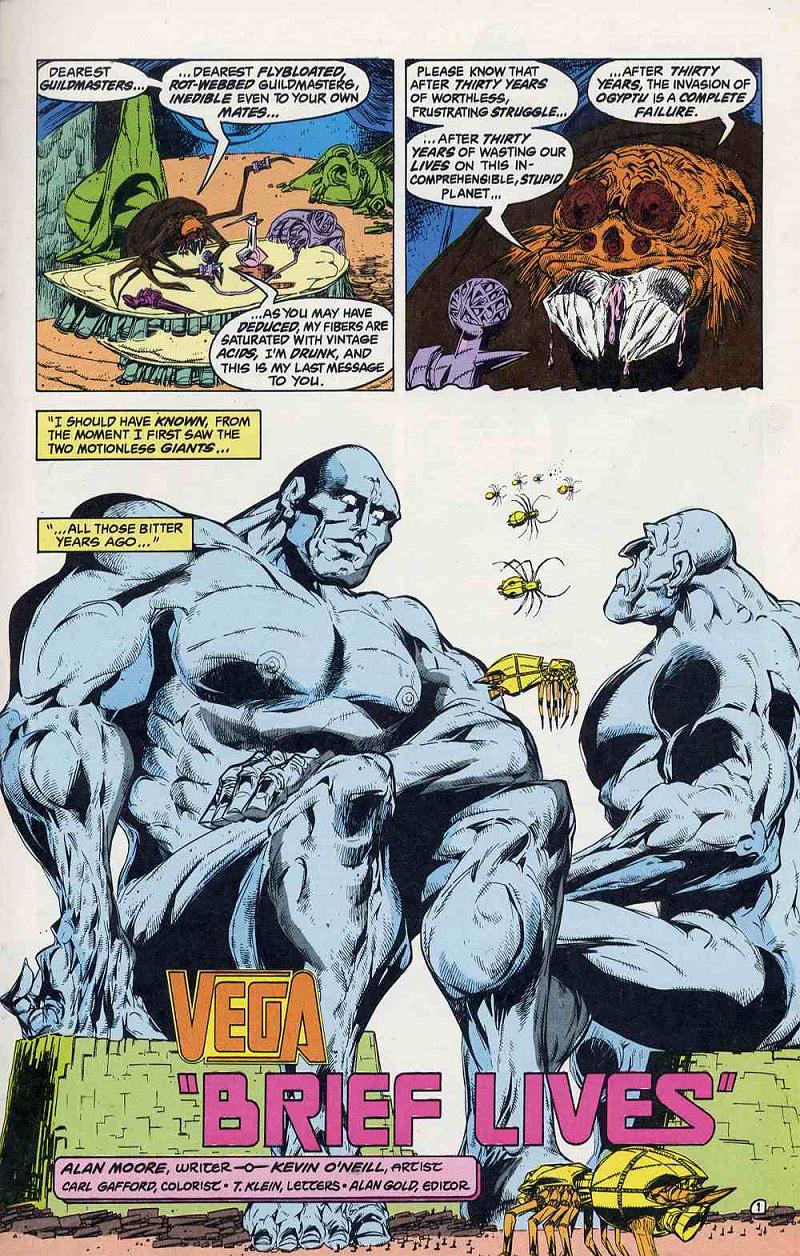 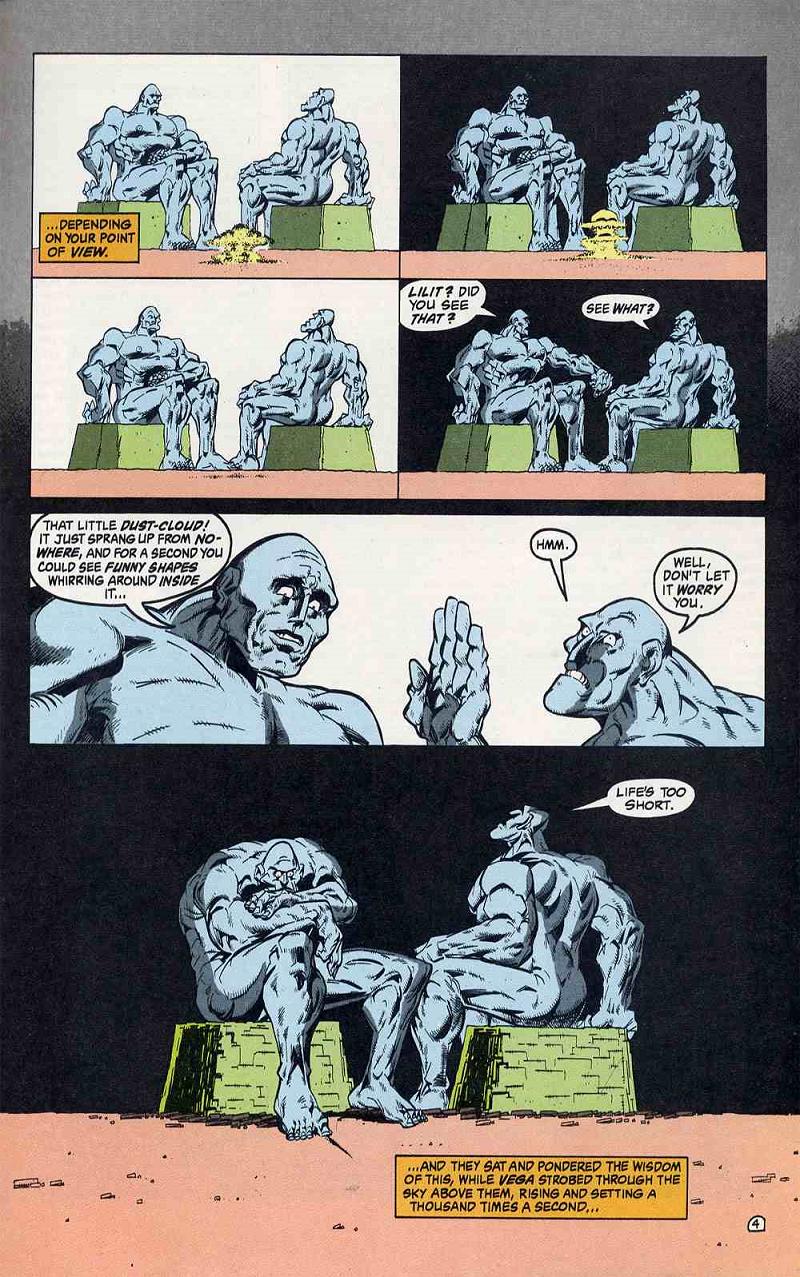 Not the answer you're looking for? Browse other questions tagged story-identification short-stories comics space-exploration or ask your own question.