What dimension is the inside of the Tardis in?

Is there a name for the dimension in which the Tardis' console room and its corridors and rooms reside? Is it ever named in the TV show, comics or any other media?

The interior isn't in a "different dimension".

It's just bigger on the inside, thanks to Time Lord science -- to wit, dimensional engineering.

As the Fourteenth Doctor points out when someone states you can't "engineer dimensions", "maybe you can't."

It should be noted that throughout the entirety of time and space, the Time Lords seem to be the only species to have mastered that particular branch of science, to the point where any application of it is almost universally recognized as Time Lord work.

((Out-of-universe explanation: All of this is of course technobabble bullshit, because the Doctor Who series has never cared about hard or even consistent science when narrative was involved. "The TARDIS is bigger on the inside" is all you're going to get, sorry))

A "dimension" is an orthagonal direction, not an "alternate universe". The 3 special dimensions that you are most used to are Longitude (x-axis, East/West), Latitude (y-axis, North/South) and Altitude (z-axis, Up/Down). The Tardis extends into an additional dimension - spissitude (w-axis, Kata/Ana) - of which we are not typically aware.

The Tardis is to us as a balloon is to a 2D lifeform - it can walk around the perimeter of the entrance quite quickly, but it's far larger on the inside! 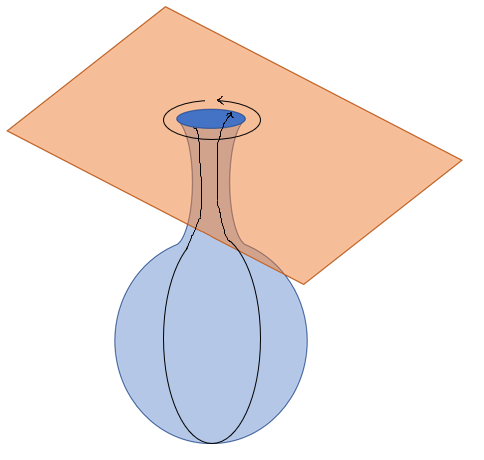 It's probably worth mentioning that when "Doctor Who" started, and the Tardis was first introduced, it was intended to be at least partially educational - hence why the first companions are a school-girl (Susan, the Doctor's granddaughter) and 2 of her teachers. They interspersed futuristic-technology-based episodes with history-based episodes and alternate-politics-based episodes. Most of the fictional science was thus intended to be at least loosely based on real concepts, even if the technology or application was purely theoretical.

'What dimension is the interior of the TARDIS in'?

The short answer is: the same dimension that the exterior is in.

Remember that the true meaning of 'dimensions' (which is what the 'D' in TARDIS stands for) is quite different to the common sci-fi usage of the word 'dimensions' to refer to other realms or parallel universes. There is, obviously, a linguistic connection between the two. I think it would be helpful to explain the difference.

There are, traditionally, 3 dimensions - length, breadth, height. You can plot any position with those 3, so long as you have a starting point. On a planet, you would use longitude, latitude and height (eg above sea level). Time is often held as the 4th dimension because with it you can plot not just any position, but any event.

The concept of multiple universes, whether in sci-fi or real, theoretical science, shares a lot in common with string theory among other things. Such theories have suggested that there are many, many more dimensions beyond the 4 I mentioned that would allow you to plot positions in places beyond 3-dimensional space. So you can see why, in sci-fi, it has been common to refer to places beyond the 'real' universe as "other dimensions", because travelling to such places involves plotting dimensions beyond time and space. I can't quote, but I imagine such ideas have been visited in Doctor Who, however, that is not what the 'dimension' in TARDIS refers to.

The TARDIS (Time And Relative Dimensions In Space) is so-called, because (a) it travels in TIME (and space), and (b) because it has relative dimensions in space. That is to say, its dimensions (length, breadth, height) are relative, not to the space it resides in, but to its engineered size.

Other terms have been coined over the years within the series to describe this engineering. One term used during the 4th Doctor years was recently used again in the 13th Doctor's first series - "Dimensional transcendentalism". Something that "transcends" goes beyond the expected range or limits, so while it doesn't really tell us any more about how the Timelords do it, at least it does give us something to get our heads around. A TARDIS is able to 'transcend', or go beyond the beyond the dimensions it inhabits.

So, returning to your question - the interior of the TARDIS is not in a different "dimension", or physical place - it just has relative dimensions (in the true sense of the word) that are different to the physical space it exists in, thanks to the wonders of Timelord engineering and dimensional transcendentalism.

19
Does the front door of the TARDIS always open up to the control room?
4
Why was the Tardis in a museum?
18
The origin and use of the term TARDIS
12
Was the Doctor’s TARDIS inside Clara’s?
8
How faithful is the “Hell Bent” TARDIS console room to the original?
14
How are the inner and outer doors of the original series TARDIS connected?
9
What is the original name for a TARDIS?
3
Could a TARDIS in vehicle form act like a vehicle?