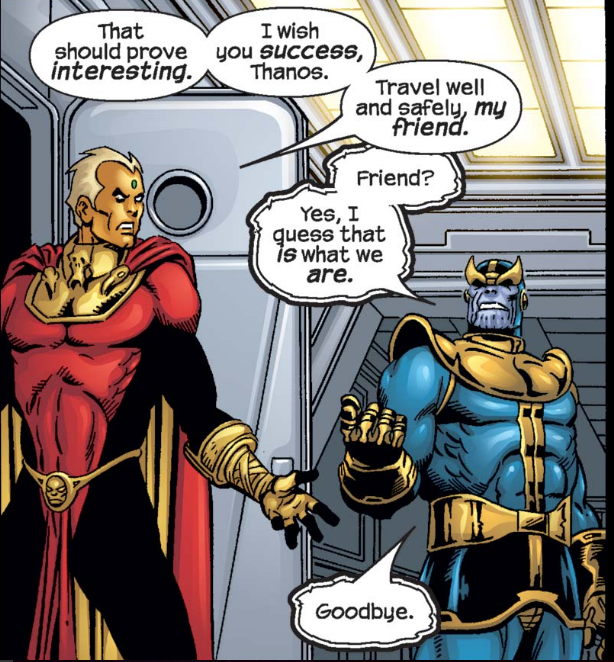 Then Mistress Death brought Thanos back to life. Thanos collected (again) the soul gems (now called infinity gems) and used them in a gauntlet form to become God of the universe and snapped half the universe to death. Adam (from inside the soul gem) returned to life to thwart Thanos. After thwarting, he teamed up WITH Thanos to get the Infinity Gauntlet from Nebula. (once again, the enemy of my enemy is my friend)

10
If the Infinity Gems are so powerful, why can't anyone find them?
4
Where did the High Evolutionary get the soul gem?
6
How can keeping one's secret identity from a friend or beloved actually help protecting her or him?
10
What's a "Cosmic Crime" according to The Living Tribunal?