Has Rey's new lightsaber been seen before in canon or legends?

The new Rise of Skywalker trailer has Rey (or someone who looks an awful lot like her) wielding a new double lightsaber, but now with action deploy mechanism! (someone in marketing has to be giddy). Darth Maul, eat your heart out. 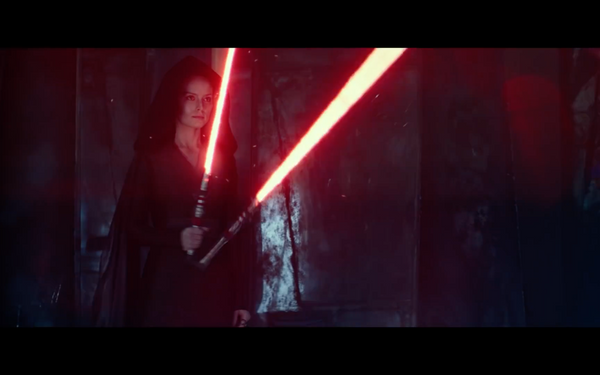 Has this weapon been seen or used elsewhere? Canon and Legends acceptable

In both Canon and Legends, a pair of lightsabers functionally similar to Rey's potential new one were seen in the hands of the Besalisk Jedi Master Pong Krell during the Clone Wars. This picture shows them in their folded and extended configurations:

The lightsabers used by the Jedi Temple Guards in both Canon and Legends were aesthetically and functionally similar to Rey's potential lightsaber, but were only shown to be folding lightsabers in Star Wars Rebels, part of Canon. However, it should be pointed out that in Rebels the folding hilt was seen only in the hands of one Temple Guard, and since lightsabers were personalized weapons, it is possible that not every Temple Guard weapon had that feature.

Lightsabers in the hands of the Temple Guard during the Clone Wars: 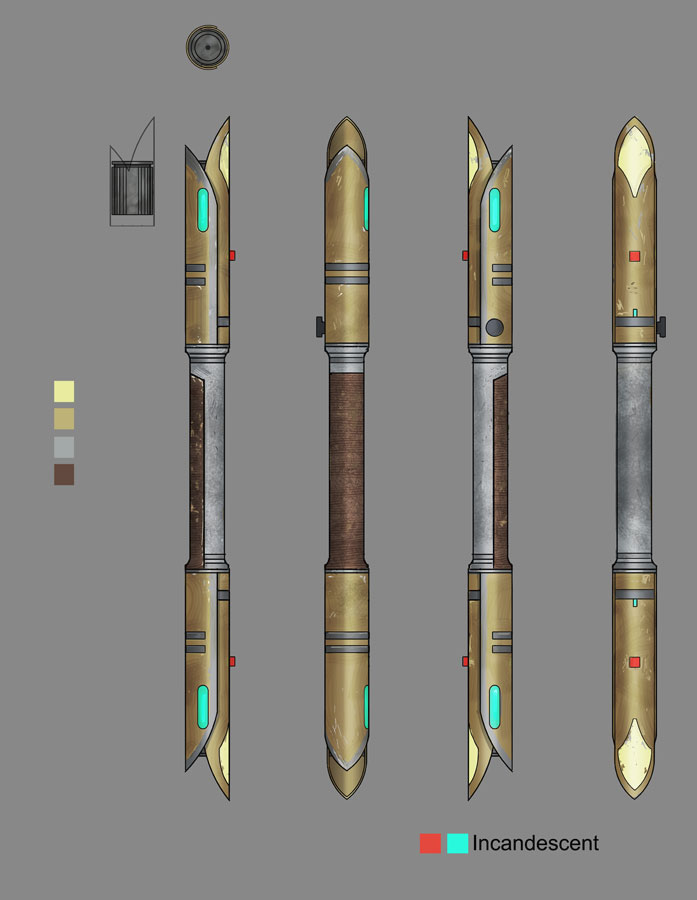 And while another answer already uses this video, I will include it for the sake of completeness and to point out the lightsaber at 1:32 that appears to be the same as the Clone Wars Temple Guard weapon:

In Disney canon, Star Wars Rebels, season 2 episode 18, "Shroud of Darkness", Kanan fights Jedi temple guards who have similar double-bladed folding lightsabers (the unfolding activation can be seen at 00:41s in the below video).

Not the answer you're looking for? Browse other questions tagged star-wars star-wars-legends lightsaber the-rise-of-skywalker or ask your own question.

3
Lightsaber canon reference
15
Has the lightsaber cross-guard from the Star Wars 7 teaser trailer been seen before?
21
Which predictions of The Last Jedi: Darths & Droids Bingo were correct?
13
Which predictions of The Rise of Skywalker: Darths & Droids Bingo were correct?
14
What is the source of Rey's lightsaber?
15
Have we seen a dyad in the Force before?
11
What color is Rey's new lightsaber?
12
Has this spider been seen before?