How many people can lift Thor's hammer?

How many people have the power to wield Mjolnir?

Odin
Thor
Hela (aside from stopping it, there is a painting of her holding it in the "great hall" when she unveils the covered ceiling)
Vision
Captain America

Is there anybody else who has picked up Thor's hammer?

Technically anyone pre-Thor, so pre-2011, would have been able to wield Mjolnir as the worthiness enchantment was only placed on it then. However, as we only get a very brief glimpse of this time period we don't actually see anyone else wield Mjolnir.

Onto those we've actually seen wield it though.

Obviously Thor wields Mjolnir and although he temporarily loses the ability to wield Mjolnir in Thor, he becomes worthy again at the end of the film. 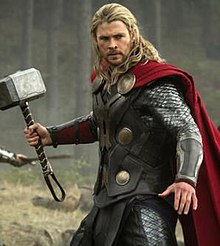 He can clearly be seen wielding Mjolnir, he does so when he banishes Thor and actually can still wield it after he places the enchantment upon it, so he is clearly also worthy of Mjolnir... which makes sense since he placed the enchantment.

When Vision first comes to be he held Mjolnir straight away and passed it back to Thor. To be 100% clear on if he "wields" it though we see in the battle against all of Ultron that he does use the hammer.

However, as Steve and Tony note it is possible that because Vision is artificial "different rules" apply - though he is part living tissue.

Steve Rogers: The rules have changed.

Steve Rogers: So it doesn't count.

Tony Stark: No. It's not like a person lifting the hammer.

Thor: If he can wield the hammer, he can keep the Mind Stone. It's safe with the Vision and these days, safe is in short supply.

Steve Rogers: But if you put the hammer in an elevator...

Tony Stark: It would still go up.

As we see in Thor: Ragnarok Hela can stop Mjolnir in its tracks even with the enchantment on it. This is more likely to do with her own powers rather than her being worthy though of course because she doesn't act worthy. Although as we see on the mural she actually wielded Mjolnir in the past before Thor's time when conquering the Realms with Odin. 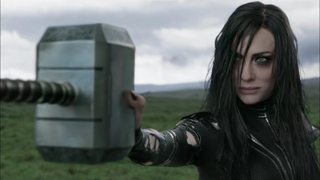 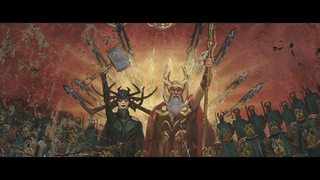 He was always worthy, ever since the scene in Avengers: Age of Ultron where we see him move the hammer just a nudge, however, he chose not to pick it up. See this answer of mine to a related question for evidence on that. However, we don't actually see him wield Mjolnir until the Battle of Earth in Avengers: Endgame where he picks it up to fight Thanos.

Lastly, I think it is worth noting that Jane Foster is set to reappear in Thor: Love and Thunder (2021) as Thor and so it is possible she will also wield Mjolnir. It was even teased that this would be the case in the reveal at San Diego Comic-Con where she took the stage with Mjolnir in hand. Whilst this isn't conclusive proof as there are no set pics or footage released yet it is a strong indicator Jane Foster will also wield Mjolnir. 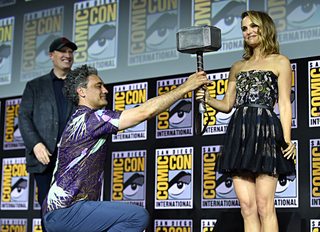 On a slightly different note the upcoming Disney+ series What If...? has had the first episode revealed to be about what if Peggy Carter had taken the super soldier serum and not Steve Rogers. Whilst it's not entirely clear what this will entail, if it shows Peggy in the "future" as Captain America we might see her wielding Mjolnir. Although of course this isn't the main MCU continuity so shouldn't be taken as such.

As the querent indicated that they're interested in the comics continuity as well as the MCU, I've quoted the list from Wikipedia:

Individuals in the primary continuity

Characters from outside the primary comic book continuity

91
Why isn't Captain America worthy of Mjolnir?
16
Can Mjolnir be lifted & wielded by anyone if Thor is touching it?

53
How does Mjolnir determine 'worth'?
15
How could Thor's hammer Mjölnir be forged in the heart of a dying star?
17
Does being worthy negate the weight of Mjolnir?
23
Is "if he be worthy" in Mjolnir's spell gender-sensitive?
6
You can't wield Mjolnir unless you're worthy, but has anyone ever stopped Thor from wielding it?
2
How is Thor's hammer imprinted?
22
If Mjolnir was made for Thor, why is Hela seen using it in Thor: Ragnarok before it was even given to him?