In the DC universe, which characters assumed the identity of the Red Hood?

In DC comics, TV shows and movies, which characters have assumed the identity of the Red Hood. I know of the characters,

Jason Todd and the Joker

have assumed the role. Who else has done this?

In Batman Adventures (2003) Issue. #8, The Red Hood is shown to be expanding his (her, to be precise) criminal empire across six cities : Central City, Metropolis, New York, Seattle, Star City and Los Angeles. 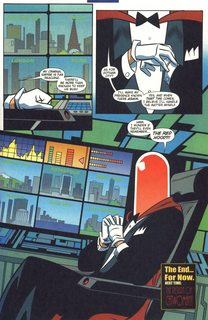 By the looks of the costume, one could assume it was The Joker. As told by the creative team (Dan Slott and Ty Templeton) behind the story, this version of Red Hood was actually supposed to be revealed later (which, ironically, never happened).

However, Dan Slott mentioned in a later interview that:

Had it [Batman Adventures] continued, Dan Slott said, The Red Hood would have been revealed as Andrea Beaumont’s mother, Victoria Beaumont, who also happened to be the real head of the Valestra mob. Years ago, she faked her death in an attempt to get her family away from the Valestra mob, and was disappointed to see her family eventually fall into their clutches. However, when she saw what happened to her husband, and what eventually became of her daughter, she felt it was time to not only get revenge on the Valestra mob, but take Gotham for herself. Inevitably, this would have led to a devastating confrontation between her, Batman, and Andrea Beaumont.

2. Unknown character (other than Joker or Jason Todd)

I'm not sure if you'd count this. But Red Hood had a cameo appearance in The Lego Batman Movie. He appeared as one of the villains the Joker uses to attack Commissioner Gordon's retirement party.

The identity of this Red Hood wasn't revealed. However, if Dick Grayson is the Robin here, and the Joker isn't Under the Red Hood (pun intended), it can be assumed this was someone else other than the two. This is also what Wikiwand says.

Lian Harper (daughter of The Arsenal Roy Harper) from Earth-2999. She's mentioned as Red Hood; but I think its more like [Little] Red [Riding] Hood and not the murderous Red Hood we all know.

Thomas Grayson appears as Red Hood in Justice League: Generation Lost. His first appearance is in the Issue 14 and it comes with a handy label. However, it seems here that Re Hood is working with the new Batman rather than against him. 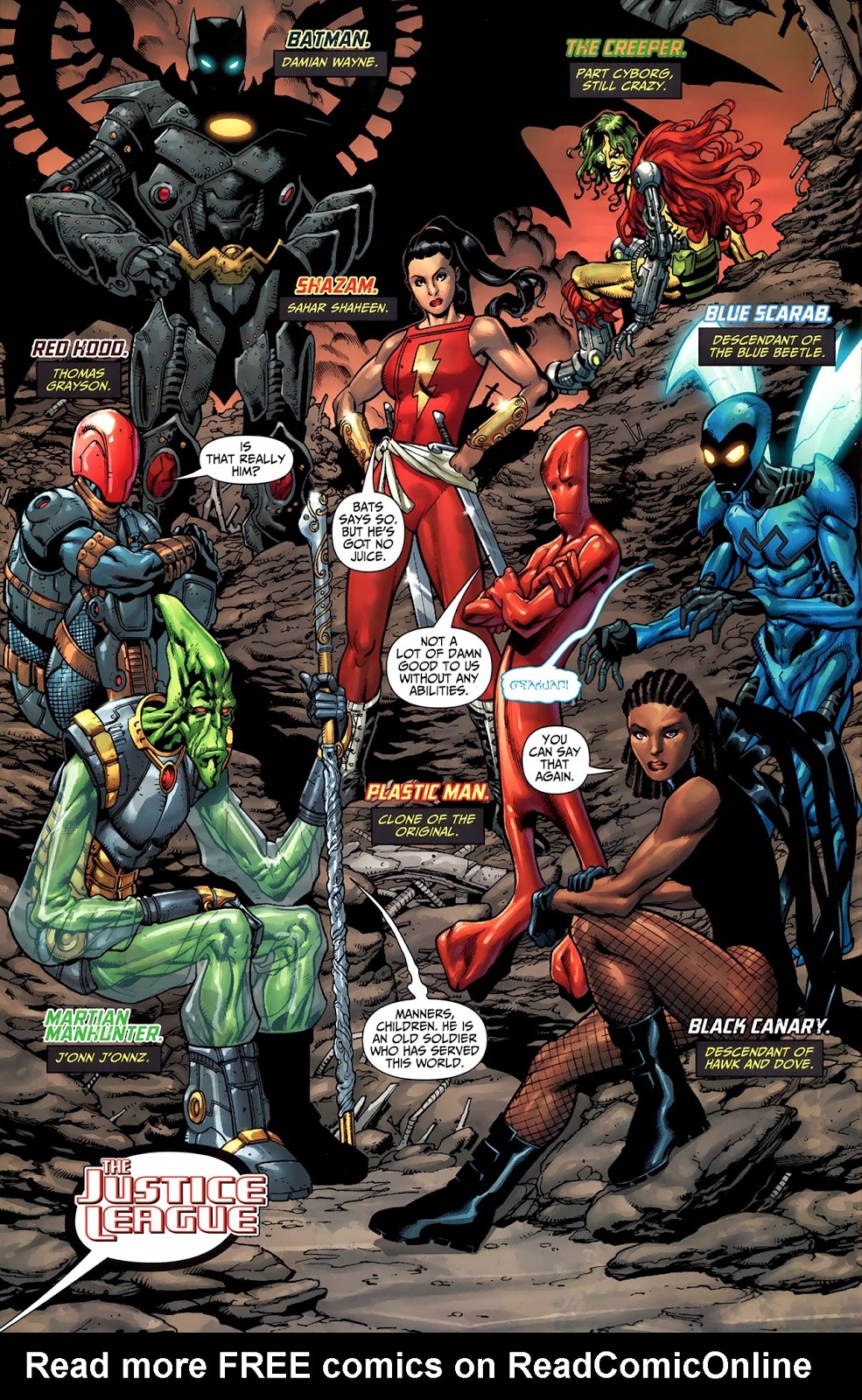 Anders Overbeck, aka Professor Overbeck, also appears as Red Hood in Batman '66 Issues 7 and 8 although he is under the Joker's influence here due to the helmet. 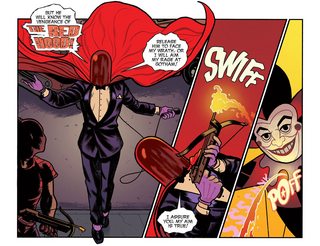 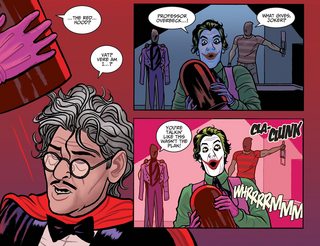 There is a character called Red Hood in Earth-22, Lian Harper, but she is apparently based off of Red Riding Hood rather than the original Red Hood. The wiki page cites Kingdom Come / Revelations as the source but I can't fact check that yet.

Not the answer you're looking for? Browse other questions tagged dc dc-animated-universe or ask your own question.

18
Who are these Bat-family members?
10
How many people who weren't superheroes did Batman reveal his identity to?
8
Is this scene from Batman v Superman trailer from comics?
2
Why no one is able to trace who is the Green Hood through the arrow he uses?
9
Which Lex is this?
3
How many different individuals have been Robin?
13
Who was the first Hero to reveal his secret Identity to the public?
5
When did Bruce Wayne get the amnesia shown in Red Hood/Arsenal #5
17
In the comics, have any of the Robins called their costume “target attraction” for villains?