I recently saw this snippet from what seems like an old Spider-Man comic where he's battling Doctor Octopus. 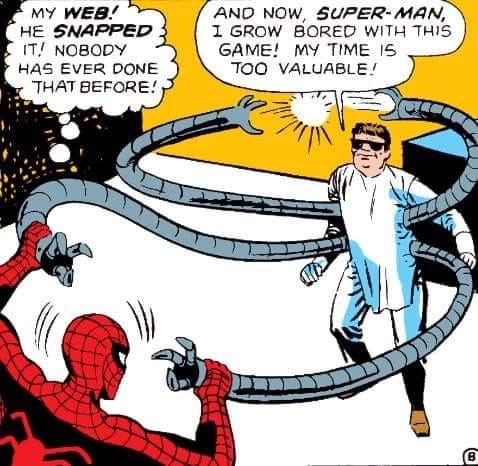 Here, Doctor Octopus is able to snap out of Spider-Man’s webbing after which he says:

And now, Super-Man, I grow bored with this game! My time is too valuable!

I’m looking for the comic book where this occurred.

Also, did any of the publishers comment on this if it was just a typo, or some sort of mistake? 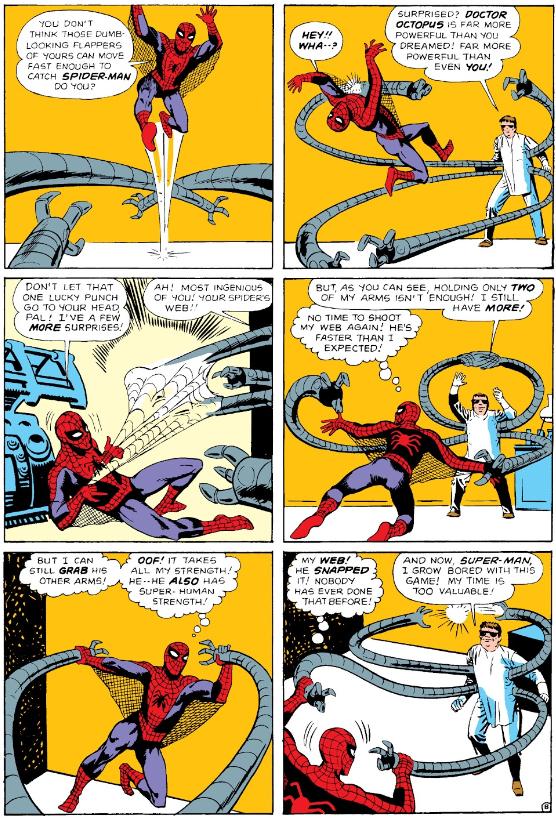 Doc Oct already called Peter Spider-man on the previous page, so it does appear to be a mistake on the author's part. 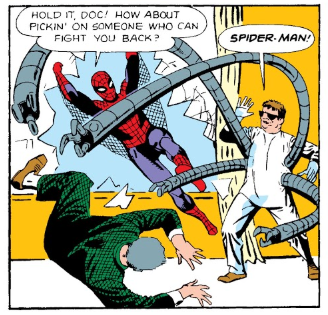 As a side-note, there's also that time where he was mistakenly called Peter Palmer. Granted, that was a clear misprint (given that the letter M is right below K on a QWERTY keyboard), unlike in this case where "Spider" is misspelled as "Super".

So one could assume that Doc Oct said that on purpose, to show that Spider-man's webbing wasn't indestructible, calling him "Super-man" (with a hyphen) just as he broke his webbing.

You can see in this recording of the comic (crazy I know) on youtube:

I couldn't find anything about it being a typo.

Not the answer you're looking for? Browse other questions tagged story-identification marvel comics spider-man or ask your own question.