How old is Mr. Mxyzptlk?

Is there anything in canon (preferably referring to comics Mxyzptlk) that speaks to the age of this 5th-dimensional being?

In Superman: Whatever Happened to the Man of Tomorrow?, we learn that Mxyzptlk is 6000(ish) years old.

Mister Mxyzptlk: The big problem with being immortal is filling your time. For example, I spent the first two thousand years of my existence doing absolutely nothing.

Mister Mxyzptlk: Eventually, simple inertia became tiresome, so I spent the next two thousand years being saintly and benign, doing only good deeds. When that novelty began to fade, I decided to try being mischievous.

Mister Mxyzptlk: Now, two thousand years later, I'm bored again. I need a change. Starting with your death, I shall spend the next two millennia being evil! 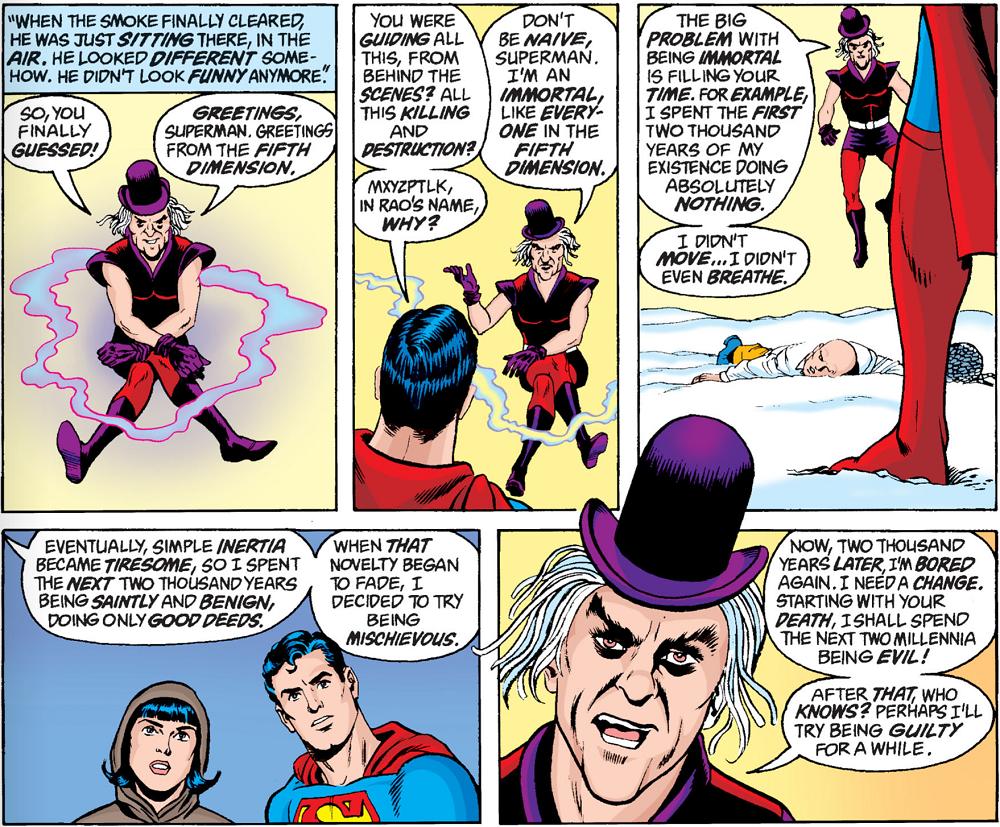 Probably impossible to state by virtue of his being a fifth dimensional imp.

The Fifth Dimension is an inter-dimensional reality that exists outside of the normally accepted space/time continuum. - https://dc.fandom.com/wiki/Fifth_Dimension

Since he comes from a place with with different rules for time, he could be any age.

Not the answer you're looking for? Browse other questions tagged dc dc-extended-universe or ask your own question.