Why can't the Phoenix Five destroy the Red Hulk?

Thaddeus "Thuderbolt" Ross AKA The Red Hulk tries to assassinate Phoenix-Cyclops, in his human form. He is caught and the 'all-powerful' Phoenix-Frost suppresses his ability to turn back into the Hulk, and fails.

Phoenix-Frost then warns the others of the Phoenix-Five that they can't defeat him, and they should just remove him from the situation.

Why did they fail to destroy him?

As I mentioned in the early post: What additional powers does the Phoenix Force grant the “Phoenix Five”? The Phoenix is not in its ideal host. As a result, its capabilities are not nearly as omnipotent as they would be if they were within Jean Grey or Hope.

Their powers are a shadow of what they will be. They are currently utilizing their abilities at the peak of their mutant powers, but nowhere near the peak of the Phoenix's capabilities. It would likely be easier for them to destroy the Red Hulk than it would be to suppress his powers since none of their powers naturally suppress metahuman ability.

Think of the Phoenix Five as remotes for the Phoenix Force. Very clumsy remotes whose powers are nothing like the ones it is used to wielding. A threat like the Red Hulk is not to be trifled with and they would be best served eradicating it, if that is even possible.

It is also clear, they do not understand the mechanics of how his powers work, considering their bungled attempt to short circuit his powers using Emma Frost's psychic abilities. The Red Hulk was an unknown quality to the Phoenix and this worked in his favor as they used energy attacks against a being who only grew more powerful due to those attacks. 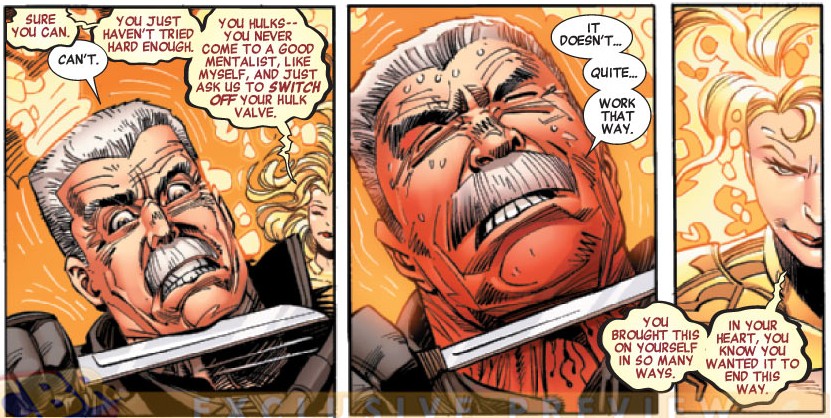 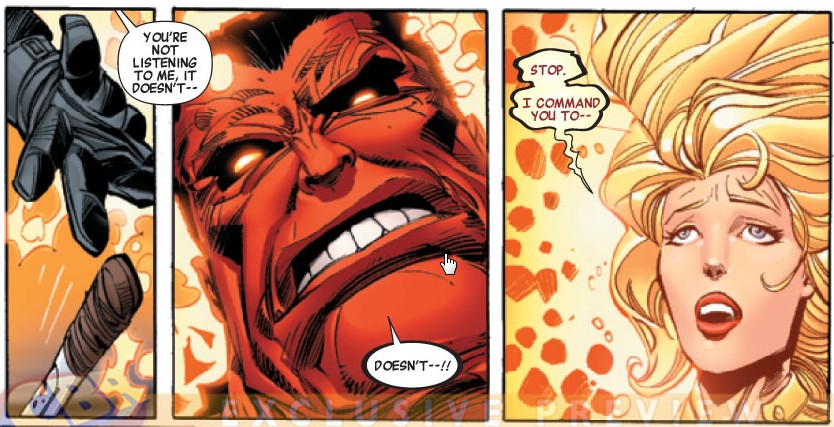 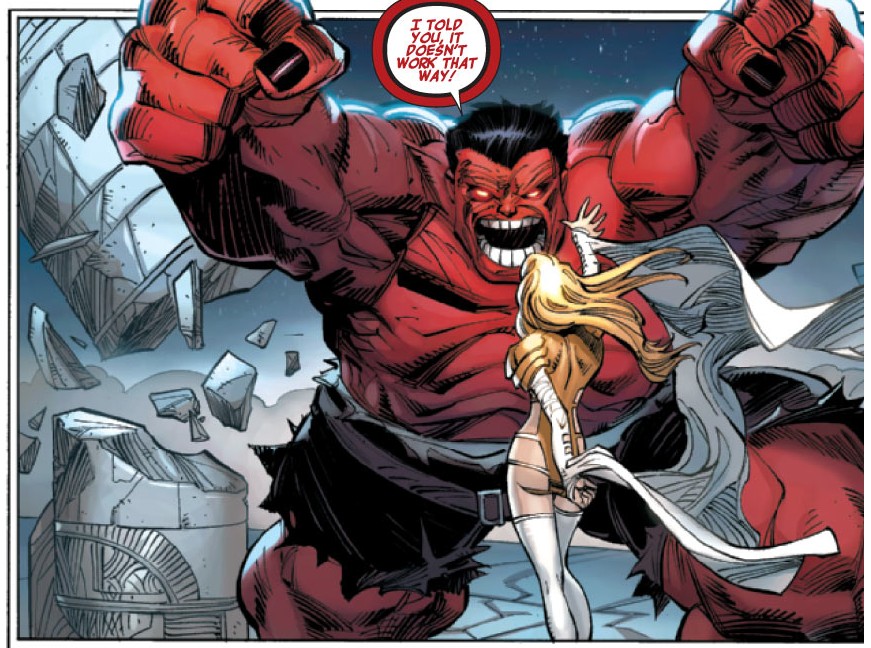 An attribute of the Red Hulk which isn't known to many is what gives him his tremendous power. Red Hulk is able to absorb radiation at will, mostly gamma radiation, but he can also absorb other types such as cosmic radiation. The more he absorbs, the more powerful he becomes.

Not the answer you're looking for? Browse other questions tagged comics marvel avengers-vs-x-men the-incredible-hulk or ask your own question.

7
Can hulks be shut down psychically?
10
Why does Red Hulk lose his mustache when powering up?
6
What additional powers does the Phoenix Force grant the “Phoenix Five”?

6
How did Tony Stark disable the Hulk during “World War Hulk”?
4
What turns the Hulk red?
55
Why can't adamantium cut through vibranium?
6
What additional powers does the Phoenix Force grant the “Phoenix Five”?
3
Why does the Red Hulk stay as the Red Hulk?
5
If the Sentry's powers are limitless, can he truly be killed?
10
Why does Red Hulk lose his mustache when powering up?
5
Why were there two Hulk origin films within five years of each other?