Is the Red Hulk's radiation intense enough to harm people?

I recently learned that the Red Hulk emits much higher levels of radiation than the Green variety.

I also know that the Red Hulk hangs out with the Avengers in his Hulk form, a lot. Most of the Avengers have super-human toughness and resistance so they don't make for great test subjects, but at least some of them are human or near enough. This seems like a recipe for disaster.

Are these emissions intense enough to hurt people or cause cancer/radiation poisoning?

No. I would, based on the long history of the Green Hulk who has always, supposedly, emitted radiation, assume there is no long-term radiation danger of being in the presence of the Hulk if you were a normal human being (aside from the danger of people trying to kill, restrain, destroy, imprison or erradicate the Hulk and his attendant response to such threats). The idea was likely born in the very first issue of the Incredible Hulk when a Geiger counter on a table nearby went crazy as Banner transformed into the Hulk.

EDIT: I had an epipheny. What if any or all Hulks only emitted radiation DURING their transformation into their Hulked out form or during moments of supreme exertion? This would neatly explain why no one dies from radiation poisoning while they are out looking for bad guys or waiting onboard a Quinjet. A burst of radiation, mass is exchanged from that mysterious realm where it sits waiting to be added to their bodies, and then the door is closed; poof! Radiation-free Hulk. 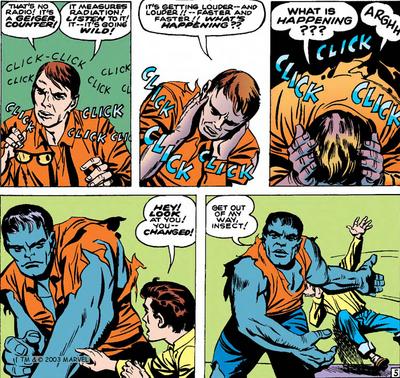 The premise for the radiation emitted by either the Green Hulk (gamma radiation) or the Red Hulk (infrared radiation) has never been effectively quantified by the writers/editors of Marvel Comics. Nor has anyone been said to have died as a direct result of Hulk-emitted radiation.

The underlying phenomenon which is responsible for creating any Hulk has never been comprehensively explained by the Marvel Universe. Completely overlooked has been the nature of potential side-effects of the Hulk's condition. These side-effects would include the Red Hulk but curiously does not include any of the female Hulks. 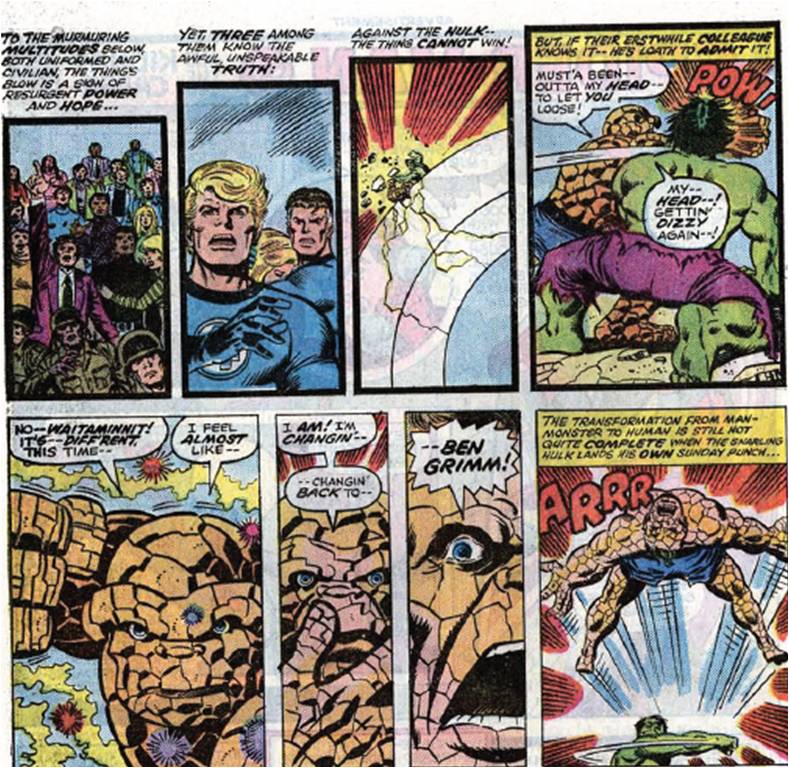 Hulk-emitted radiation transforms the Thing back into Ben Grimm. Take that, Reed Richards!

From my reading of Wikipedia and the marvel wiki, it looks like the angrier the red hulk gets the more HEAT (not gamma radiation) he emits, which is a different part of the spectrum.

Unless it's at very high levels (due to him being very angry) it's doubtful it's an issue.

Even at high levels (you'd have to be pretty close, which has it's own health risks when the red hulk's that angry!) it would burn humans rather than cause cancer/radiation poisoning.

26
Is there a difference in the Red Hulk's and Green Hulk's powers?