What did the Engineers actually initiate on Earth in Prometheus?

In the beginning of Prometheus (the opening scene and the briefing scene), the film conveys that the Engineers did something on Earth that either started life itself on Earth, or started human life on Earth. Does the movie make clear which of the two alternatives it actually tries to convey?

The only thing I found to be somewhat related to that question is the biologist in the briefing stating (I'm paraphrasing here) that he isn't ready to throw out 300 years of Darwinism for some cave drawings. Of course, that comment doesn't make much sense in either scenario (theory of evolution doesn't concern itself with abiogenesis at all, and a single species being added externally to an already existing ecosystem doesn't contradict the theory either), so it doesn't help to decide in either way.

It's not so much a representation of what happened on Earth rather than what the Engineers do: seed life through self-sacrifice.

There are a lot of religious undertones as well. The Engineer hesitates before drinking the cup, something akin to Matt 26:39:

And he went a little further, and fell on his face, and prayed, saying, O my Father, if it be possible, let this cup pass from me: nevertheless not as I will, but as thou wilt.

There are many other allusions to religion, particularly Christianism (and obviously Ancient Greek mythology). This paper is quite detailed about it.

One thing is for certain: there was plant life on that planet, as can be seen in this video at 1:48 and in more detail in this picture. Thus, the Engineers are bringing in foreign DNA to swerve life on the planet with their design.

The Prometheus Blu-Ray's Extras menu reveals what the Engineers were doing: seeding Earth with intelligent life: 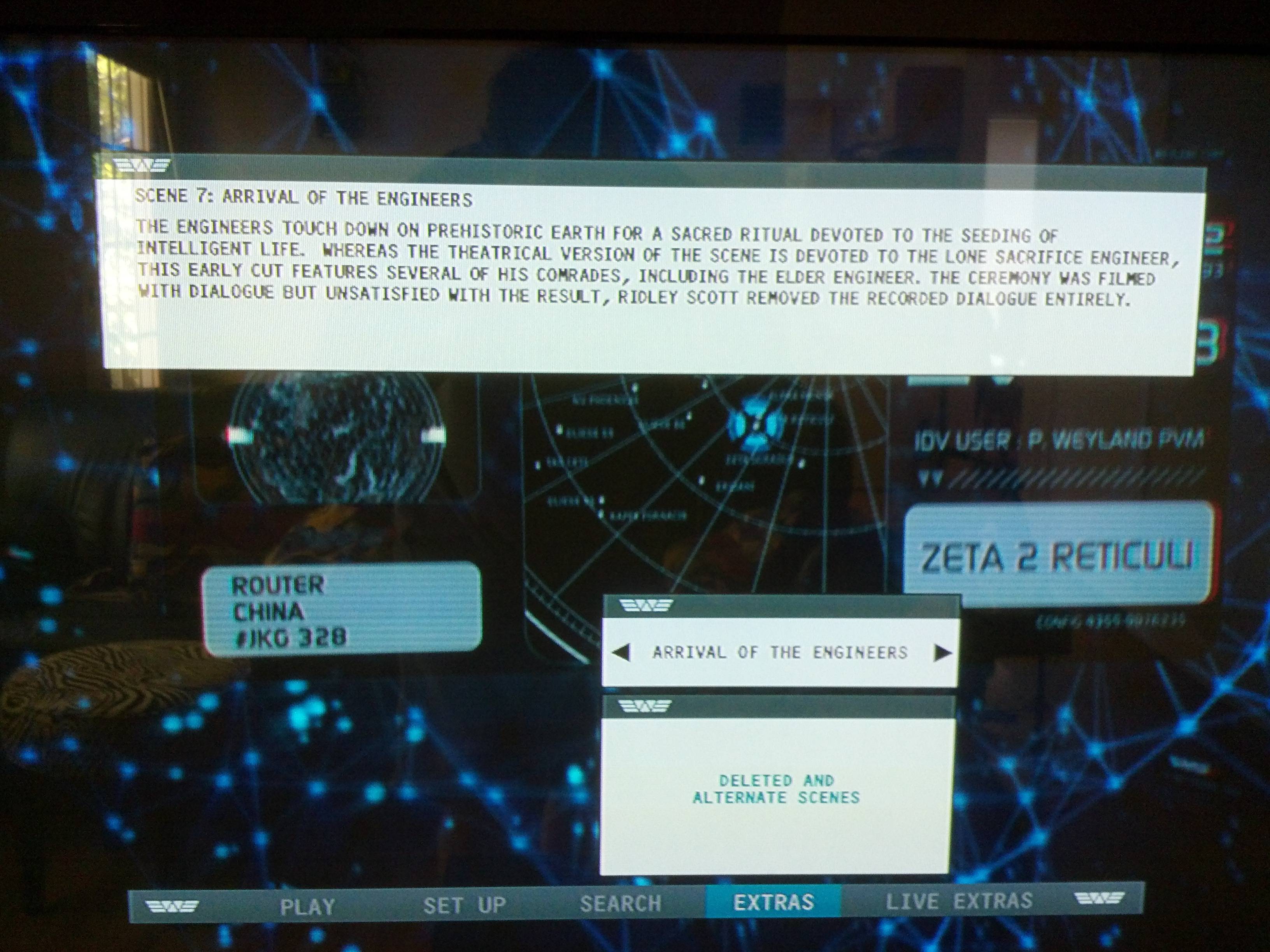 As it was mentioned, there was already plant life on the planet. This can been seen from the areal shots.