Can an avatar pass on their non-native bending genes?

Element Benders can pass on their abilities genetically. I'm wondering is an avatar that has access to more elements than usual is able to pass on more than their native bending talent. We haven't, to my knowledge much to go on but this family tree. 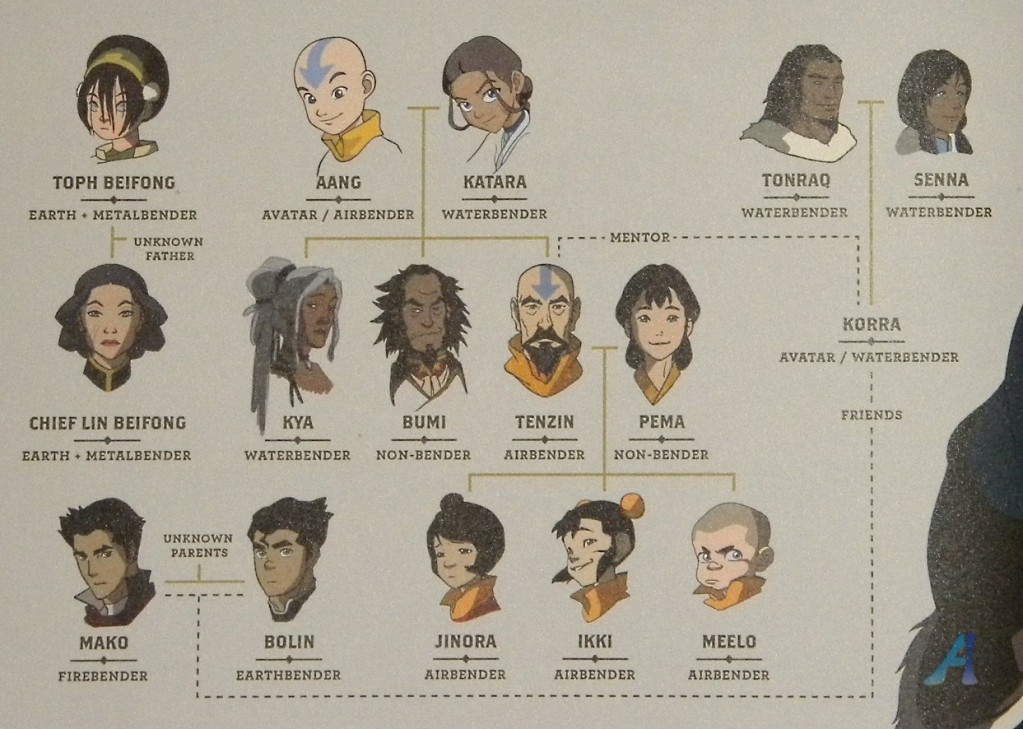 I doubt we'll see any hard evidence soon (i.e. proof by contradiction), but if there is something I've missed theory wise, it would help answer.

I see two lines of thought on this:

Which one is correct, or is there a third option?

TLDR; No -- because the Avatar doesn't have all the bending genes.

The Avatar does not have the genes to bend all the elements; rather, as shown in The Legend of Korra, the Avatar's multi-bending is due to his or her spirit being merged with Raava, the Spirit of Light. 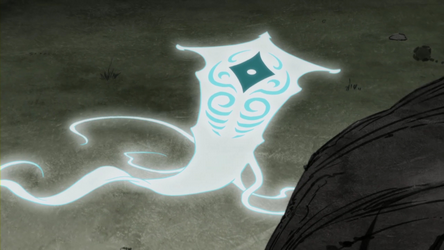 Raava, being a spirit, is able to hold multiple bending arts at once. Human spirits, on the other hand, can only hold one. The merger of the first Avatar, Wan, with Raava allowed him and his reincarnations to bend multiple elements at once.

On the interesting end of things, the state of the Avatar franchise in the first two series had people who self-segregated into nations by the predominant bending ability. This assured that any Avatar was born to a member of a tribe that was known for a type of bending. 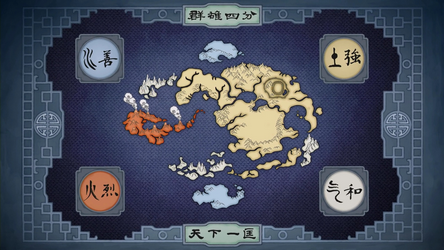 From that point, we see that the Avatar will not only be merged with the spirit of Raava, but will also have the genes of a bender in their own right, (incidentally, it's impossible to tell if they're currently expressed, as the Avatar's bending comes from Raava) which can be passed on to their children. They cannot, however, pass on the genes they do not have.

Eventually, however, all the bloodlines will mix as they have begun to in Korra (the nations, now at peace, have started fusing and their people intermixing), and all people will have the potential to be born benders of any single variety.

I would say number 2:

Being an avatar is purely spiritual, and cannot be 'passed on' as with normal bending genes. This may imply however that non-avatars can become avatars if they contemplate their navels thoroughly enough...

I believe this because as of yet, we have no information that Korra is related to Aang, nor that Roku or any of the other past avatars are related to each other.
Also given the fact that there is a new avatar only at the correct time, ie the old one is always gone before the new one arrives, I would say that 'passing on' the avatar status is spiritual and not genetic.

However, I do not beleive that "non-avatars can become avatars if they contemplate their navels thoroughly enough".

The avatar is a spiritual thing, the avatar is the bridge between the spirit world and the human world. The Avatar Wiki backs me up on this:

The world is an entity, entities only have one spirit, Therefore there is only one bridge between the spirit world and the earthen world at a time.

One world, one avatar, that is all there can be.

The Avatar is a non-hereditary process. Each Avatar is from a different nation every time they manifest, so there is no genetic process that would be able to account for how it moves from nation to nation in an understandable form. So a bender who is the Avatar, may pass on their primary element (their native one) and that would be it. The rest of their power is derived from a spiritual connection to the elements from their past lives. 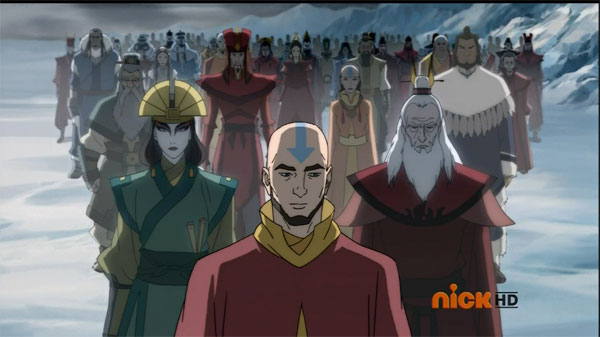 An image of previous avatars, including Aang

I think that from was shown in the shows, being an Avatar is completely spiritual thing. And there is always exactly one Avatar, a reincarnation of the previous Avatars.

All of this is also connected to the origins of bending and possibly energybending, which wasn't explained yet.

No, the avatar can only pass on their native elements to their children. Hope that helps. :)

16
Have people made a correlation with eye color and bending element in Avatar?
7
Can you blood bend Trees in Avatar?
15
In the Avatar world, what exactly are they bending?
8
Can the Avatar bend elements simultaneously outside of the Avatar State?
12
How Do the Other Three Element Bending Nations Sort Their Avatar?
5
During the avatar state can Aang's past lives bend the four elements?
7
Non-bending uses of the avatar state