Is there an inconsistency about Natasha Romanoff's middle name in the MCU?

Dr. Arnim Zola: Rogers, Steven. Born, 1918. Romanoff, Natalia Alianovna. Born, 1984. [they see an old camera moving above them as it analyzes them]

Natasha Romanoff: It's some kind of a recording.

And in Avengers: Endgame, when Clint and Natasha arrive at Vormir, we see Red Skull address Black Widow as:

[Natasha and Clint draws their weapons]

As far as I know, Ivan couldn't have been a nickname for Alianovna (e.g., Bob for Robert or Bill for William etc.). And as I found here, Alianovna is not specified to be a female or a male name.

So, is this an inconsistency on the part of the writers of the movies? Or is there any official/unofficial source that tells us why the her middle name was differently mentioned in the two films?

PS: Zola's mind was transferred into a complex computer system and he possessed knowledge that no one knew (as seen in Captain America: The Winter Soldier). Also, Cosmic Red Skull seemed to possess the information about everyone who visited Vormir (in Avengers: Infinity War and Avengers: Endgame as well). So, I assume that both of them knew what they were talking about.

There is no inconsistency with her middle name if her name isn't following the general Russian naming convention. Her full name is, as we find out from Arnim Zola, Natalia Alianovna Romanoff, and Red Skull is simply saying that her father's name is Ivan, not that that is her middle name.

After a bit more research, though, it would seem that Russia generally uses the naming convention of:

As such this would mean from Nat's patronymic her father's name should be Alian. Or her middle name should have been Ivanovna/Ivanevna. However, in the comics (Earth-616) it is revealed that Ivan Petrovich Bezukhov is actually Nat's adoptive father after saving her from rubble as we see in Black Widow: Deadly Origin Issue 1. 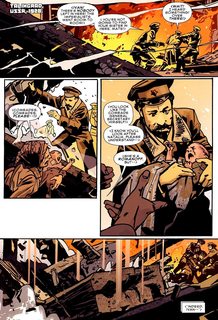 Therefore, it would seem that Nat's actual father in the MCU should be called Alian and Ivan is actually her adoptive father's name if they are true to the comics. Perhaps we'll find out more in Black Widow.

To further this Ivan Antonovich Vanko, aka Whiplash, who we see in Iron Man 2 has the father Anton Vanko. Here the middle name is a patronymic for his father and he is Russian. It would seem then like Nat's father in the MCU is actually called Alian, but Ivan adopted and raised her. Maybe Red Skull is going by the same motivations in his statement as Yondu does to Peter.

Yondu Udonta: He may have been your father, boy, but he wasn’t your daddy.

Either that or the MCU has forgone Russian naming conventions just for a small Easter Egg to the comics which isn't entirely impossible.

Clint Barton: Why, 'cause he knows your Daddy's name?

Natasha Romanoff: I didn't. Thanos left here with the stone without his daughter. It's not a coincidence.

She may also have known her actual father's name, from Arnim, but not her adoptive one. Red Skull does seem to use a person's "daddy" rather than their proper father as we see when Thanos and Gamora go to him.

There is only one option regarding middle name in Russian (and in all Slavonian countries) - in fact it is patronymic but not a second name. And it always equals to the [name of the FATHER] + [possessive ending] like "son of" "daughter of".

Regarding "Alianovna" - it sounds like a joke or might be a bad transcription. There is no such Slavonian name (at least for now).

That means if Natasha's father is Ivan - she definitely has 'legal' second name - [Ivan]ovna.

Not the answer you're looking for? Browse other questions tagged marvel marvel-cinematic-universe avengers-endgame captain-america-the-winter-soldier black-widow or ask your own question.

28
What did Loki mean when he called Natasha (Black Widow) "Drakov's daughter"?
13
Was Hydra behind the events of the Avengers?
6
What's the connection between Community and Captain America?
38
What is the Lemurian Star really doing in Captain America: The Winter Soldier?
12
How does Zola end up like this in The Winter Soldier?
20
How old is Captain America at the end of "Avengers: Endgame"?
2
Why does the Red Skull say Gamora's wrong father?
19
What does the name "Black Widow" mean in the MCU?
1
Has it ever been suggested that Natasha Romanoff is of the Romanoff Dynasty?