Around 6 years back I started watching a movie on television and could never finish.

In the very start of the movie, a male actor wearing a red T-Shirt (let's say his name is Tom) became invisible and no one was able to see him. He was roaming all known places across the city and got to know he is invisible. Until he entered a building where a man was able to see him. Then Tom asked that person what is happening to him.

This is the point where I had to go for work and I was never able to find which movie it was. Stupid me that although the movie looked interesting to me I didn't read its name properly. I just thought it would repeat soon on TV. I know my description is vague and highly incomplete. Anyone has any idea? 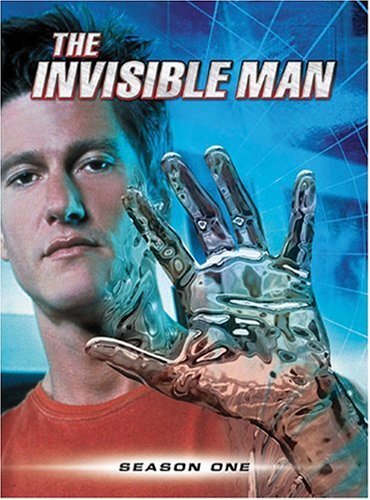 (Note the red t-shirt.) This is the Sci Fi channel (note contemporary spelling) series "The Invisible Man" It originally aired 2000-2002.

Darien Fawkes (the titular character) could control his invisibility, so he could have turned it off on the way into the building. The building could have been the Agency that he works for.

A couple of notable things about the way invisibility was used in this show:

3
A criminal is recruited by government agency and experimented on. Turns invisible and becomes a super spy

27
Movie with a town where it is always night and the protagonist has amnesia
6
What is the name of the movie from 80's with ray cyclotron from observatory?
7
Sci-fi movie identification: on TV in early 2000s or earlier - cannibal alien family
1
I'm searching for the name of a zombie movie
4
A movie where a man dreams he's a woman living an alternate life