Why didn't the Ferengi just steal the whole NX-01?

In Episode 1x19, a couple Ferengi manage to stun (almost) the entire crew of the Enterprise NX-01 and board it wearing gas masks to steal valuables: 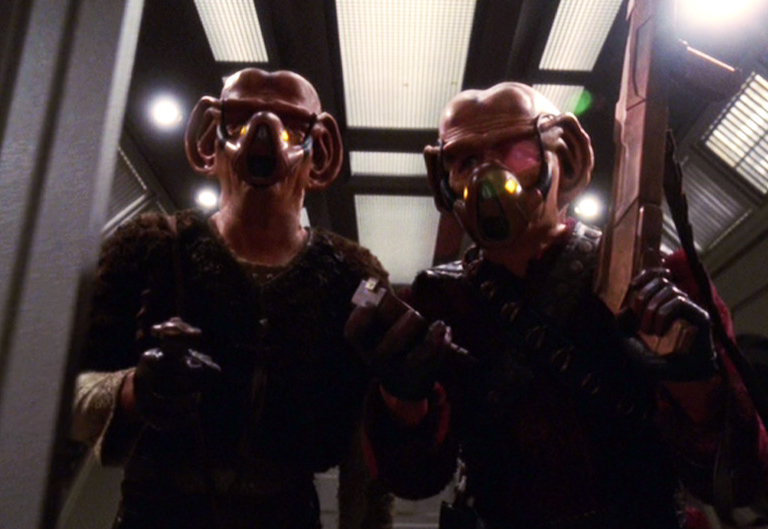 We see the four Ferengi dock with a pretty pathetic little ship and loot all decks basically grabbing everything they consider remotely of value (including chairs!), plus a couple of crew members -- apparently to sell as slaves.

At any rate, why don't they just take the entire ship? They're probably not ruthless enough to just kill everybody; But they could search the ship for all crew members (I think they have technology that is sophisticated enough to detect life signs, right?) put them in escape capsules / shuttle pods / whatever, and then just steal the whole ship, including all its valuables. The ship itself is probably worth more than any of those Ferengi could heist in their lifetime. Additionally, they'd have all the time they need to find that elusive vault.

The NX-01 required a crew of nearly a 100 to operate and maintain on a day to day basis. A crew of 4 Ferengi probably would not be able to operate and maintain a ship that large long enough to get it to a destination where they could sell it. Add to that they would have to deal with the crew on a long term basis, unless they were to eliminate them completely. It's a matter of logistics, really.

We know that ships in the future could be automated enough for longer term operation by a small team, but the NX-01 was essentially an experimental prototype and it is unlikely that such a high level of automation was possible. So again, a crew of 4 Ferengi would be unlikely to be capable of operating it on their own.

Like most petty thieves, they go for the quick grab. A major score is beyond their capability.

There's a simpler reason, as well: The NX-01 is an alien ship, with unfamiliar controls, from a species they've never seen before. Universal Translators work well for spoken language, but not so much the written language - especially the Ferengi ones, which are implanted in their ear.

To use a parallel, how long do you think it would take you to figure out how to use this console without blowing up the ship, given you know nothing of their language or culture (so you can't assume red is danger, for example)? 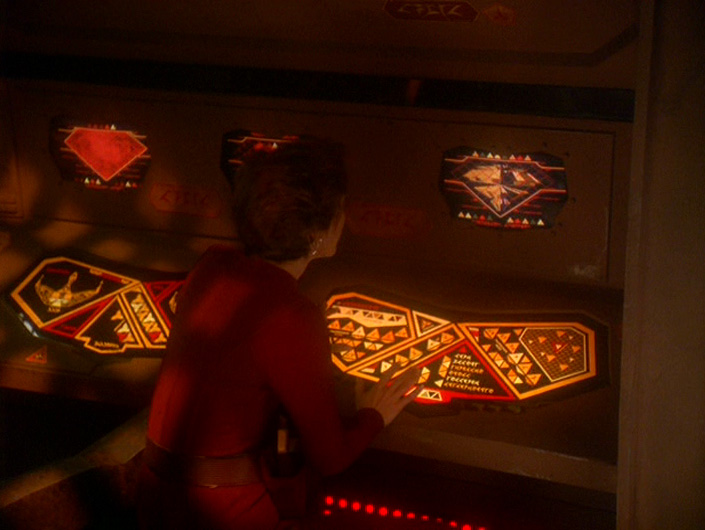 Not accounting stealing chairs (but then again that's part of the Ferengi's general goofiness), the overall NX-01 would probably have been of very much lower technology than theirs. Ferengi Alliance space is supposed to be far from Earth, meaning they could travel much father and much easier than this... hu-mon ship.

Quite apart from everything else, where would you fence it? Random pieces of alien "art" (whether the aliens who made it think it's art is irrelevant!), personal equipment, and the like you can easily pass off as beneath notice, but if the humans' new NX starship goes missing, and you turn up behind the wheel of a new NX starship, you're gonna have a hard time passing that off as a legitimate purchase.

(Even if you assume the humans couldn't force you to give it back - which might be accurate at this point - other spacefaring nations probably look askance at that sort of blatant theft. It doesn't do to encourage that kind of behavior, after all - you might be next on the list.)

Not the answer you're looking for? Browse other questions tagged star-trek star-trek-enterprise ferengi or ask your own question.

17
Why were Ferengi unknown to 24th century Starfleet?

17
When did the Ferengi lose their formidability
17
Why were Ferengi unknown to 24th century Starfleet?
8
Where do the Ferengi Rules of Acquisition come from?
16
What does the Ferengi Emblem represent?
23
How has no one annihilated the Ferengi?
1
Why didn't the Ferengi Commerce Authority take Quark's mother's house and possessions?
9
Why are desiccated Ferengi green?
15
Why do the Ferengi keep their women naked?
47
Why are all the doors on Ferenginar (the Ferengi home world) far shorter than the average Ferengi?
12
When was the earliest opportunity the Voyager crew had to return to the Alpha quadrant after being stranded?