In the events of Amazing Spider-Man #Brand New Day and after it becomes clear, that Peter somehow erased the knowledge of his secret identity from literally everyone. Neither villains nor heroes know who Spider-Man is anymore. In #590 Johnny Storm realizes he used to know Spider-Man's identity, but can't remember that. Spidey later (#591) explains to Reed how this all works. 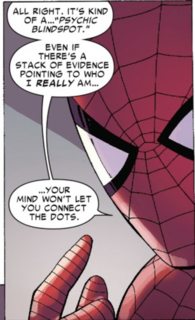 However, MJ still knows his identity. There's a hint in #559-561, where she talks to him over PA and says that they met in another life. 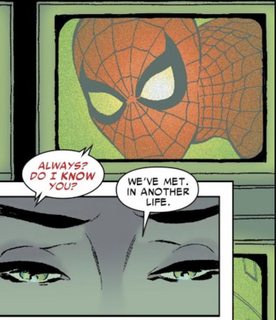 Later in #601, when Peter and MJ agree to meet, but she oversleeps and misses it, she watches news about Spidey and knows it's Peter. 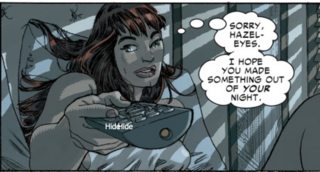 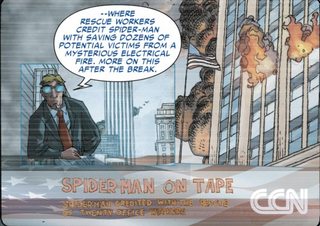 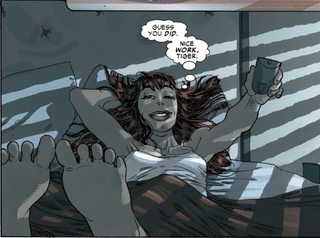 If everyone's mind has been swept off, as Peter points and explains to Reed, how come that MJ still knows who Spider-Man is?

As per @Shreedhar comment, this clearly implies MJ thinks that Peter talks himself up by talking Spidey up. 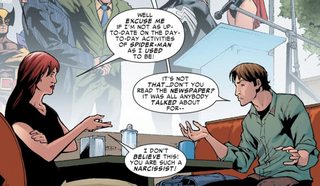 This is all explained in the One Moment in Time story line which recounts what happens: why they never got married, how Aunt May was saved and how Mephisto actually changed the timeline. Effectively all he does is allow a criminal to escape which sets a spiral of events in motion as we see in Amazing Spider-Man Vol. 1 Issue 638. 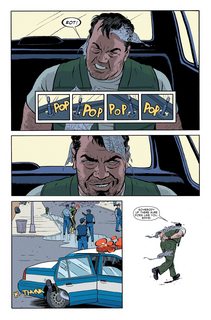 This all culminates in that criminal going after Aunt Anna, MJ and MJ's family. MJ is knocked unconscious from a blow to the head in this and Peter takes her away to Strange. Once there he asks Strange to wipe his unmasking from existence. Strange meets with Tony Stark and Mister Fantastic in the Astral Plane to do this. This all happens in Amazing Spider-Man Vol. 1 Issue 641.

During the process Peter is to be sealed away and protected to be the sole carrier of the knowledge. However, he leaves the cocoon and takes MJ in with him so they are the only two who know Peter's identity. So in short MJ never has her memory of who Peter is erased. 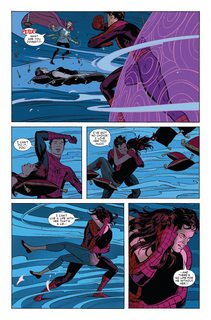 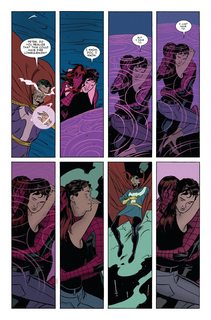 8
How much air does Johnny 'burn'?
3
How does Spider-Man use his magnetic webbing in a vacuum?
26
How does Ego know what a celestial is?
6
How was Ego born?
13
How does Tony Stark know Spider-Man's web shooter formula?
8
Did Peter's mother know that Ego was not human?
6
Has anyone been suspected as being Superman's alter-ego, other than Clark Kent?
10
Spider-Man and Fantastic 4 crossover comic with Double Identity Scene
5
How big is Ego the Living Planet in his comic form?