What is the Real Scale of the Breath of the Wild Map?

I am questioning the world as it was built in the game The Legend of Zelda: Breath of the Wild. 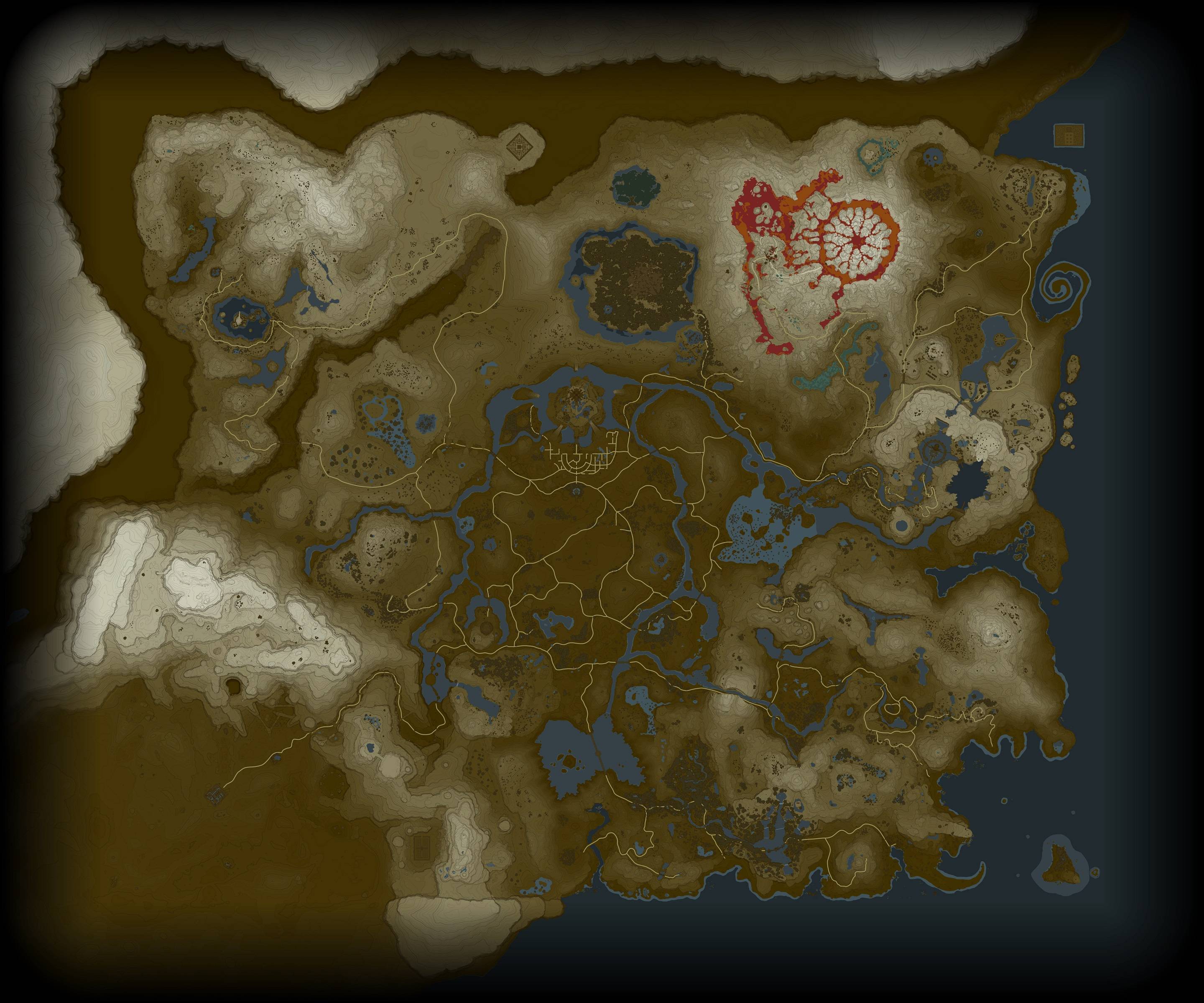 Using the game's own paragliding system, it's been calculated that the map has an area roughly equal to 84 sq km.

Is this calculation correct?

It only takes a few minutes to fly across the entire desert, and less than a half hour to cross the entire map on foot. However, the time scale is 60x faster than real life, so one would need to take this into consideration.

For those unfamiliar with the game geography:

Good answers will give estimates based on real calculations, explaining how answers were arrived at.

I know it’s been a while since this thread was started, but I have something to add. I am actually the author of that Reddit post you linked. (I’m glad you found it interesting.) Since then, we've come a long way— and actually have a definitive answer. Through datamining, there is the extremely helpful BotW Object Map. It’s mostly used for the locations of in-game items, but recently I noticed there is a measuring feature that uses the in-game meters system, much as I did. If you turn on the field map areas (the areas the game internally uses to control the weather among other things) you can see the boundaries of where Link can explore. Using the measure feature we find Hyrule is a rather neat 8 km by 10 km, or 80 sq. km— which fits my original estimate of between 72 and 86! So Hyrule isn't very large in real world terms, but the developers certainly did a good job at making it seem so.

I also want to add that they definitely did take the sped-up time scale into account in the game— just possibly not accurately. When you obtain all the memories, Impa says Kakariko Village is about three days from the Blatchery Plain, which obviously means in-game and not in real life. The Object Map tells us that the distance, following the path, is about 2.25 km. I’m not sure if she meant by horse or by foot though, so something to test in the game is how long it would take! To answer the general question of time, I guess it depends whether you assume days in Hyrule are just much shorter than in real life, or if it narratively is supposed to be equivalent regardless of actual activity. That could change the narrative effect of Link being asleep for 100 years— if it’s in Hyrulean time, that’s only 1.667 years in real life!

84 square kilometers is roughly 9.16km to a side (5.6mi). Eyeballing the map, this seems reasonable.

However, the average walking speed of a human is about 5km/hr, which means you should be able to cross the map in about 2 minutes Real Time. If it takes about one day/night cycle in-game to cross the map, this would imply that the map is 120 kilometers across (or ~75 miles). This makes for a total map size of 14,400 square kilometers

If I had to guess, I'd say the map is indeed closer to 85km2, but that Time is not set to reflect this in terms of movement speed.

Of course this is only using his movement speed as a measurement. 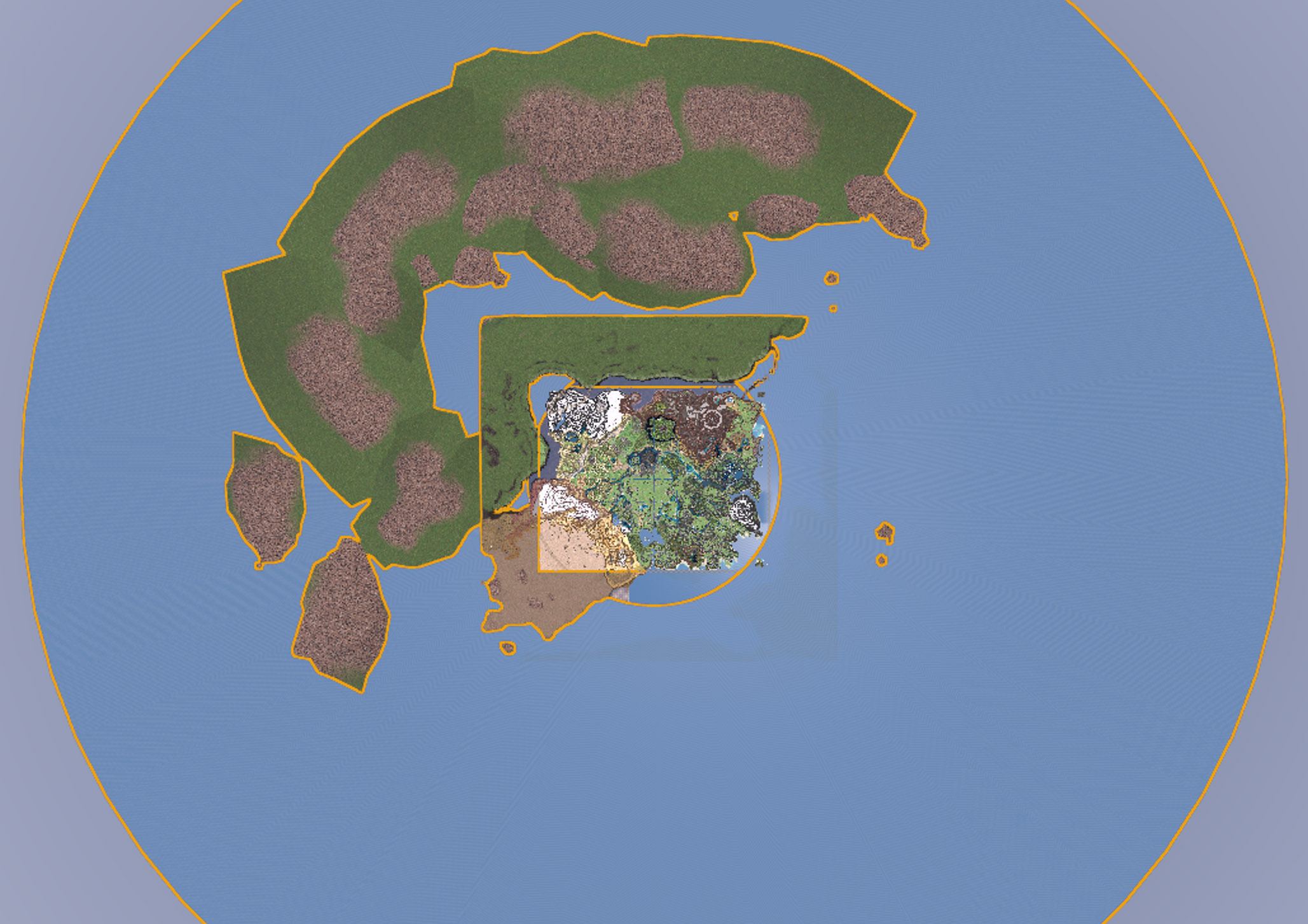 On the land of Hyrule, players can reach almost all of Hyrule except for the western and northern edges of the map. This area is 10km by 8km, so technically The Legend of Zelda: The breath of the Wild's map is 10km by 8km.

In addition to the playable map, there is a ring of external terrain around the map. The entire external terrain contains dimensions of 16km by 16km. This is the maximum map size that this terrain system can represent in Breath of the Wild. 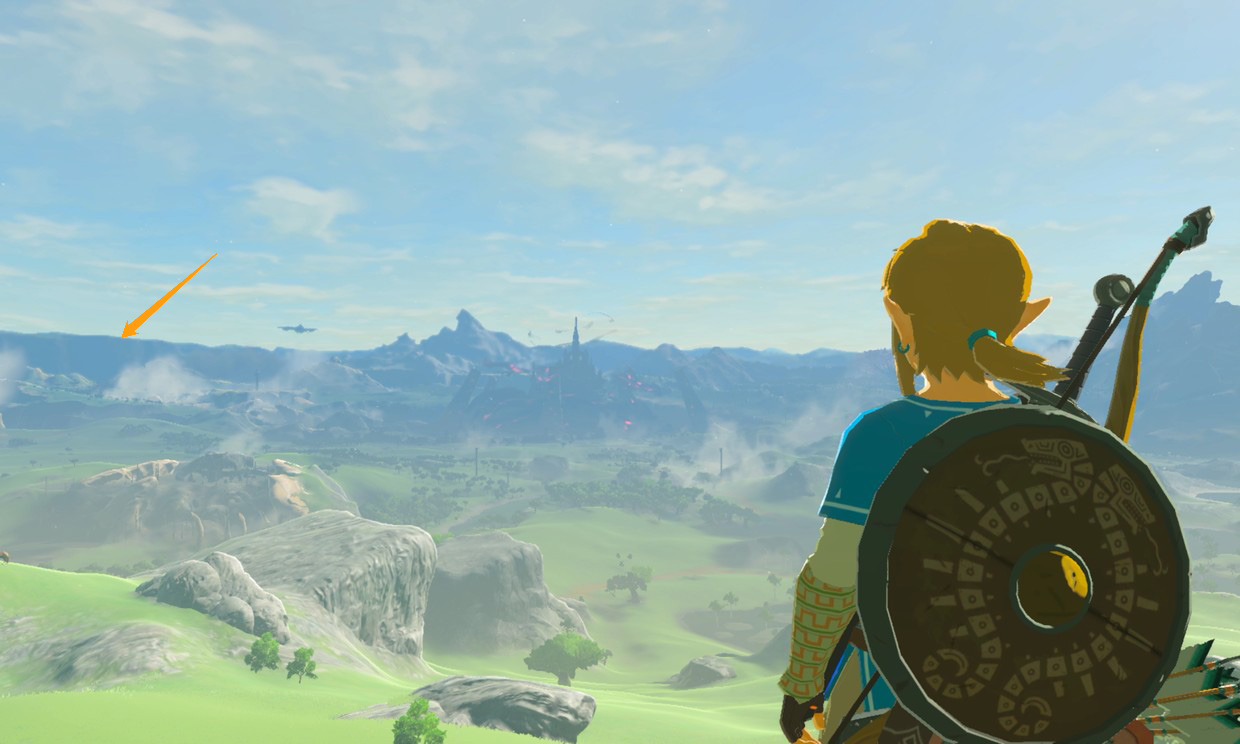 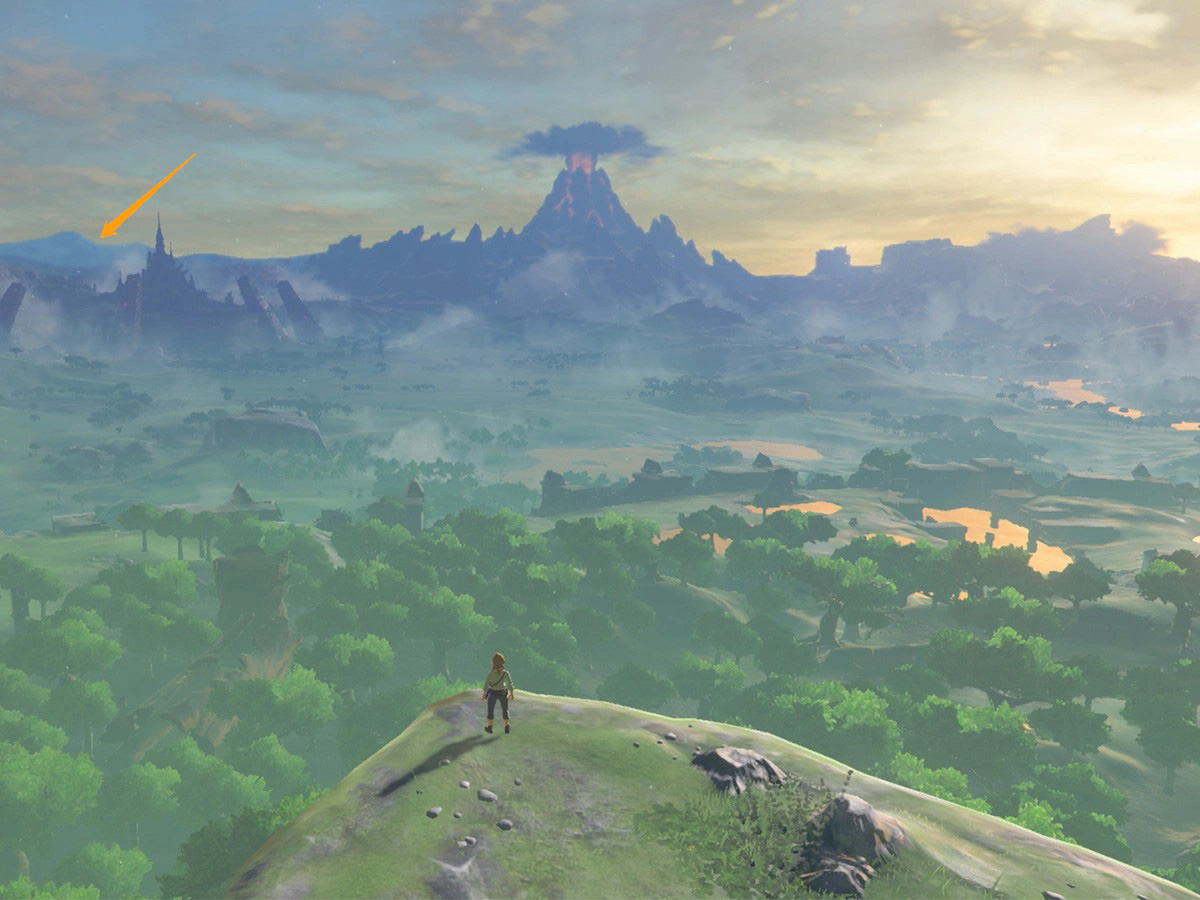 The largest object on Hyrule, except the sky box, is the distant sea, which is 55 km in diameter.

See the TAColor article 'What is the Real Scale of the Breath of the Wild Map'.

Not the answer you're looking for? Browse other questions tagged the-legend-of-zelda map geography or ask your own question.