Where exactly in Golden Gate Park did Sulu land the Bird-of-Prey in Star Trek IV: The Voyage Home?

Is there a suitably large grassy area in Golden Gate Park where a cloaked Klingon Bird-of-Prey could land? I don't think there are any hints in the film.

The film wasn't on location in the real Golden Gate Park but on the polo field of the Will Rogers State Park.

‘Golden Gate Park’, though, where the crew parks the ‘Bird of Prey’, is actually Will Rogers State Park, 14253 Sunset Boulevard, Pacific Palisades in Los Angeles. The park is the former estate of humorist Will Rogers in the Santa Monica mountains.

As to the specific location of the Bird of Prey, the script tells us that they're parked approximately 15km into the park, on an almost direct west bearing to the township of Sausalito, San Francisco where the Cetacean Institute is based.

KIRK: We'll stick together till we get orientated. Bearing to the whales?

Unfortunately, such a bearing would place them squarely in the Gulf of the Farralones. 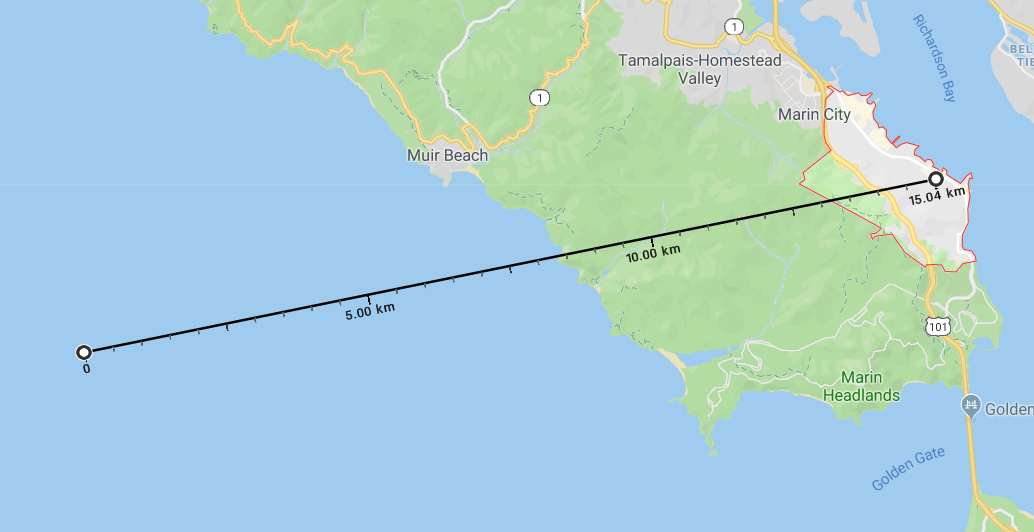 Assuming she meant due north (bearing 0), that would still place them about five kilometres outside of the park.

19
Couldn't you use systematic phaser fire to find a known cloaked enemy?
9
Were the HMS Bounty footprints inspired by crop circles?
10
Why didn’t park-goers bump into the invisible HMS Bounty more often?
19
Where did Sulu get the money for the helicopter?
4
Why was the Grissom sent alone to study the Genesis planet in Star Trek 3 : The Search for Spock?
42
Is the Klingon Bird of Prey a Canada Goose?
26
Is there a canon reason why Klingon and Romulan vessels are so similar in shape?
13
Was General Chang's ship ever duplicated?