When did phasers replace cannons in Star Trek ships?

Enterprise NX-01 uses phase and plasma cannons as well as torpedoes. NCC-1031 also used cannons throughout the series, until Such Sweet Sorrow part II. In fact at the Battle of the Binary Stars, both Federation and Klingon fleets were using cannons. 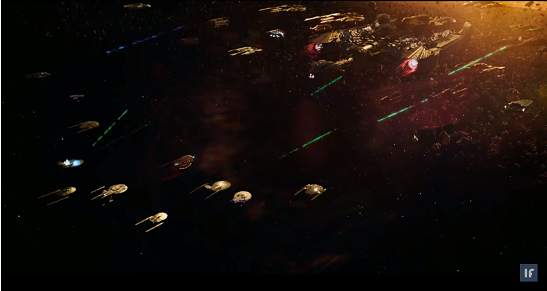 While Memory-Alpha states the Discovery has phaser banks they never seem to be used.

However in Such Sweet Sorrow part II NCC-1701 was clearly using her phasers (photo):

When did Starfleet begin using phaser banks as a primary weapon?

The NX class had plasma cannons as it's primary armament, when their arsenal proved inadequate, they upgraded the armament to the new "Phase cannons" and by the 23rd century phasers were invented. Phaser rifles were introduced at sometime before 2265, Phasers onboard starships sometime in the he 23rd century.

20
How did Starfleet replace 39 ships in a year?
8
How many ships did Starfleet have during Star Trek Enterprise?
22
When is Star Trek: Discovery set?
8
Do Hand Phasers And/Or Disruptors Have An Auto-Target Feature?
9
When is site-to-site transport perfected in Star Trek?
7
In Star Trek Discovery, is Emperor (Empress?) Georgiou meant to be related to Empress Sato?
0
In Star Trek, is "Aye, Cap" based on real-world military use?
6
Why did Star Trek Discovery's phasers fire in short bursts, but switch back to beams?
4
How did Admiral Dougherty obtain a cloaking device?