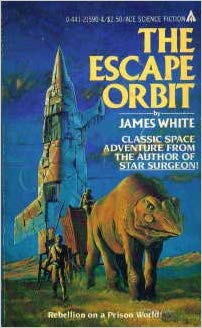 17
Trying to identify a novel I read as a child about a dystopia with social classes and high-security prisons
21
Short story about amnesiac man sent to a prison planet
12
'70s/80s novella: humans foment uprising on POW planet in order to win intergalactic war
24
Book about aliens arriving in an old country; people capture their spaceship and arrive at alien's planet
23
2010s novel series about a supernatural prison inside a tiny cube
6
Children's book/story about ghosts allergic to wood
9
Story about soul-trapping prisoners to serve full sentences
7
Old post apocalyptic cartoon where the main character has red hair and lives with a nomadic group