I was trying to remember an anime I was watching in 2011-12 on Netflix but I cannot find it anywhere. What I do remember is that a boy has a necklace with a green gemstone that teleports him to a different world. They have these gems that summon beasts and the boy has a gem that summons a Blue buffalo-Dog with orange horns, and I think one of the main characters names was Edin? Oh and there was this one episode with a wolf-virus or something.

This sounds like "Magi-Nation". Quoting the summary on IMDb:

Three thousand years ago in the Moonlands, the evil Shadow Magi Agram was sealed inside the planet's Core by the Core Glyph and the Dreamstones which provided its power. Now he plans to escape by using his Shadow Geysers to weaken his prison in order to bring the Moonlands under his control, and only a Magi known as the "Final Dreamer" can stop him. A young boy from Earth, Tony Jones, is summoned into the Moonlands as he is believed to be this Final Dreamer. He joins forces with the apprentice Magi, Edyn, and the Shadow Stalker, Strag, on a mission to gather the Dreamstones before Agram is set free. Using the Book of Elders, the three travel through the Moonlands while combating the forces of Agram and gaining an ever-growing collection of Dream Creatures from the Moonlands that they visit.

The "blue buffalo-dog with orange horns" might be this creature: 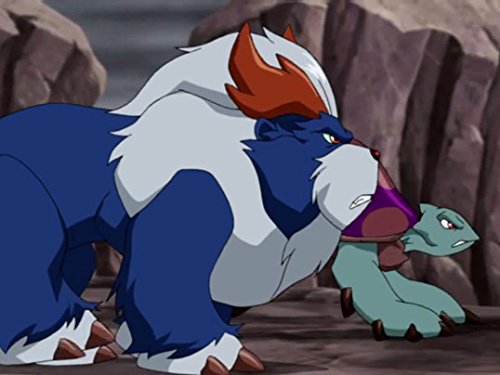 The trailer shows a necklace with a green gem transporting a boy from Earth to another world, and the use of gems to summon creatures: 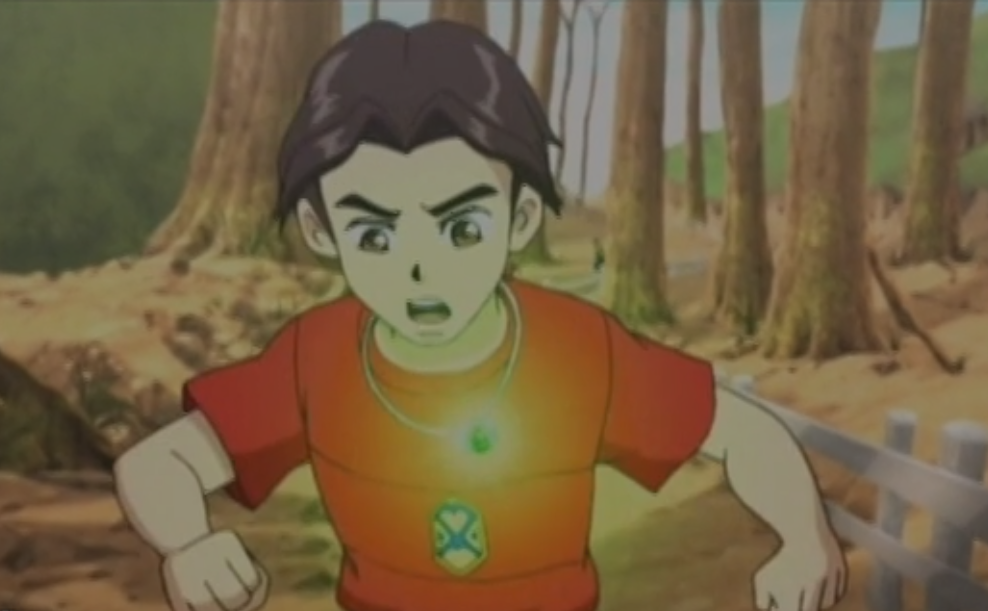 The Wikipedia page for the show has a list of episodes, but nothing there sounds like the heroes dealing with a virus unless you're just remembering how Dream Creatures can be corrupted into Shadow Creatures 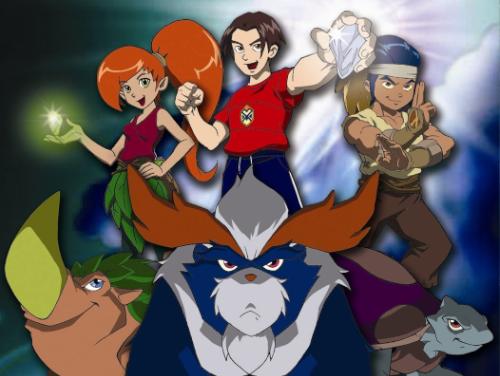 The three main characters all have gems that contain animals ("dream creatures"), each with their own abilities. And the main character does come from a different world but I think it was actually a ring with a gem.

(This answer was copied in part from my answer to a different question.)

6
Anime with gems that can summon beasts to fight for the user, one is a purple turtle
2
Cartoon/animation with this green gem/rock thing that they used to summon creatures
1
Anime/Cartoon where the protagonist finds a lost gem which awakens a red, gold and white lion

6
Anime with gems that can summon beasts to fight for the user, one is a purple turtle
7
Anime like pokemon but with crystals
6
Anime about a boy who summons a blue 'legendary' monster that fights other monsters
4
Anime/cartoon: Tony and his 2 companions find the gems that fit into the legendary book
4
Anime about a boy who summons a robot with a sword or a flute
9
Anime about boy & summoning monsters
4
TV Show where monsters are cast from runes to fight one another like pokemon
2
Cartoon show with a blonde boy in a white shirt who found a necklace in a vase with which he can summon a creature