Is Spock still married to T'Pring in the Kelvin timeline?

In the Original Series episode "Amok Time", Spock reveals that he is married (in an arranged marriage when they were children) to T'Pring. When he undergoes the pon farr, he returns to her, but he releases her from their marriage bond after she initiates a duel to the death with Kirk as her champion.

Is Spock still married to T'Pring in the Kelvin timeline, at least until his first pon farr? Since he's in a relationship with Uhura, that could be interpreted as him being unfaithful to his wife if they were still married.

In the continuity comics (Star Trek Ongoing 24 (After Darkness), we see Kelvin Timeline Spock return to his people. His betrothed, T'Pring is present and they prepare to mate. 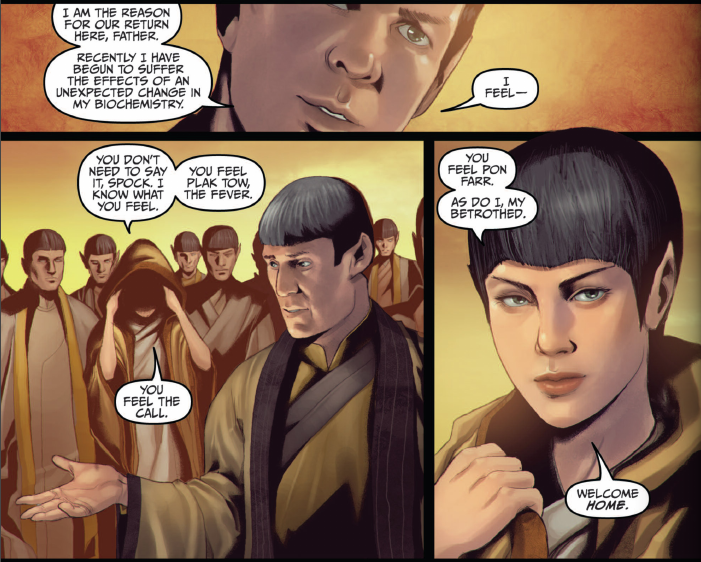 A few issue later (and after much kerfuffle but no hanky-panky) he overcomes his Pon Farr and they part as friends rather than as a married couple. 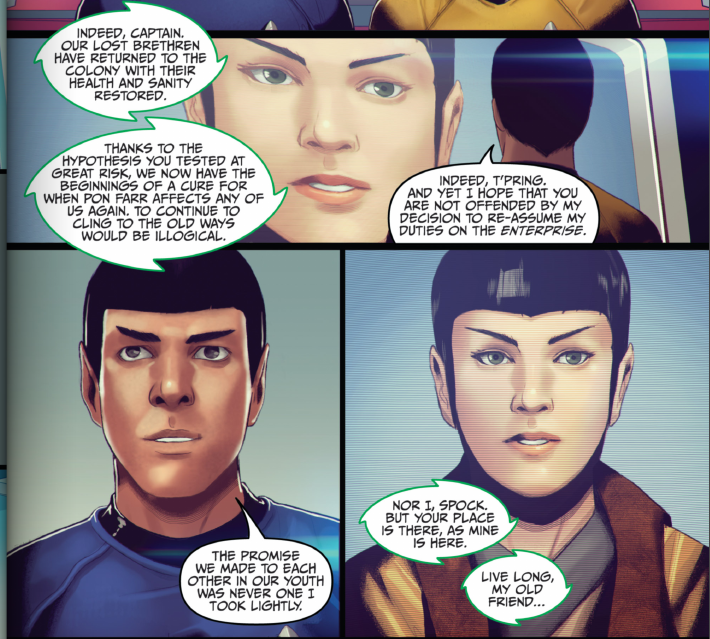 Not the answer you're looking for? Browse other questions tagged star-trek star-trek-tos star-trek-2009 spock or ask your own question.

7
if Spock had a child with a human would it still have Vulcan powers?
93
What is the logical reason for bullying Spock?
21
Is Spock married?
8
What is the earliest instance of Spock being called “Dr. Spock”?
9
Can Spock speak Klingon?
2
Are whales extinct in the Kelvin timeline?
6
How fast can Spock read?
17
When Nero marooned Spock why didn't Spock go to Scottie's science lab sooner?
3
Does Michael Burnham exist in the Kelvin timeline?