Which Star Trek species are not uniform?

Which recurring Star Trek species (having appeared in 5 or more separate episodes) are physically not uniform? E.g.

Half-species (like Commander Sela) do not count as exceptions for the Romulan brow ridge.

Andorians. In 'Enterprise' (Bakula et.al), we find out that there is a minority Andorian offshoot called the Aenar - blind albinos with some telepathic capability who live under the snow and ice on Andor. 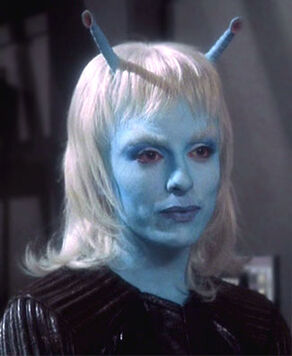 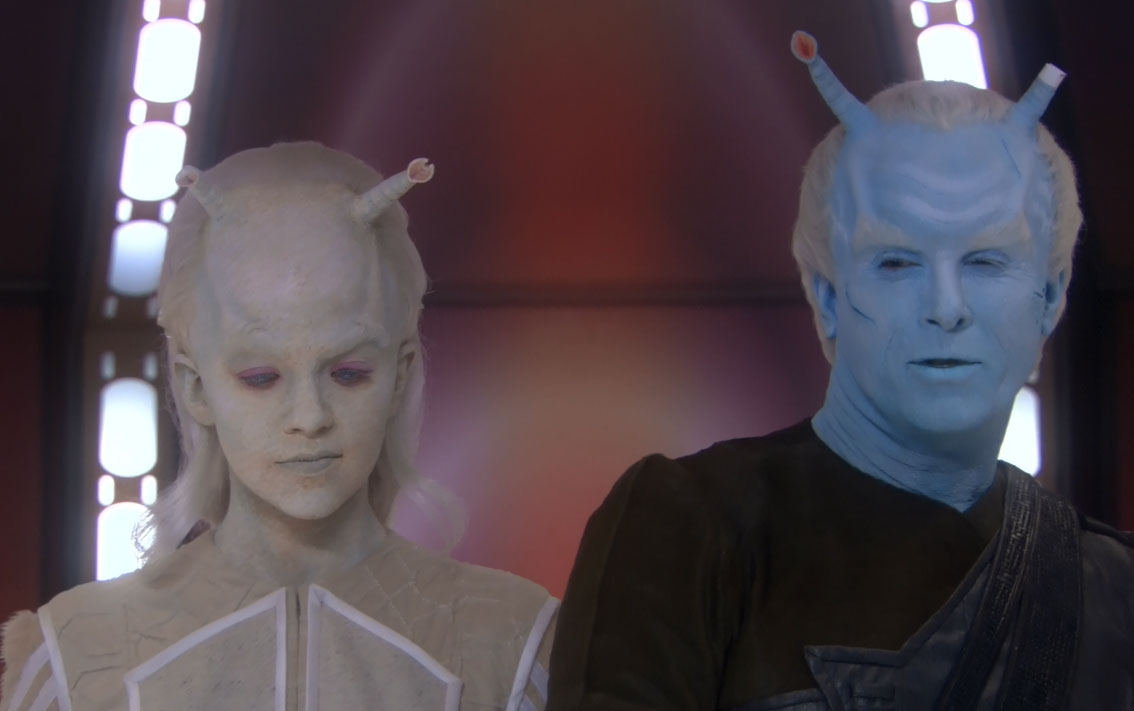 By far the most diverse species we see is the Xindi from Enterprise, who all share biological origins but come in:

The different Xindi species were extremely similar in their functionally important DNA, sharing over 99.5% despite the apparent physical differences. (ENT: "The Xindi") All the Xindi species shared distinctive ridges on their cheekbones and foreheads.

At least with the primates, you also see variations on skin tone.

Also from Enterprise are the standard blue Andorians, but also their albino subspecies.

You've omitted the most obvious example, the Ariannians, who had two entirely distinct races, with appearance so opposite that nobody could possibly mistake one for the other: 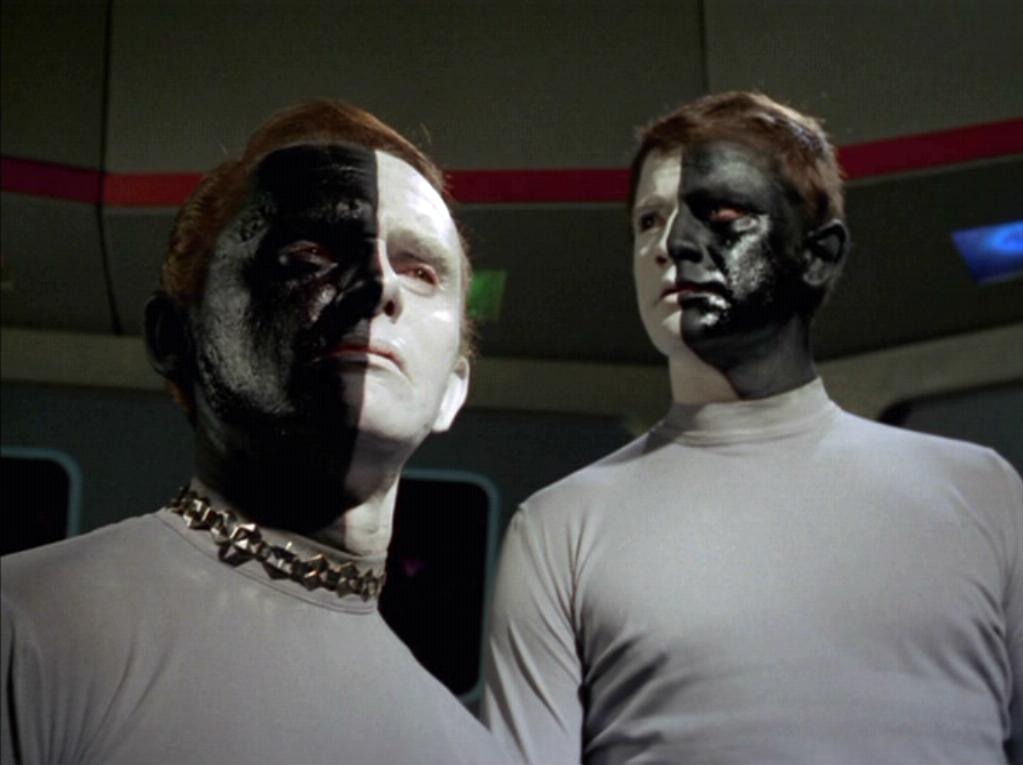 As with races on 20th and 21st century Earth, Ariannians' social and economic status depended strongly on their coloration. (And of course the episode in which they appear was intended very clearly to demonstrate the absurdity of Earth's racial divisions)

There is some variation in the the appearance of Vulcans: Blonde Vulcans in Star Trek?

As for Klingons, it sometimes seems like every new movie or television series gives the Klingons a slightly different average appearance. When Star trek: the Motion Picture appeared in 1979, many fans complained that the Klingons in it were so different that they weren't really Klingons at all.

In TNG and later productions, many, but not all, Klingons have been portrayed by "black" actors, while in TOS and TOS films most Klingons were portrayed by "white" actors. Thus there is considerable variation in the facial structure of Klingons, at least in the parts of the actors' faces that show beneath varying amounts of makeup.

In TOS the very human looking Klingons were portrayed by "white" actors with varying amounts of dark makeup, and so the apparent skin color of TOS Klingons varied a lot. Furthermore, in the first Klingon episode "Errand of Mercy" Klingons had eyebrows which split at the sides, while TOS Klingons had non split eyebrows in some later episodes.

And then there is Star trek: Discovery in which Klingons look a lot different from other Klingons. In fact I think that a number of fans complain that they aren't really Klingons because they look so different.

When Dax, a Trill, was a regular in DS9 the fans noticed, and many complained, about how different the Trill were compared to the Trill in the TNG episode "the Host". So it is certainly possible that both Trill hosts and Trill symbionts have different races or even different species.

I think that I remember that in one of Phil Farrand Nitpicker's books he commented on how different some members of some species appeared compared to other members of those species.

The site Ex Astris Scientia has a section called "investigations" about various inconsistencies and problems in Star Trek. That includes discussions of the changes in the appearances of various species in Star Trek.

18
Is Tuvok the only black Vulcan?
6
Blonde Vulcans in Star Trek?

18
Why are there so many human Borg?
2
Were the Xindi in Enterprise and the Xendi in The Next Generation the same species?
37
Which actor appears as the most different species in Star Trek?
21
Which ship has the most prolific “recurring” role in Star Trek?
18
Are any of the races in Star Trek Beyond seen in other shows?
32
Does same-species racism exist in Star Trek?
9
Do any other TNG-era Romulans lack brow ridges?
5
Do light-skinned Klingons exist?