How old is Arthur Fleck in Joker?

Halfway through the 2019 Joker movie, it was revealed that

However, soon it is made clear that

Arthur was simply adopted and neither his parents’ names nor his actual name are known.

Talking about the Waynes, Thomas Wayne looked to be somewhat in his late 40’s or early 50’s (by my guess) and Arthur’s mother seemed to be of around the same age. But I couldn’t find any reference that showed Arthur’s age in the movie.

So how old is the Joker in the movie Joker?

PS: I’m only talking about the character in Todd Philips’s movie and not about any other Jokers.

In the leaked script, which seems pretty accurate from a skim and after watching the film, he's noted as being in his 30's. As this comes from the leaked script though there may have been changes since so it might not be totally accurate.

CLOSE ON JOKER (30's), tears in his eyes from laughing so hard. He's trying to get it under control. His greasy, black hair is matted down. He's wearing an old, faded red hooded zip-up sweatshirt, a threadbare gray scarf, thin from years of use, hangs loosely around his neck.

As Eric's answer notes, Arthur also states Penny worked for the Waynes "over 30 years ago".

Arthur Fleck: You worked for him over 30 years ago. What makes you think he would help you?

The clerk at Arkham State Hospital also notes that Penny's file is from "over 30 years ago".

Clerk: Sorry for the wait. All our records that are 10 years or older are stored in the basement. You're talking over 30 years ago,-- I had to do some serious digging.

The script then notes that Arthur was 3 years old in the photographs from the case file. As he was 3 then and this is over 30 years ago and he's in his 30's that would mean he's got to be late 30's.

ANGLE ON JOKER, catching his breath. He opens the file, flipping through the records, finds the page the clerk was reading. As he reads it over for himself, he HEARS his mother being interviewed for her psychiatric assessment, over 30 years ago.

Lastly, Thomas Wayne's accounts of what happened also seems consistent with everything else. So, whether or not he was adopted or really is their son doesn't seem to matter too much for how old he is.

Thomas Wayne: She never told you? Your mother adopted you before she even started working for us. She was arrested when you were four years old and committed to Arkham State Hospital. She's batshit crazy.

When Arthur Fleck got his mother's (Penny Fleck) records from the hospital, one of the admission papers state that it was November 2, 1952 when the 25-year-old Penny Fleck was involuntarily admitted for the third time. According to the hospital clerk's dialogue with Arthur, and from what I can see on the papers themselves, this was also around the time that the authorities found out that Penny's boyfriend was physically abusing her and Arthur. 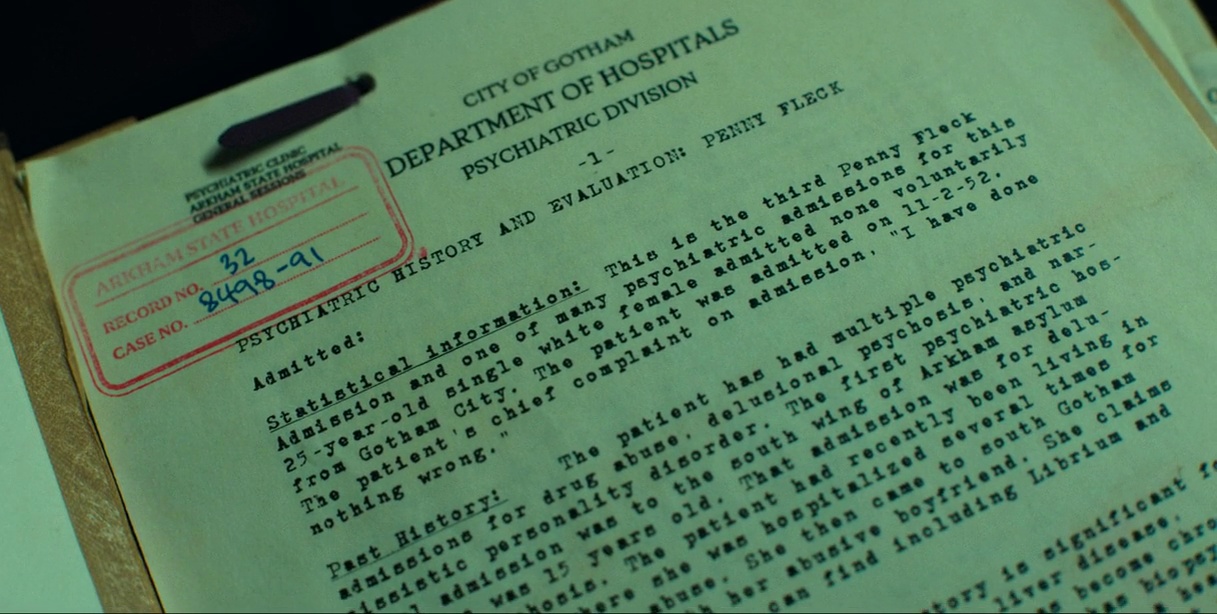 With the records is a newspaper clipping that shows Arthur Fleck was three years old around this time. This puts Arthur's birth year in 1948 or 1949. The records also include photos of an abused three-year-old Arthur. 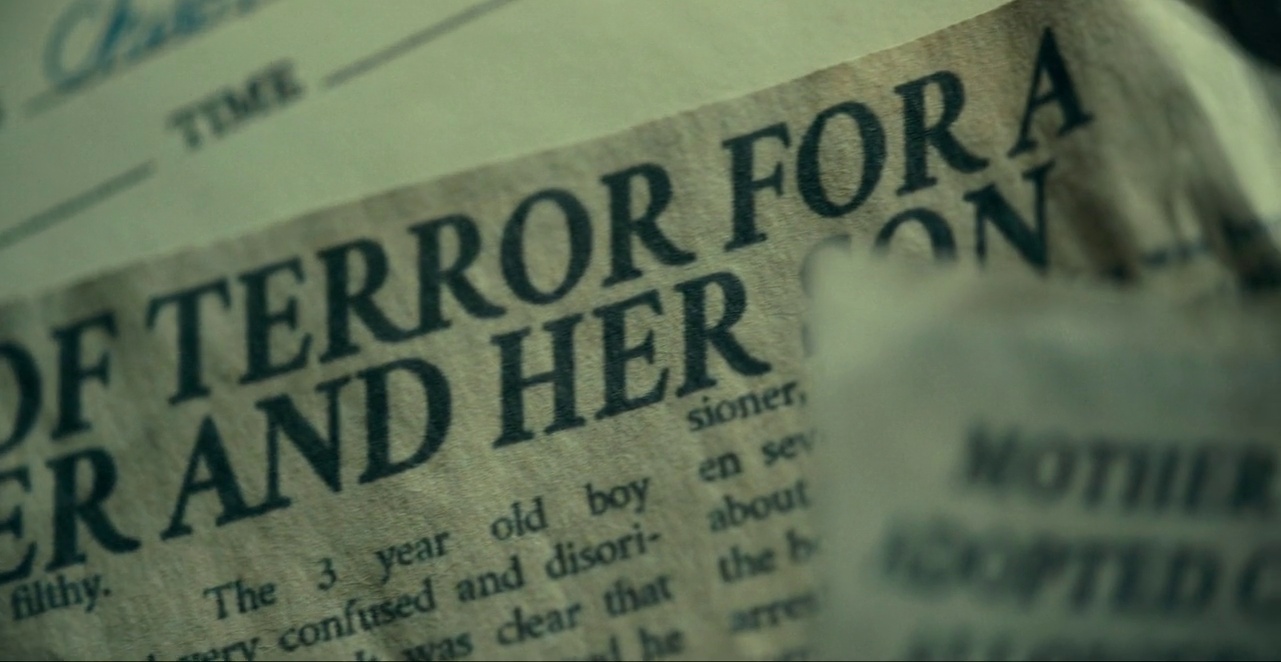 On the marquee of the movie theater that the Wayne family exits are: Blow Out and Zorro, The Gay Blade. Both of these movies were released 1981. 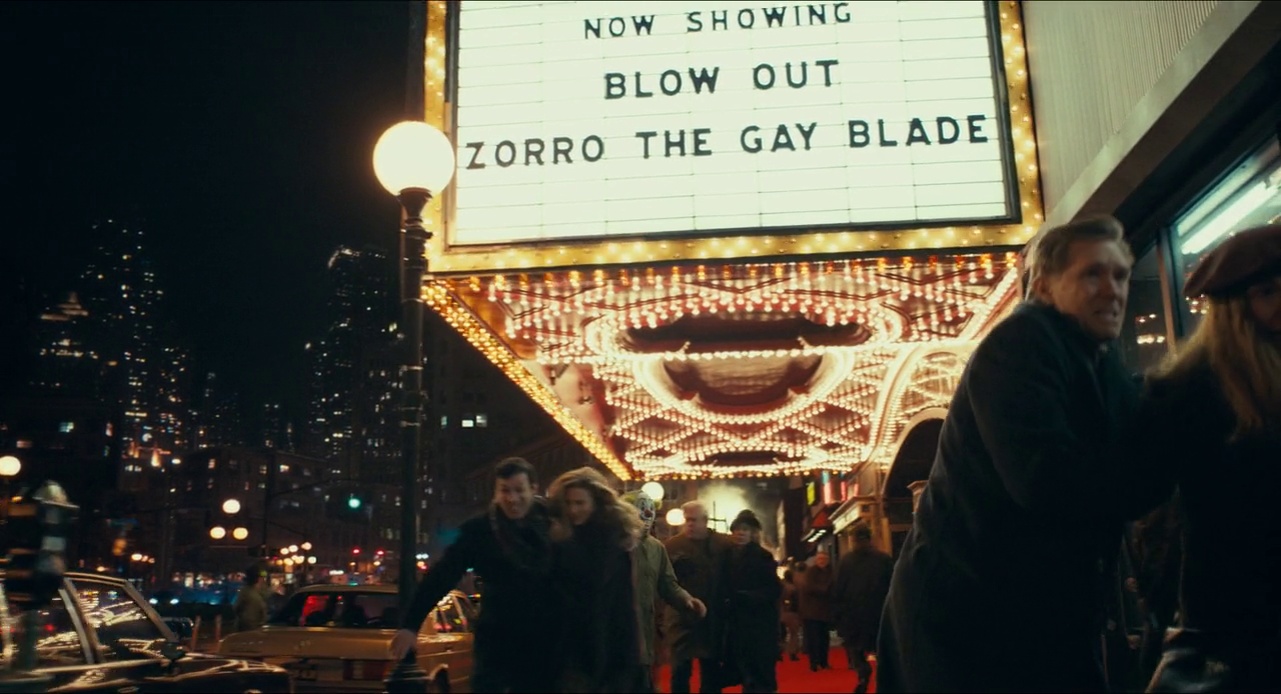 Calculating from Arthur Fleck's possible birth years results to an age of either 32 or 33.

His mother worked for Wayne "30 years ago". Arthur says that while bathing her. So he's probably in his early to mid thirties.

Arthur Fleck: You worked for him over 30 years ago. What makes you think he would help you?

Alfred says his mom left when she was put in hospital. He was 3 years old in the clipping And Arthur said she worked with Wayne 30 years ago that would make him 33

33
Has anyone ever tried to execute the Joker?
38
Why does the Joker always laugh?
12
How much older than Bruce Wayne is the Joker supposed to be?
51
Is the Joker based on anything?
32
Is the Joker left-handed?
19
What happened to Sophie in her last encounter with Arthur Fleck?
3
Is Joker (2019) part of the DC Extended Universe?
5
Which scenes in Joker are real?