Can the Infinity Stones be destroyed?

The way the lore goes; the 6 Infinity Stones were created when the universe itself was created and represent all aspects of life. The Space Stone, Reality Stone, Power Stone, Mind Stone, Time Stone and Soul Stone when collected together represent the ultimate power in the universe.

Thor believed/told Thanos that the Space Stone (Tesseract) was destroyed on Asgard. Obviously it wasn't because Loki had lifted it when he put Surter's crown into the Eternal Flame but could it have been if he didn't snatch it? Can they be destroyed by any means available to any creature or circumstance in the cosmos?

That would very much depend on how you define “destroy”. Thanos in Avengers: Endgame reduces the Infinity Stones to atoms by using their power against themselves.

Natasha Romanoff: Where are the Stones?

However, right after that, he states he destroyed them this way.

Bruce Banner: You used them two days ago!

Thanos: I used the stones to destroy the stones. It nearly killed me. But the work is done. It always will be. I am... inevitable.

Now if you go by the definition of rendering them unusable, which the Avengers and Thanos believe he did, then yes you can very much destroy them. However, they were still there just broke up into atoms which one could say meant they weren’t destroyed.

It’s also worth noting what The Ancient One tells us about the Infinity Stones. She says they create the flow of time and removing one would make time split. As this did not appear to happen after Thanos destroyed the Stones, we can probably say they weren’t “removed” as such so weren’t 100% destroyed.

The Ancient One: The Infinity Stones create what you experience as the flow of time. Remove one stone and that flow splits.

And of course Thanos' actions aside it's also worth mentioning that Wanda destroyed the Mind Stone in Vision's head in Avengers: Infinity War. Again though the Stone appears to be destroyed but no lost completely. It looks to be reduced to fragments/atoms but not gone, gone. So your interpretation of what destroyed means plays a big part in whether this counts or not.

Whilst this question is about the MCU, it is also worth noting that in the comics the Infinity Gems have been destroyed on a few occasions. For example, as we see in New Avengers Vol. 3 Issue 3 when Cap is using the Infinity Gems to push away the other Earth. 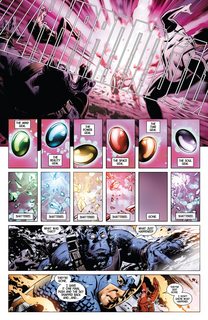 Note that according to the directors Thanos did not manage to destroy the stones:

...according to the Russos, the Infinity Stones aren't actually lost: "Thanos only reduced the stones to the atomic level. The stones are still present in the universe."

36
In the MCU, who created the technology surrounding the Infinity Stones?
22
Did Loki steal the Tesseract, again?
7
What happened to Odin's treasures after Ragnarok destroyed Asgard?
7
Why does Loki take the Tesseract?
2
Would Ragnarök/Surtur even be capable of destroying the Tesseract?
10
Wouldn't reality have been destroyed at the beginning of "Endgame"?
1
How did Thanos know the Tesseract would be with Loki on the Asgardian ship?