Are only the bones in Wolverine's skeleton adamantium?

I was discussing this with a colleague at work, and we couldn't find any definitive answers.

Are, for example, the joints in Wolverine still regular ones, or are they covered in adamantium as well? And what about his cartilage?

In short, what are the ears of Wolverine made of?

The Punisher blows Wolverine's face off in Punisher #16 (2002). While the ears are unharmed, the nose was blown off as well, so no adamantium there. Probably not in the ears as well. 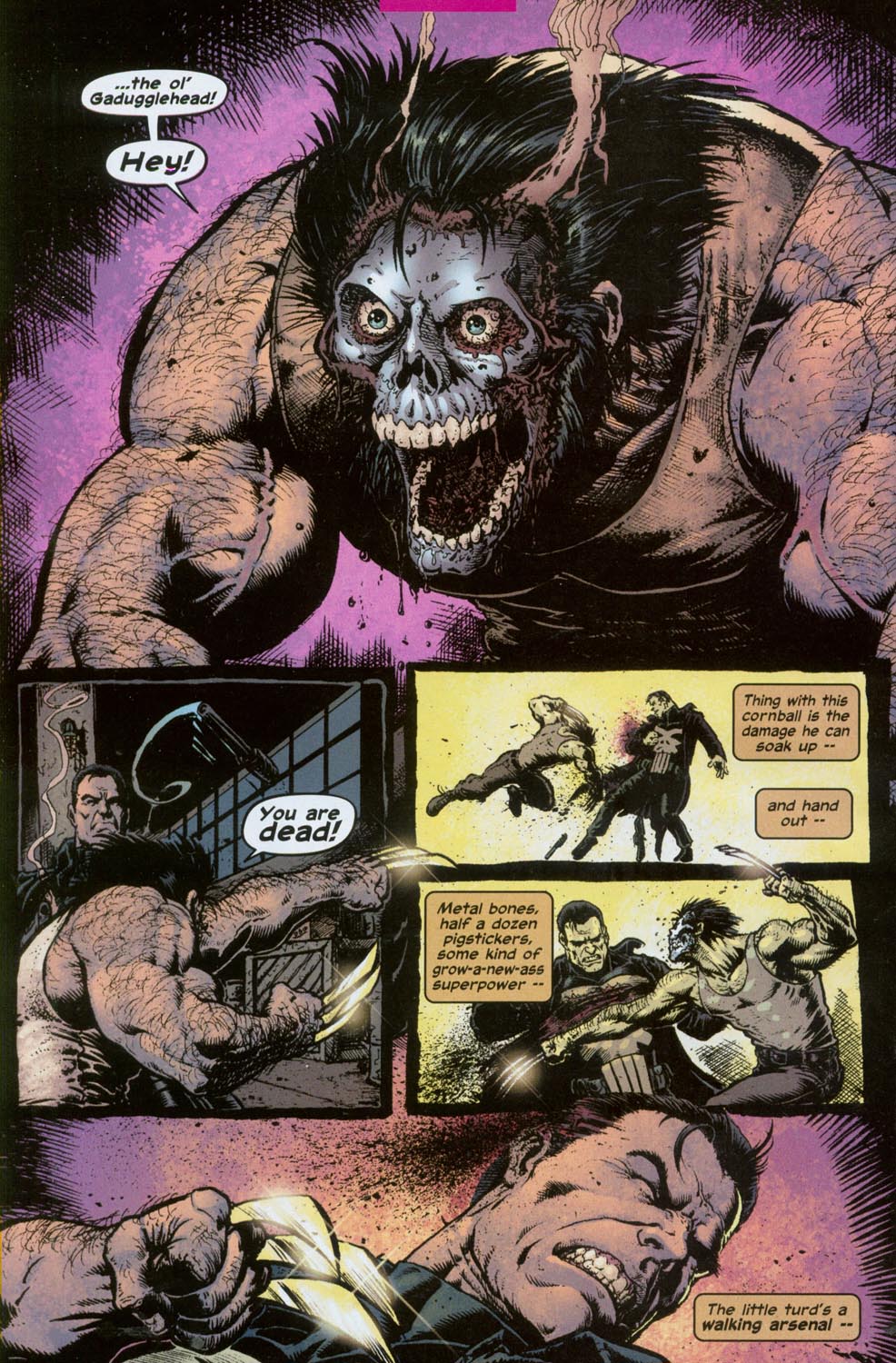 For the record, adamantium cartilage does exist (partially), but I don't know of it being present in Wolverine; in fact, I'm pretty sure it's the contrary. From an archive of Marvel's website entry on Deathlok (Michael Collins):

The rest of the body is made up of synthetic parts. His skeleton is composed of unbreakable Adamantium, while his muscles and cartilage are a flexible steel/Adamantium alloy.

Note that Deathlok's adamantium body isn't a mutation, but then again neither is Wolverine's; both are artificial, so it appears the presence of adamantium cartilage relies on the process of providing/molding the adamantium.

Not the answer you're looking for? Browse other questions tagged marvel comics wolverine or ask your own question.

9
Are the bones that make up Wolverine's inner ear Adamantium?