When was the first time that a human skull with a black raven sat upon it was used to refer to Edgar Allan Poe?

I am curious about when was the first time (novel, tale, paint, drawing, etc.) that the iconic human skull/raven motif was used to refer to the Master of the Macabre, Edgar Allan Poe?

The image of something raven-like (an hour glass with raven's wings, as a symbol of Death) on a skull certainly goes back a long way. Gottfried Wilhelm Sacer made a woodcut of the image in the middle to late 1600s: 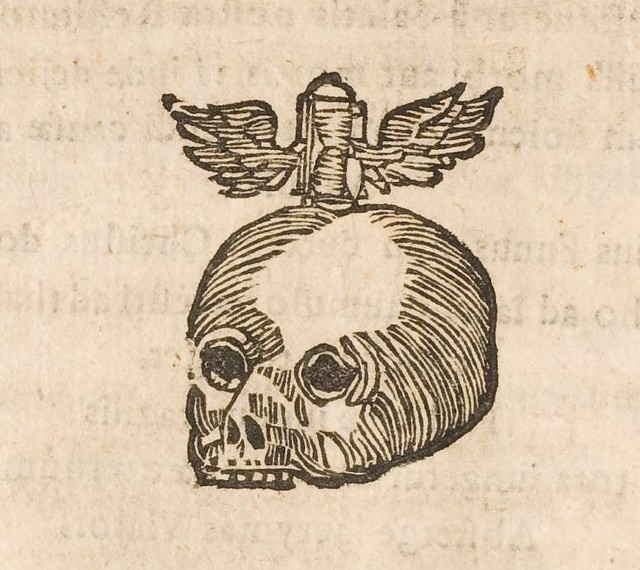 As for Poe, certainly the illustrations of Carling and Doré (in specific, those for The Raven) of the mid-late 19th century at least place the raven properly on the bust of Pallas, if not an actual skull.

I think this is one of Carling's creepier ones: 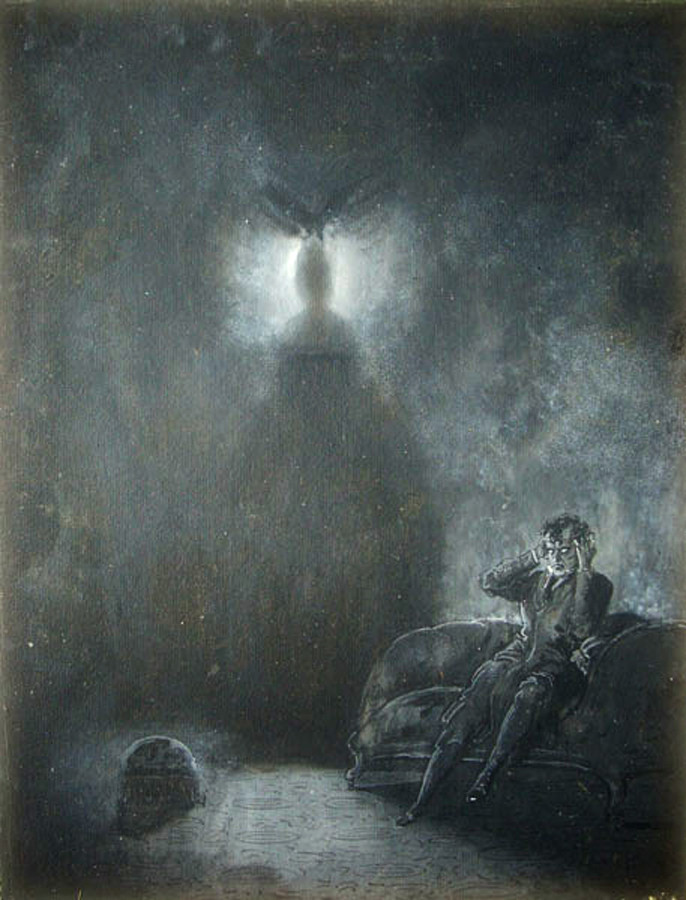 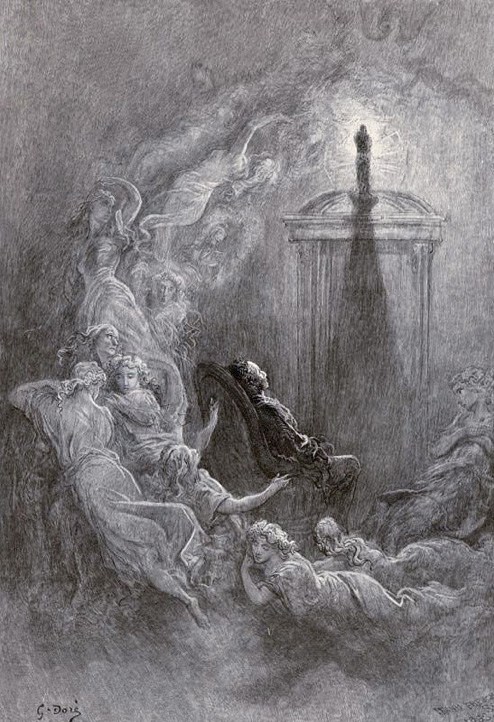 Most of the raven on skull imagery I'm finding appears rather newer, so perhaps not quite the answer you're looking for!

Not the answer you're looking for? Browse other questions tagged history-of edgar-allan-poe or ask your own question.