Has Superman ever willingly revealed his identity to Lex Luthor?

Lex Luthor, the arch-nemesis of the Man of Steel has tried to find out the secret identity of Superman several times and was successful quite a few times.

For instance, in Superman #2, Lex built a machine that allowed him to find out Superman's secret. But later, he denied it as he couldn't believe someone as powerful as Superman would be comfortable pretending to be as weak and feeble as Clark Kent.

Another instance I can remember is from the DC Rebirth where Lois Lane disclosed Superman's secret identity to the public.

However, has Superman ever revealed his identity to his nemesis willingly?

Open to all forms of answers: main continuity, Rebirth, New-52 as well as Elseworld arcs. Trying to avoid the occurrences from the movies etc., looking for answers specifically from the comics.

He has, in the Injustice comics

In the Injustice universe, Superman and Lex Luthor are best friends and Lex Luthor is aware of Superman's alter ego, and has been since they were both teenagers, as he was a high school friend of both Superman (Clark Kent) and Lois Lane.

In mainstream comics continuity he has. Superman #18 (2019) (Superman, vol. 5 issue no. 18, published October 2019), "The Truth" marketed as Superman publicly revealing his secret identity to the entire world.

As the nature of Lex and Superman's relationship is volatile within its own terms not to mention several recent continuity reboots, the issue itself also underscores the idea that this Lex didn't know this Superman's secret identity at the time, he "did not see this coming" in several panels of reaction shots across the universe to Superman's declaration.

Moreover, this is a circumstance where Superman is actively at odds with Lex Luthor meaning this is an instance addressing the question: "Superman ever revealed his identity to his nemesis willingly?"

In the case of Injustice, Lex was NOT a "nemesis" but a trusted ally and friend to Superman, requiring no particular moral courage to be transparent- it is completely ordinary to reveal oneself to the people we personally trust. Similarly, the other examples given in the OP are unwitting or unwilling disclosures.

Superman #18 represents Superman willingly revealing his secret to his enemies as well. 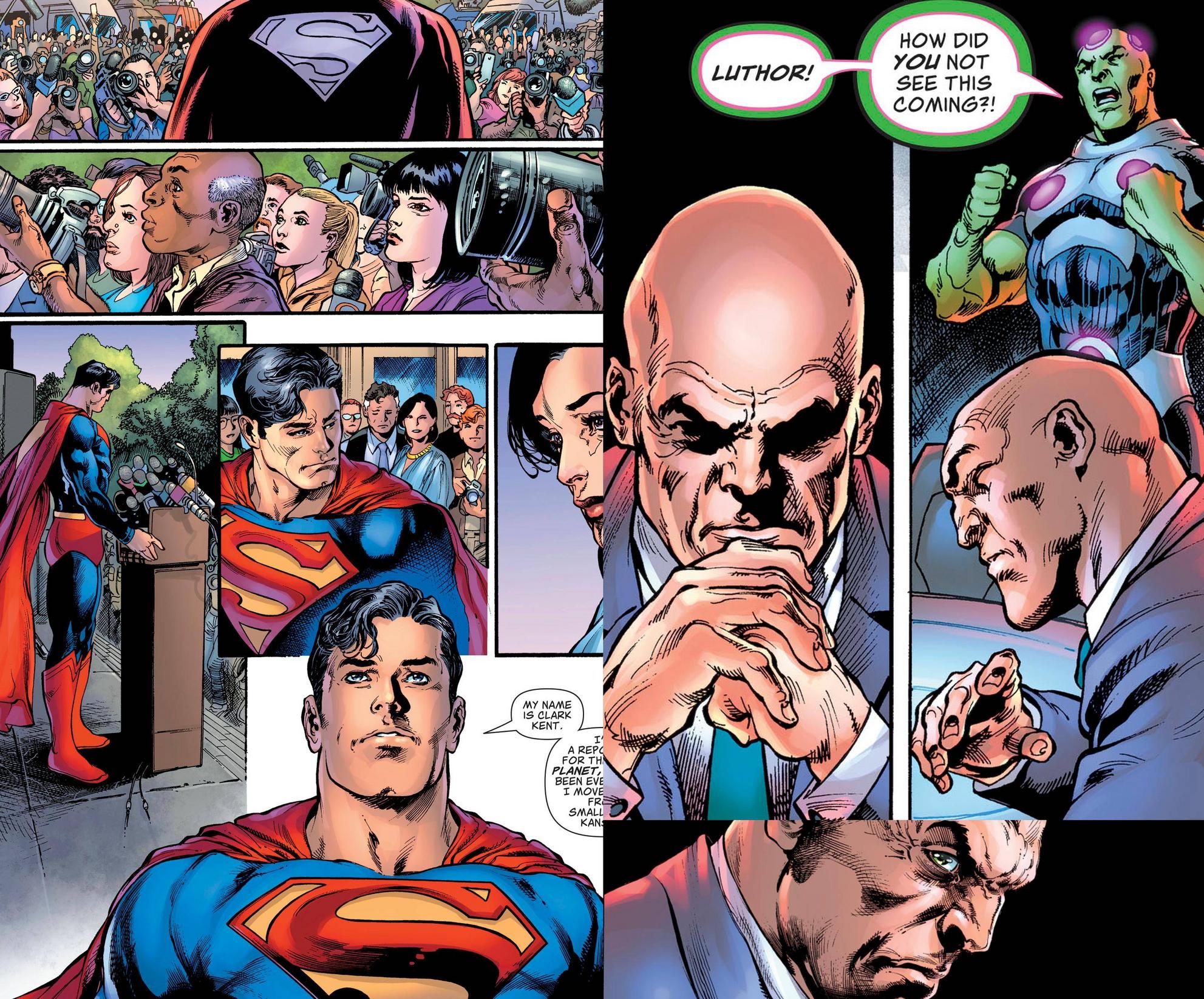 Not the answer you're looking for? Browse other questions tagged dc superman lex-luthor or ask your own question.