Book with offloading a memory into a portable creature

The characters had a Memory Creature of some sort (I want to say "memory potto" like hippopotamus, but that would be silly as hippos are huge, and I think these were shoulder-mounted?)

I think they were to offload part of the human brain's "processing" so they could do other types of thinking, then use the Memory Thing to flesh out details? Like having a rough idea, then checking Wikipedia to confirm dates and details.

Using it was as casual as we'd now say that we copied a file onto the work shared drive (but I think these were solo, not collaborative creatures). I don't recall if using the memory thing removed the details from the original mind, or if it meant that like the current "Google Effect," people don't need to try to remember things, since they can always look them up.

(Alas, trying to DuckDuckGo this only finds things about "potatoes") 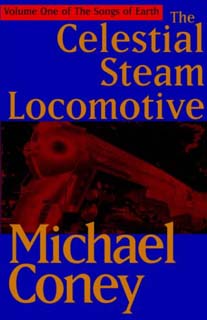 I can't find my copy of the book, but memory pottos are mentioned in the second book in the series, Gods of the Greataway, so I'd guess they are in the first book as well. They are not hippopotamuses but pottos - cute furry creatures ideally sized to sit on your shoulder and remember things for you:

Selena was carrying a memory potto on her shoulder, and the site of it saddened Zozula, reminding him that the Cuidadors were getting older and having to rely on more and more artificial devices to carry out their jobs. The little primate stared at him with its huge eyes, seeing everything, hearing everything, remembering everything. It was telepathic too, and whenever it sensed the Selena was groping to recall some fact or incident from the past it would feed the memory to her as if it were her own. Selena was rarely without her memory potto these days.

10
Book about 2 boys that time travel from 1980's (?) to Mayan (?) civilization with a Viking girl?
6
Looking for a YA horror anthology (90s?), all took place at The Something Academy
8
Fantasy with attempts of explanation/rationalization of magic, werecreatures
8
'70s book series: Submarine entombed in iceberg for 400 years, England has a druidist-like worship, and an underground “ce-tee”
9
Trying to Find a Children's Book from the 1970s (or prior) about a “Monster” Chasing a Child or Children
15
Old sci-fi/thriller movie centered around a pistol that causes blackouts/temporary amnesia with bursts of light