Are the Infinity Gauntlets from Avengers: Age of Ultron and Avengers: Infinity War the same?

Following the answer to the question: Has Marvel commented on the extra Infinity Gauntlet?, Feige confirmed that:

"There are two different gloves. That was not Odin’s vault that you see at the end."

Assuming what Hela said is true, the Gauntlet in Odin's vault is fake. However, by the looks of it, Thanos' Gauntlet in the post-credits of Avengers: Age of Ultron and the fake Gauntlet in the vault look exactly the same (images below). 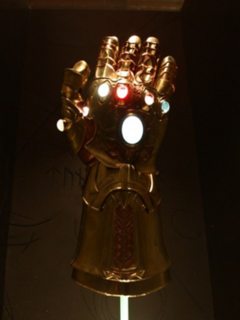 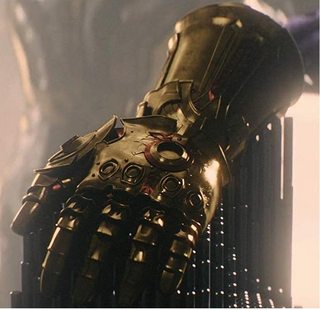 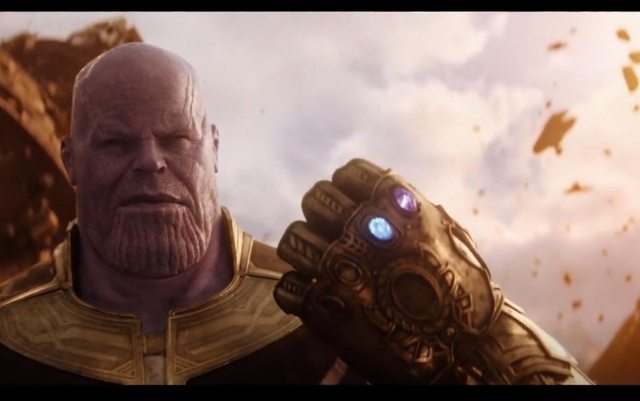 So, are the Gauntlets from Avengers: Infinity War and Avengers: Age of Ultron (post credits scene) the same? If yes, is there an out-of-universe explanation as to why the two Gauntlets were designed differently?

If they're not the same, then was the Gauntlet in Avengers: Age of Ultron a fake?

The Avengers: Age of Ultron post-credits scene saw Thanos claiming the Infinity Gauntlet and saying, "Fine, I'll do it myself," after Ultron had failed to wipe out humanity. However, in Avengers: Infinity War, it was revealed the Mad Titan had forced Eitri to forge the gauntlet for him. With Eitri's Nidavellir home having been under the protection of Asgard, many fans claim it's impossible for him to have given Thanos the gauntlet so long ago. Joe Russo, director of Avengers: Infinity War, has explained to ComicBook.com that the post-credits scene did, in fact, take place on Nidavellir.

"I think that it would be connected to Eitri," Joe Russo said. "I think that clearly he is the one who forged the gauntlet and Thanos had the gauntlet at that point in time. It's been a while since any of the Asgardians have interacted with Eitri and his people."

As such that gives two probably, very similar, possibilities to explain this:

Of the two I think the second is probably the most likely. After all, we do see a prototype Gauntlet in Avengers: Infinity War when Thor, Rocket, and Groot all initially get to Nidavellir.

Out of universe, though, of course, Thanos was re-designed himself ever so slightly for Avengers: Infinity War and so refining the Gauntlet was probably also part of that as explained by "Matt Aitken, VFX supervisor on Infinity War for Weta"

"Those sequences in Guardians is where we see him most clearly in the previous MCU films. It was a wonderful freedom to not have to match that exactly. I think it's one thing to have a Thanos who in those scenes was definitely more stylized, holed up for those short beats that he was in those films. But when he had to be the lead character and hold film and appear in hundreds and hundreds of shots, it was great to have the latitude to refine his look, to make his facial appearance more natural, so he's definitely more detailed and has a more natural shape to his face, to his lips, to his brow, his nose, and all those details we're talking about in terms of the blemishes and the pores and the stubble. If we'd been confined to those earlier iterations, it would have been too much of a limitation, I think, so that was never an issue. Right from the start, Marvel recognized the need to go to the next version of Thanos, and we were never asked to match that earlier version at all."

Screen Rant, Why Thanos' Design Changed So Much For Avengers: Infinity War

21
Has Marvel commented on the extra Infinity Gauntlet?
8
Where was Thanos at the end of Age of Ultron?

11
Was Thanos involved in the events of Age of Ultron?
7
Has anyone wielded both Infinity Gauntlets at the same time?
8
Where was Thanos at the end of Age of Ultron?
19
Why did Thanos get hit?
15
The original Infinity Gauntlet
8
Why was the Hulk knocked out by Thanos but was not knocked out after being driven through a building by HulkBuster?
10
Whereabouts of Odin's spear, Gungnir, after the events of Thor: Ragnarok
6
Why was Ultron able to kill this character so easily?