We see quite a few Star Trek characters play orchestral instruments - Riker plays the trombone (although jazz rather than classical is his thing), Data plays the violin, Kim plays the clarinet and later takes up the saxophone. Are there any characters who play "rock" instruments - electric guitar, bass guitar etc.?

Depending on your definition of 'Star Trek character' - we do see a presumably holographic member of Vic Fontaine's band playing an electric guitar in the DS9 episode "His Way".

There is also a 'modern' (period) drum kit in the band. 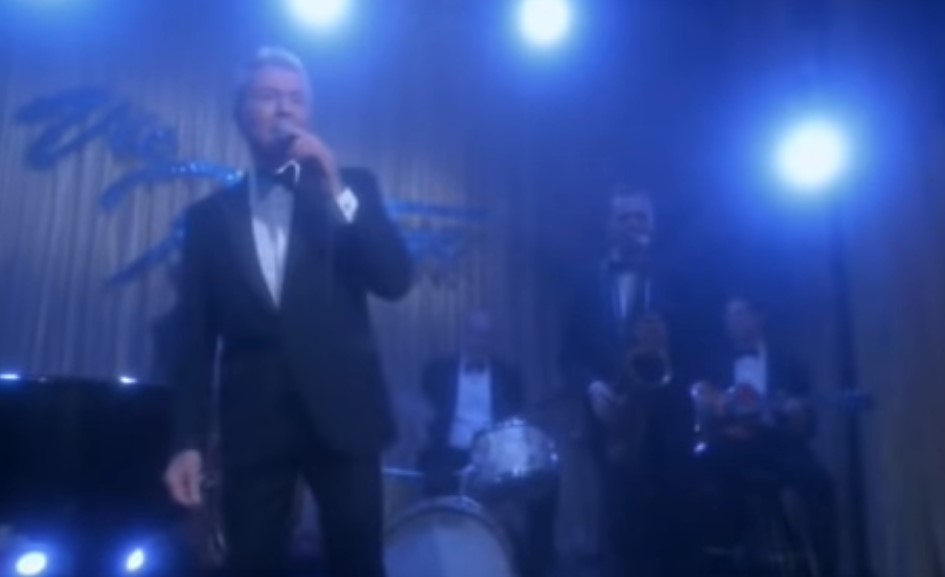 Recently unfrozen Earth musician L.Q. 'Sonny' Clemmonds held an acoustic guitar on the Enterprise-D in the TNG S1 episode "The Neutral Zone". We can presume he is more of a country music player, rather than 'rock' but the genres are often mixed and share similiarities (certainly compared to jazz / classical) 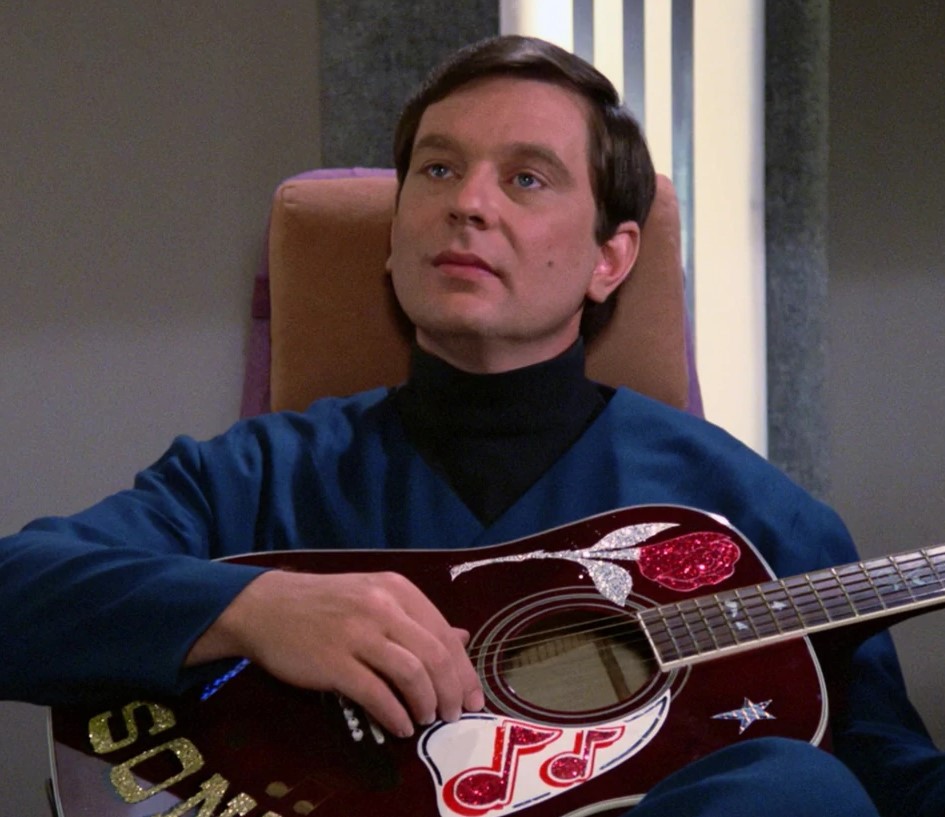 At the Riker wedding in the TNG film Star Trek: Nemesis, an electric guitar and "space" drum kit are seen 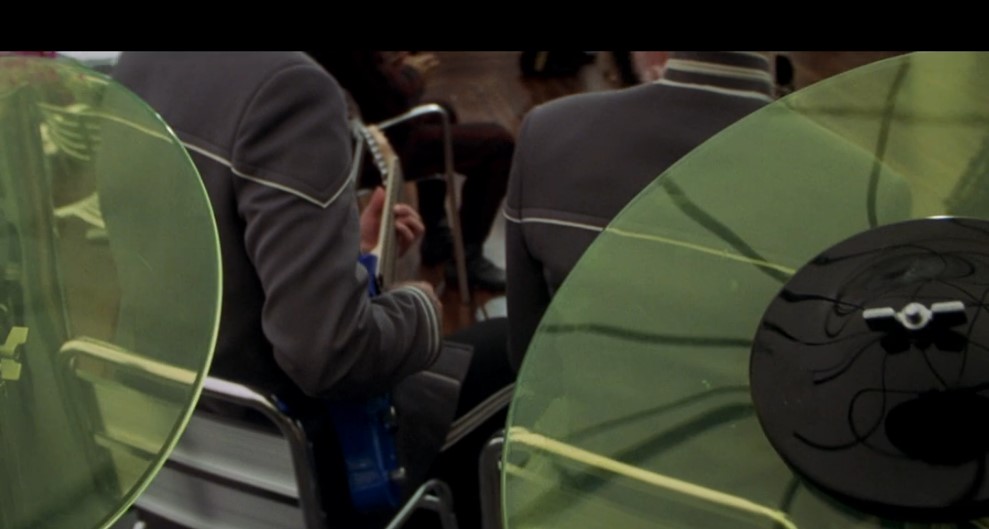 Within the main canon of films and TV shows, we don't, as far as I'm aware, see any "rock" instruments being played by a named character.

Probably the closest we get is Adam (TOS: The Way to Eden) which is a sort of modified mentally-controlled acoustic guitar. Commander Daren plays an electric piano in TNG: Lessons, but we only see it used as a classical piano so it's not clear if it can also be used as a generic sounds keyboard.

Moving down the canon scale, Wesley Crusher plays an electric Telecaster guitar in TNG: The Sky's the Limit

In a store off a side street on Telegraph Hill, Wes bought a battered reproduction of an old electric guitar and found something that could, for a little while at least, take his mind off things. The Telecaster was at least a hundred years old, modeled on an original instrument from the middle of the twentieth century. He picked up the ability to read music as easily as a plant drew in sunlight, and in the residential block where he lived, Crusher would sit on the balcony in warmer days and write music in his head, composing strings that bled out all the angry and the sad inside him. He played in coffee shops; he made, if you could call it that, something of a minor name on San Francisco’s scene. People who came to see him left with their emotions stirred; the slight, moody teenager played with muted brilliance. He made the Telecaster sing. There were some girls and some good times, but mostly he was drifting, drifting with the music. 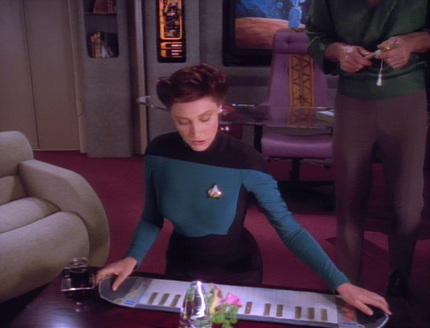 Spock's Vulcan harp is probably the closest you get. It does have knobs on it, like an electric guitar, and he plays a jam with space hippies that, while you can't exactly call it good rock music, is certainly not jazz, classical, or country either.

Not the answer you're looking for? Browse other questions tagged star-trek music rock-music or ask your own question.

7
Star Trek movie characters' ranks
20
Does the computer-system on the Enterprise NCC-1701-D still follow the basic architecture of a Turing Machine?
6
What musical instruments has Data played?
25
Why is there no rock-n-roll on Star Trek?
7
Did the sci-fi glam rock era inspire any direct novel or short story spinoffs?
28
Are there any Star Trek characters that are hybrids of non-human species?
15
Are there any Australian characters in Star Trek?
18
Have any of the Star Trek series themes ever appeared in-universe in an episode?