Is the MCU origin for the "Avengers” name consistent with the comics?

At the end of Captain Marvel, it's suggested that Nick Fury conceived the name for his new crack squad of superheroes from the nickname on the side of Carol Danvers' plane from her US Air Force days:

Is this namesake for The Avengers consistent with the comics or a movie invention?

This is a movie invention. In the comics The Avengers are formed by Thor, Hulk, Iron Man and Ant-Man and the Wasp. They do so after they all individually respond to a call of Hulk attacking a train. Loki was interfering with Hulk and Earth in order to lead Thor back to himself. Whilst they start off working solo, they all eventually join together to defeat Loki and coin the name The Avengers at the end. This is all from the very first issue The Avengers Vol. 1 Issue 1 from 1963. 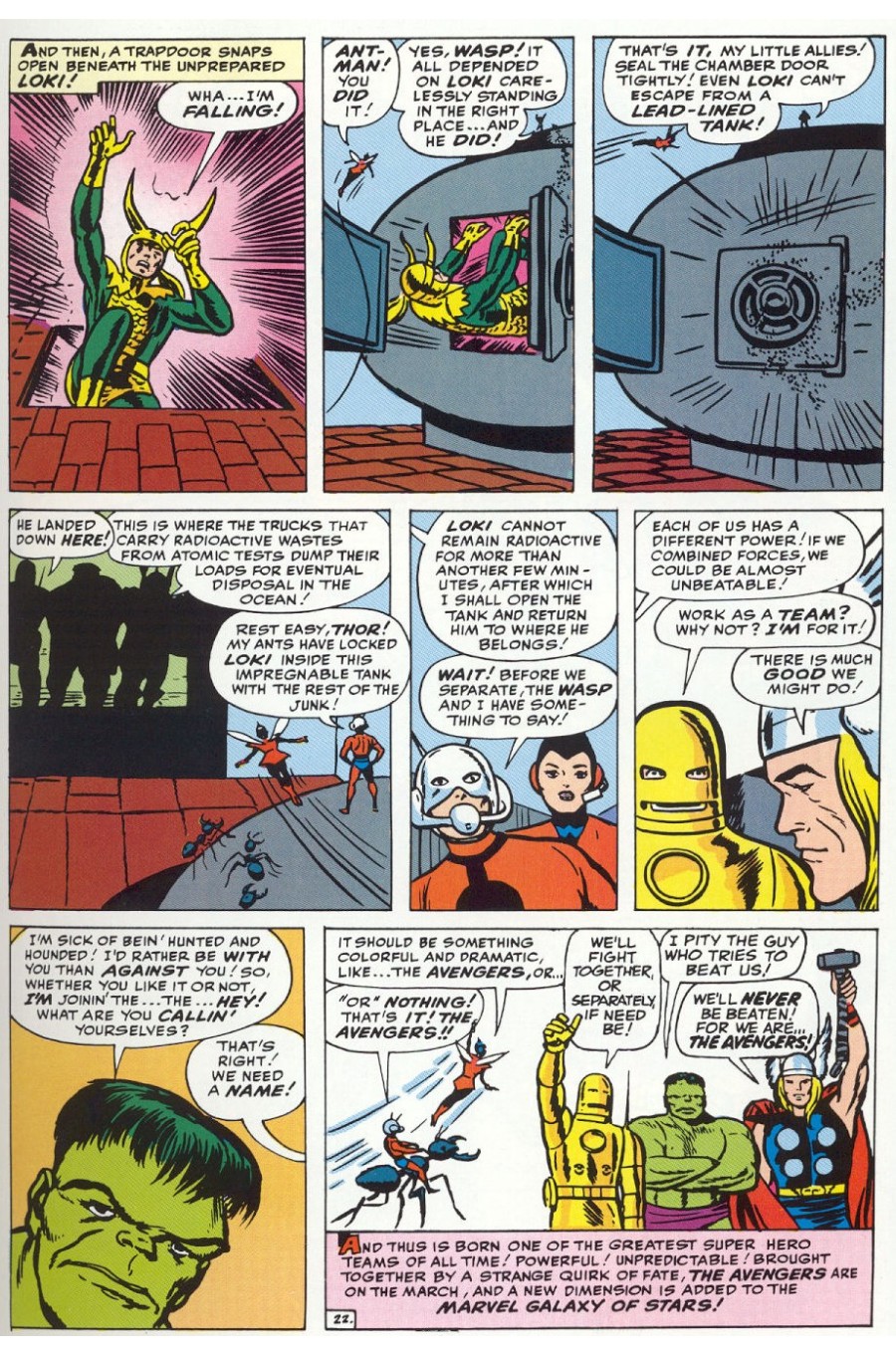 I think it is from movie only but not so sure. In movie

From MCU wiki During the starting development of the initiative, the team's original name was meant to be named Protectors, until Fury decided to name it as Avengers, after Captain Marvel's former Air Force pilot call sign.

From wikipedia, in "The Coming of the Avengers" The Avengers 1 (Sep 1963) The first ever Avengers adventure was Loki trying to get Thor killed by Hulk. He tricked Hulk into destroying a railroad and then diverted a distress signal meant for Fantastic Four to Thor, hoping for a confrontation and demise of his brother by Hulk. However, this distress signal was also received by Ant-man, Wasp, and Ironman, who defeated Loki and resolved the matter. Ant-man at this point realized they worked together and named the group as Avengers

In the comics, Danver's callsign was "Cheeseburger", so we were this close to Nick Fury recruiting people for The Cheeseburger Initiative...

This is indeed a movie invention; the images from the original comic in the accepted answer say it all, but for what it may worth, here is an excerpt from Avengers Assemble: An Oral History of Earth's Mightiest Heroes by Brian Michael Bendis (Marvel, 2012), which draws directly from the canon of the original comics, and not the movies:

Doctor Henry Pym: Credit where credit is due. The name Avengers came from Janet.

Janet Van Dyne: I said that. That was me. I threw it out there. Everyone was spitballing and I said "the Avengers" and everybody grabbed it. So yeah.

Where of course Henry Pym and Janet Van Dyne are the original Ant-Man and the Wasp, respectively, both founding members of the (comics original) Avengers.

Not the answer you're looking for? Browse other questions tagged marvel marvel-cinematic-universe comics avengers captain-marvel-2019 or ask your own question.

4
Why wasn't there a Black Widow and Hawkeye movie?
3
Agent Sitwell's agenda in The Consultant?
9
Why aren't MCU movies featuring Coulson after Avengers?
8
What major real-earth historical events had a different outcome because of Marvel Supers?
31
Captain Marvel vs Ms Marvel clarification
7
Are the Kree the good guys?
10
Why didn’t Fury ask for Captain Marvel’s help earlier?
15
Are these two secret projects the same?
29
Why didn't Nick Fury call Captain Marvel instead of Spider-Man?
12
Did Thanos use the full power of the Power Stone to punch Captain Marvel in “Avengers: Endgame”?