Are the Watchers able to break the fourth wall?

In the Marvel universe, some characters have been depicted to possess the knowledge that they are comic book characters and/or are able to break the fourth wall and talk directly to the readers, the most famous of them being the Merc-with-a-mouth, Deadpool including some others listed here (Luke Cage, Iron Fist and She-Hulk).

On the other hand, Uatu, the Watcher watching Earth is sometimes seen to be narrating the events in the comics usually beginning with

Following the answers by TheLethalCarrot and RubenDefour, it is highly possible that the Watchers are not capable of the fourth-wall break.

The only connection I could find is here. This page dedicated to Uatu provides the list of all his appearances throughout the Marvel stories and mentions that he has been aware of the fourth wall and talks to the reader quite often, one of which is the following:

The five-page mini issue titled Tales of the Watcher: The Saga of the Sneepers, released with the mainstream Tales of Suspense Issue #49, the Watcher Uatu introduces an alien race called "Sneepers" who are monitoring the Earth since the time of cavemen.

Although this does not say much if Uatu is talking to us readers, some points indicate that he mostly is. Firstly, he does not mention the presence of any superheroes in his story (which is the case of our Earth). Secondly, the events such as Cuban missile crisis, Vietnam crisis and the Soviet Czar bomb.

In another instance, five-page mini issue titled Tales of the Watcher: The Primitive, Uatu seemingly addresses the readers as mortals (funny, this immortal prick is!) and reads us the story of two brothers Paul and Vince Harding (image below). The final page from the issue shows Uatu closing the book and walking away. 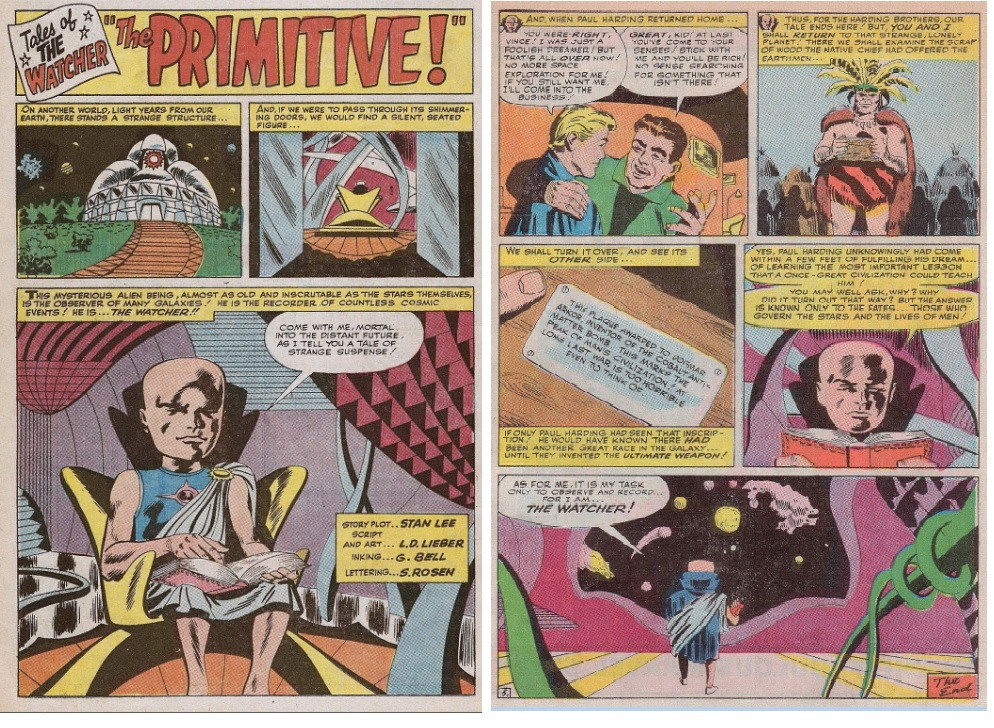 These two instances are mostly likely the indication that Uatu is capable of breaking the fourth wall.

Iin the comic Deadpool Kills Deadpool #4, there’s a Watcher who directly speaks to the audience: 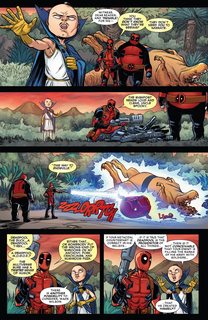 Here, the Watcher talking to the reader says:

“Witness, Dear Reader, and tremble! For we-“

Deadpool cuts him off and says:

“You think they don’t know what they’re seeing? They don’t need you to narrate. The signpost reads loud and clear, Uncle Spooky.”

Uatu doesn't appear to be able to break the fourth wall. Whilst I've seen it cited that the talking directly to the reader in the What If? comics is breaking the fourth wall, it doesn't actually appear to be the case. In the very first one, What If? Issue #1 - Spider-Man joined the Fantastic Four, Uatu gives an explanation for what is happening.

I know, as well as do you privileged ones now receiving my telepathic message, that this has never happened -- at least not in your time continuum. 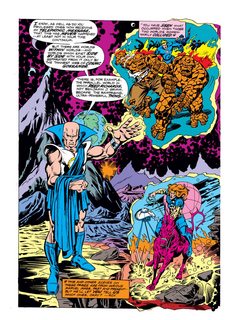 As such it doesn't appear that Uatu actually breaks the fourth wall. Considering I can't find any evidence of other Watchers breaking the fourth wall I'm going to go out on a limb saying that they can't. However, I'd be happy to be proven wrong.

The Watchers are, indeed, able to break the fourth wall.

In one issue of the "What If?" comic series he even tells you, the comic reader, to select the page (from amongst three choices) to see the outcome of that particular issue's story.

And in yet another issue of "What If?" he lets the audience know that he is speaking to human beings.

I'd say Uatu is aware of the fourth wall but in a different way that Deadpool is. I'd say DP is more advanced in the whole fourth wall thing than Uatu is.

Edit evidence : in the what if... Series he speaks to the reader.

Not the answer you're looking for? Browse other questions tagged marvel watcher or ask your own question.