Why is the morphing time limit exactly two Earth hours?

By using Andalite tech, the Animorphs can absorb the DNA of animals and turn into them. The time limit to this is 2 Earth hours. However, this tech was developed 80+ light-years away, and the hour should not be the same on the other side of the universe.

Is there an in-universe reason why it is two EARTH hours, versus anything else?

I know early on they almost get stuck as wolves, and they were a few min over, so is it exactly two hours, or did Elfangor give them that amount so they would have cushion?

If the Andalites had a say in the time limit for the morphs, I doubt they knowingly and voluntarily set it to two "commonly used time units" from a planet dozens of light-years away.

Rather, I think the morph time was translated by Elfangor from "Andalite standard time unit" (say, the glidupluk) to a time unit the humans would understand. The details​ of the conversion would have been left aside by Elfangor, who was otherwise busy dying.

The morph is limited in time, you can't stay morphed for longer than half a glidupluk, otherwise you'll be trapped forever. A glidupluk is roughly four of what you call hours, so that's two hours tops.

Shorter, more to the point:

Demorph before two hours or you'll be trapped forever.

If memory serves, the Andalites know a bit (not much, but a bit) of our planet and mankind; it's not too much of a stretch to think they would have a gadget/knowledge of the local time unit.

he has already been living on Earth as a notlith in a human body.

Also, a second is defined as:

it is defined by taking the fixed numerical value of the caesium frequency ∆νCs, the unperturbed ground-state hyperfine transition frequency of the caesium-133 atom, to be 9192631770 when expressed in the unit Hz, which is equal to s^−1 https://en.wikipedia.org/wiki/Second

So, as Andalites must be a civilization that has used atomic clocks (to have anything remotedly similar to the Global Positioning System in the Andalite homeworld at least). They must have also measured their minimal time units in something defined by something common in the universe, such as the vibration of some atom or something like that.

From there, you can calculate and convert the Andalite seconds to our seconds and then to our hours, and omitting some puny decimals.

Now, about the "being barely able to pass the time limit" it can be due to two things.

--The first may be thanks to those omitted decimals.

--The second may be because there has been a lot of simplification done during the development of the morphing technology to save computing power. You see, in engineering some graphics are simplified to make it easier to compute an/or leave some margin to prevent extreme failures. 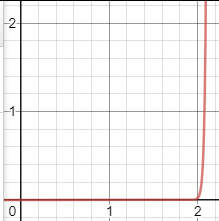 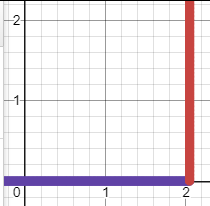 You see that if you reach two hours morphed, in the second graph you are a nothlit, because the amount of concentration needed to morph back is infinite, but in the first graph, if you get near the two hour mark, then you need a lot of concentration to morph back, and just at the two hour mark you may be able to change back but you don't want to get very close to that if you don't wish to be a notlith.

21
Why do Animorphs have a two hour limit?
1
Andalite measurement units?

14
In Animorphs why can't a nothlit reuse the Escafil Device?
21
Why do Animorphs have a two hour limit?
2
Do you actually time travel using the Time Matrix?
11
Are the Animorphs the only non-Andalites with morphing technology?
5
How old is the morphing technology in Animorphs?
6
Why did the Animorphs knock Jake unconscious, kidnap him and throw him into the ocean?
7
Are the Andalites from the the same galaxy as Earth?
8
Why are injuries sometimes not healed by morphing and demorping?
2
In the tenth Animorphs book, why does Ax have his arm reattached with a scar left?