Around the turn of the millennium there were a couple of stories in which mind transfer played a more or less important role.

Best known examples are probably John Scalzi's Old Man's War series and Battlestar Galactica. (I also remember reading a Star Wars short story where the Emperor used such technology to torture someone to death - being eaten alive by insects, IIRC - as punishment for failure and then transfer the man into a cloned body to continue his work, but I couldn't find that story anymore.)

The earliest occurrence of such mind transfer known to me is Philip Jose Farmer's Riverworld series, published in 1971 but based on an earlier script from the 1950s (that was later published in 1983).

My question: Are there any stories previous to Riverworld that use this concept?

(Bonus question: any other remarkable stories with this concept from the 1980s and 1990s)?

What I'm not looking for:

2 Clarifications:
The reason for the mind transfer should be that the old body cannot be used any longer (already killed, dying, or severely damaged), not just traveling purpose.
The new body should have been created for the purpose of being the new home for the mind. Take custom made for this individual as desired rather than mandatory; if that new body was one out of thousands of identical new bodies from a mass production, this would be barley within the spirit of the question, while hijacking another living being's body (like in Bingo's answer) is far out.

If it's permissible for the mechanism to be unexplained, then The World of Null-A (1948) by A.E. van Vogt seems to fit.

The protagonist, Gilbert Gosseyn, is killed in a hail of bullets and energy beams at the end of chapter V.

The blows and the flame tore at his vital organs, at his legs, his heart, and his lungs even after he had stopped moving. His last dim thought was the infinitely sad, hopeless realization that now he would never see Venus and its unfathomed mysteries.

Somewhere along there, death came.

And then wakes up in a copy of his own body on Venus:

A curious, heavy sound impinged upon Gosseyn's attention. It seemed to come from above him. It grew louder rapidly and became a continuous noise, like the roar of many smoothly operating machines.

Gosseyn opened his eyes. He was lying in half darkness beside the trunk of a titanic tree. He could see two more trunks dimly in the near distance, but their size was so improbable that he closed his eyes and lay quiet, listening. [...]

Himself being held up by the soil of Venus, solidly, strongly supported by the impregnable planetary base that was Venus.

The slow flow of thoughts changed. Venus! But he wasn't on Venus. He was on Earth. Memory awakened in a remoter section of his mind. The trickle of impulse-patterns became a stream, then a wide, dark river rushing toward a great sea.

"I died," he told himself. "I was shot and burned to death."

He cringed with the remembrance of hideous pain.

It is a mechanical process of some sort with custom-designed bodies:

The Machine's voice seemed to come from a long way off. "Your work is done," it said. "You have accomplished your purpose. Now you must give away to the third and greatest Gosseyn. It is possible," the cool voice went on, "that you could learn to integrate your extra brain in this body, given time. But there isn't time available. Accordingly, you must make way for Gosseyn III, whose brain will be integrated from the moment he comes to conscious life."

"But that's ridiculous," Gosseyn said jerkily. "I can't kill myself." He controlled himself with an effort. "Why can't this-this third Gosseyn come to life without my dying?"

"I don't know too much about the process," said the Machine. "Since I last saw you, I have been told that the death of one body is recorded on an electronic receiver, which then triggers the new body into consciousness. The mechanical part of the problem seems very simple, but the biological part sounds intricate."

Within the story the unnamed process isn't applied to any other characters, but there is no reason to assume it could not be.

If this question is taken narrowly:

-- then the Amaranth Society of Clarges in Jack Vance's To Live Forever (1956) is a close match. In this novel, when a person of high accomplishment is admitted to Amaranth, clones are grown, unconscious but with memories attuned to the original. When the first clone is ready, the original body is destroyed and the awakened clone, for all practical purposes, replaces it. This effectively ensures youth and immortality. The Amaranth maintains additional clones in reserve at hidden locations. If an individual is killed, another clone is awakened and released to replace the original, and again is considered to be a continuation of the original person. Because immortality has to be earned by accomplishment, Clarges is a brilliant but deeply driven society. For a summary of the plot, see Jonathan Goodwin's blog for January 7, 2012.

in Henry Kuttner's novella The Dark World, originally published in the Summer 1946 issue of Startling Stories, the mind of Edward Bond from our Earth is transported into the body of Lord Ganelon in a parallel fantasy Earth that split off from ours at the time of King Arthur.

Read more about the story in this review. 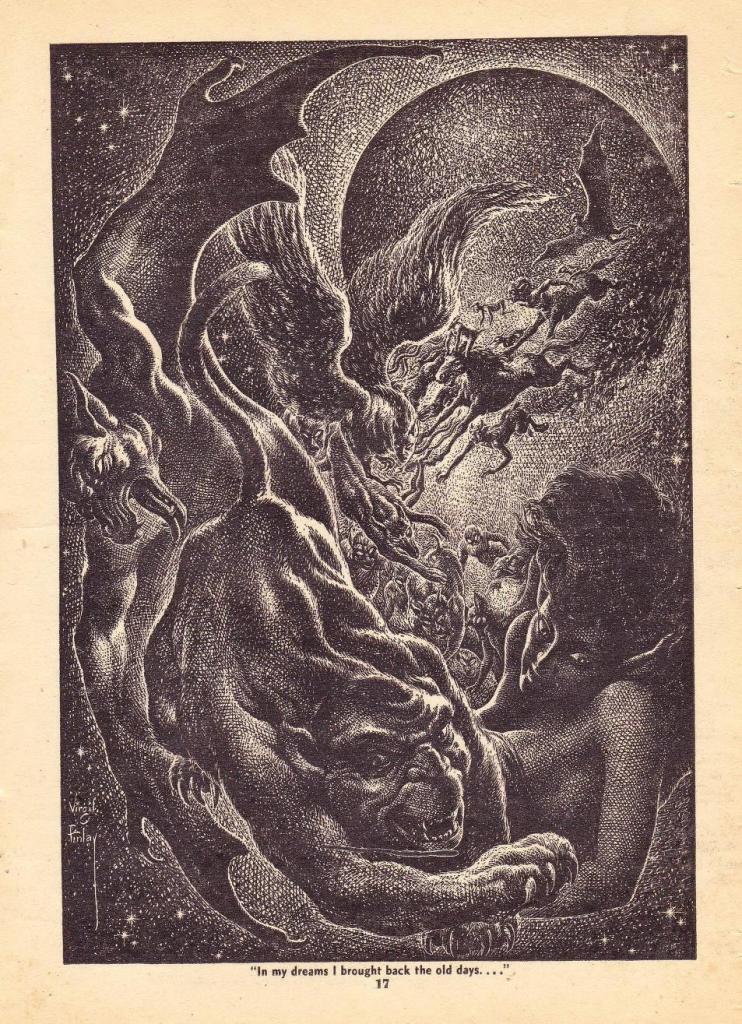 A Feladat (The Mission, 1971) is a novel by Hungarian sci-fi author Péter Zsoldos that details with the process of mind transference or uploading.

A Feladat originally appeared in 1971 in a daily periodical called: 'Népszava' in 100 parts. It was recently released as part of the Imre Sebők comic strip-collection, in 2015.

The Mission is a mixing of ideas and thought-experiments concerning “transplanted personalities,” human evolution, first contact, and advanced technology.

The plot centers around original crew members of an inter-space ship that because of some technical problems shall imminently die, but before that, they capture primitive humans (more caveman) from a nearby unnamed extra-solar planet and using a special instrument called a “consociator,” melds together their consciousness with the crew member's, turning the barely-articulate human into a sophisticated cybernetics expert in the blink of an eye. The crew member may be dead, but their minds (experience and knowledge) live on. 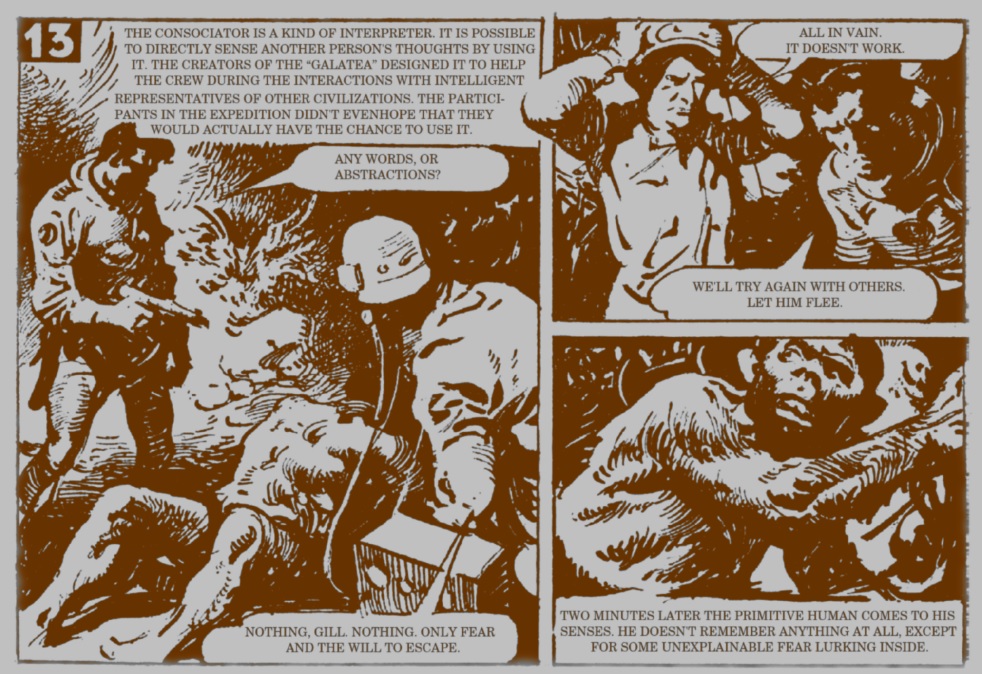 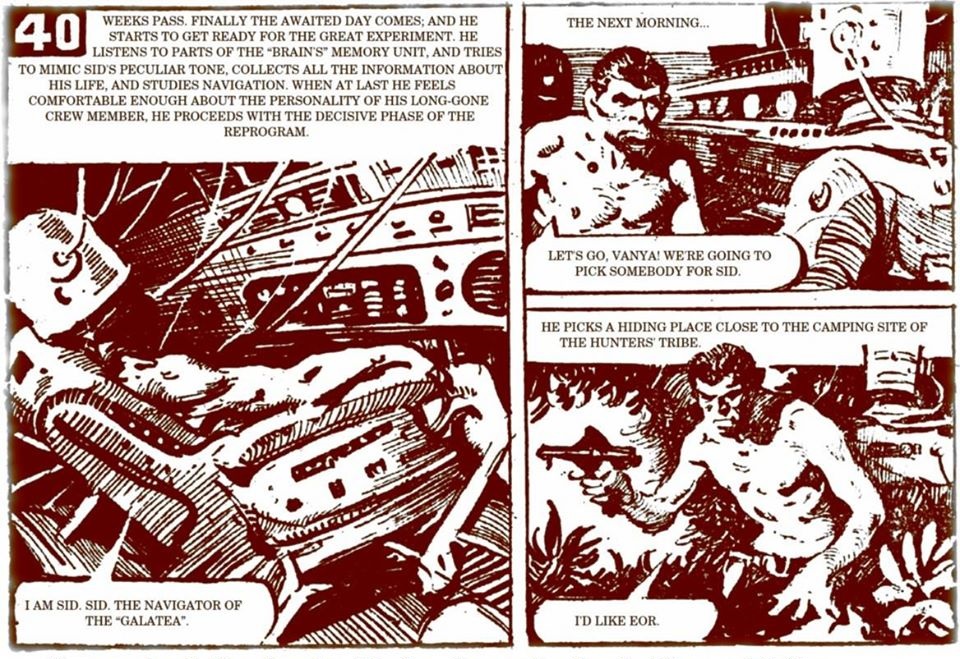 In H.P. Lovecraft's The Whisperer in Darkness, from 1931, a character has his mind transferred to a small cylinder, seemingly as a punishment. Granted, this is kinda the opposite of:

when the old body is worn out

And we don't know if the cylinder was organic (even if just inside). But it does show that the aliens from Lovecraft's myth are able to transfer minds, and given their technology they might have given a useful body to their victim if they chose to do so.

There is a discussion about that not being a mind transfer, but a brain transplant, since another character mentions that his friend's brain was in the cylinder. The mechanics of the whole thing are confusing, but I think it is at least related enough to a mind transfer to be worthy of a mention here as an answer.