Has Donald Duck ever had any love interest besides Daisy?

A common trope in the Duckverse is Daisy double-dating Gladstone Gander and Donald at the same time, never fully committing to either one.

During the times when he wasn't with Daisy, has Donald Duck ever had any love interest besides Daisy? 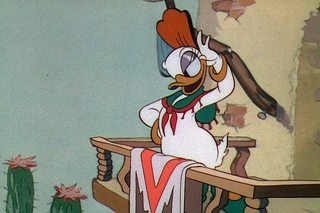 However, this is where things get confusing. Whilst she has appeared in comics alongside Daisy, Disney states that they are the same character. 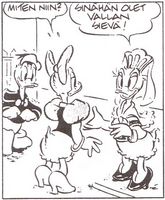 I can't actually find a copy online to get the quote from it (will keep looking) but apparently Disney Dossiers: Files of Characters From the Walt Disney Studios refers to them as the same character. In the Walt Disney Cartoon Classics: Starring Donald and Daisy VHS the Don Donald short was re-released and it mentions it stars Donald and Daisy. See the still below and the video after it. 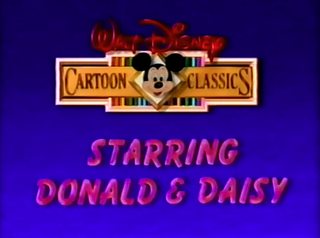 As such it would certainly appear that the characters were combined, even though they clearly aren't the same character.

We also have Reginella, the queen of an alien civilisation and the pair do love each other but are kept apart. However, they meet a few times and appear to be in love. 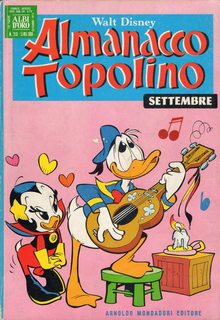 Not the answer you're looking for? Browse other questions tagged disney donald-duck or ask your own question.

3
Why were Donna and Daisy Duck merged into the same character?

32
Has Darkwing Duck ever met Scrooge McDuck?
3
Where was it established that Super Goof's goobers were irradiated by a meteor?