I'm trying to identify a show I saw on TV in the 80s (in the US). It was a single viewing, and felt like a television pilot rather than a standalone movie; ISTR the final scene dangled the possibility of further adventures.

The plot resolved around a handful of people with powers who are teamed up to fight something bad. It had a "misfits forced to team up" feel to it.

I remember two of the specific powers, and one climactic scene.

One of the powered had Flash-like speed; he'd simply blur from place to place when he wanted to move fast.

One of the powered was a cryogenic man. He'd been a worker employed by Howard Hughes, and had fallen into a cryogenic chamber Hughes had been experimenting with, and was preserved in it for 50 years. When he came out, he remained frozen, and wore a thermal suit to protect himself and anything he touched.

In one of the climactic scenes, the heroes have to get into facility, but the only way in is through a corridor which has been turned into a vortex of spinning water (like a tube made of moving water). Cryogenic man takes off his glove, sticks his hand in the water, and freezes the entire tube solid, allowing the heroes to cross - but sacrificing himself in the process.

Could it be Misfits of Science?

The show concerned super-powered humans and their madcap adventures. The team is formed by Dr. Billy Hayes, a research scientist at the Humanidyne Institute who specializes in "human anomalies". He works with shrinking Dr. Elvin "El" Lincoln, and together they recruit electrically powered Johnny Bukowski, a rock-and-roll musician, and Gloria Dinallo, a telekinetic teen.

The cryogenically powered man would be Arnold Beifneiter:

Mickey Jones as Arnold "Beef"/"Ice Man" Beifneiter, who got his power to freeze anything he touches from placing himself in an experimental cryogenic suspended animation unit back in 1937 due to grief caused by the loss of his beloved Amelia Earhart. The team drives around in an ice-cream truck (International Metro Mite M-800) because the lumbering and now rather simple-minded Ice Man dies if he gets too warm, so they keep him in the freezer. Beef only appears in the pilot episode due to legal objections from Marvel Comics who published a similarly-named character in X-Men, but the characters continue to use the ice-cream truck.

Superhero series about a group of young mutants who worked for an American thinktank fighting crime. Elvin could shrink to a size of eight inches, Gloria possessed telekinetic powers, and Johnny B was able to fire lightning bolts from his hands. Their leader was Dr. Hayes.

It doesn't match exactly but does seem to be somewhat close. The first episode, the pilot, is "Deep Freeze" and it does sound somewhat similar to what you remember.

Drs. Hayes and Lincoln are researchers in biological oddities for the Humanidyne company. When they find a man still alive after being frozen for 50 years, their greedy boss fires them and takes the Iceman to use for military experiments. Left without jobs, Hayes and Lincoln decide to get a group of "freaks" (including a telekinetic 17-year-old and a rock guitarist who shoots lightning from his hands) together to rescue the Iceman and stop their boss' reckless experiments.

Misfits of Science. Courtney Cox, before friends. Swirling tunnel was a giveaway... same set piece used for bionic man and the Sasquatch episodes. 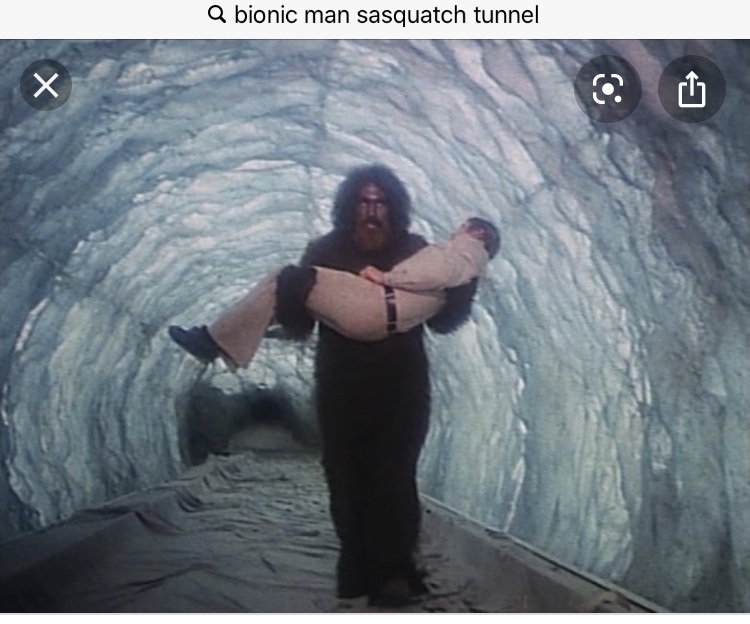 4
Short series about teenager that could move fast