Is Margo Madison in "For All Mankind" based on Margaret Hamilton?

I recently watched the first episode of For All Mankind. A friend of mine who recommended it said that one of the leading characters among the historical ones is Margaret Hamilton, the leading NASA computer scientist, credited for, among other things, being the co-creator of the term software engineering.

Sure enough, in the first episode there is a female computer scientist character called Margo; her depiction was quite reminiscent of Margaret Hamilton, so I figured out it was her indeed.

But checking the Wikipedia entry today, as well as the IMDb link above, I saw that the said character is actually named Margo Madison, and not Margaret Hamilton.

So, I am wondering if there is any reference by the show creators that the character of Margo Madison is indeed based on Margaret Hamilton.

Turns out, the character of Margo Madison is based on Frances "Poppy" Northcutt, the first female engineer in Apollo Mission Control [EDIT: see update below].

During a promotional interview with the show's lead actors, the host asks Wrenn Schmidt, the actress portraying Margo Madison (at ~ 14:00):

Wrenn, you get to play a really awesome character [...] who has a real-world counterpart, you know - Frances Northcutt was the first female in the control room, think it was with Apollo 8

to which the actress raises no objection, hence I guess it's accurate.

There was already a hint about this, as in the series very first episode, at about 11:30, Margo stumbles upon a blonde young woman on her way to the control room, and greets her as "Morning, Poppy": 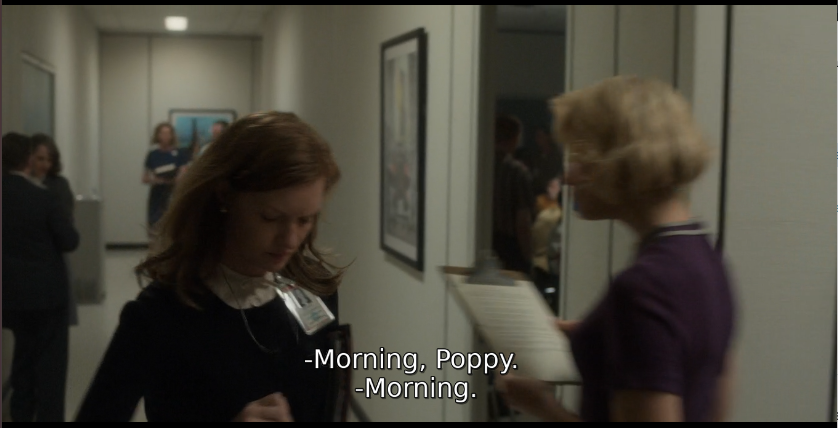 Turns out, things are not so simple. Just happened upon a show review in Physics Today, dated Nov 20, 2019 (before the question & answer were posted here), claiming that:

According to [show's co-creator Ronald. D.] Moore, Madison’s character is not based on either of the two most well-known women working as NASA engineers at the time, Poppy Northcutt (who is briefly mentioned in the first episode) and JoAnn Morgan. Instead, Madison was inspired by the subject of a famous photo. Judging from Moore’s description, the photo is of Margaret Hamilton, one of the MIT programmers for NASA’s Apollo Guidance Computer. “I decided that she would be one of our characters,” Moore says. “I never even looked into who she was, but there was something inspiring about this young woman working at NASA at that time.” 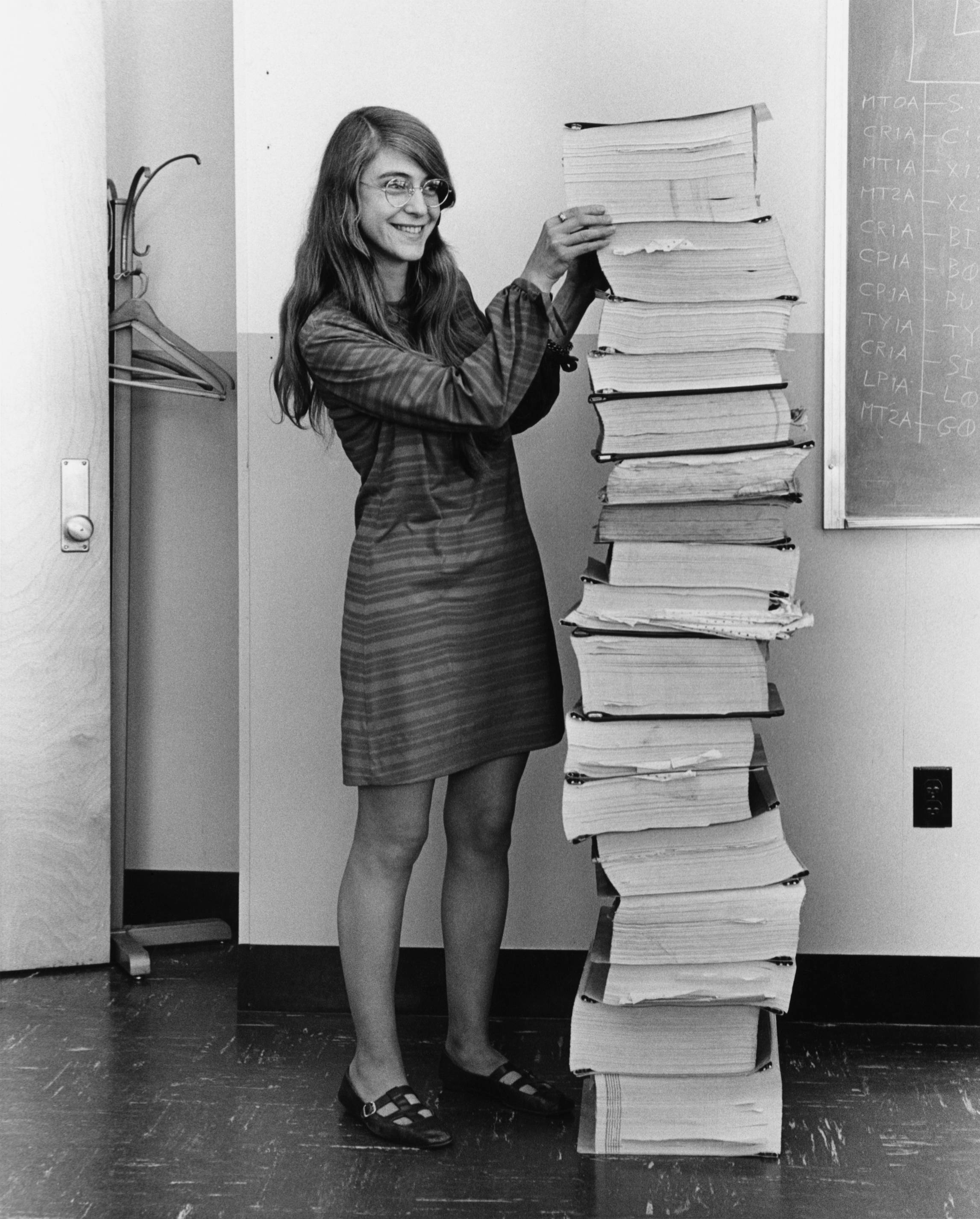 Computer scientist Margaret Hamilton stands next to the Apollo guidance software that she and her team developed at MIT. The 1969 photo inspired the For All Mankind character Margo Madison. Credit: Draper Laboratory, via Wikimedia Commons

Not the answer you're looking for? Browse other questions tagged character-identification alternate-history for-all-mankind or ask your own question.