How many different types/colors of Lantern Rings has Batman had access to?

There have been a few comics and TV shows showing Batman wielding a Green Lantern power ring; this makes sense, considering the green rings are powered by will, and Batman is shown to have one of the most powerful human wills on Earth. He was also "given" a Black Lantern ring in the "Darkest Night" saga, and I believe a White Ring at the end of it.

But has he been shown to make use of any others? And if so, what were those rings and how effective was he?

Any scans of him using these abilities in-canon would be appreciated.

Batman has used the Yellow Lantern Ring twice, once in the Forever Evil arc (Forever Evil #4) and once in Green Lantern: Sinestro Corps War

Batman secretly hid the Yellow Lantern ring disguised as a Kryptonite ring. However when he tried to use it, he was easily overpowered by Power Ring. 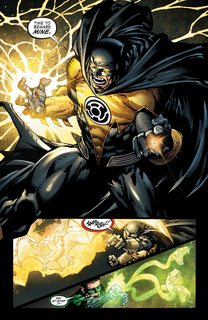 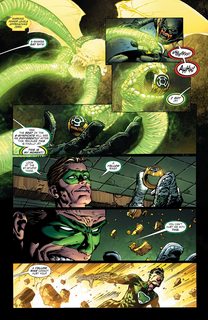 Right before the events of the Sinestro Corps War, Sinestro sent of several Yellow Lantern rings to seek out wielders. One such ring found Batman. But his willpower was greater than the fear power thus the ring almost immediately rejected Batman. 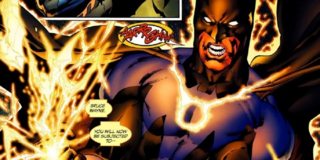 Finally Batman has wielded the Black and White Lantern rings once

Batman's corpse was reanimated and brought back to distorted life as a Black Lantern by Nekron and Black Hand. 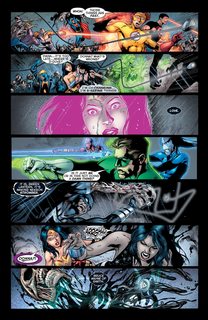 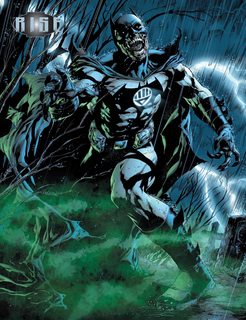 And finally, after the events of the Blackest Night story, in Issue #7, many dead heroes were brought back to life. But only Deadman was gifted with a White Lantern ring, choosing him as its guide as they went along seeking the champion of Earth as its host. Naturally, Deadman thought that the only person this champion could be was Batman.

When he found him, Deadman thrust the ring on the Caped Crusader, shouting that Batman would know what to do because Batman always knows what to do. But while Batman was able to wield the life-powered ring for a short amount of time, it also had a mind of its own and deemed that the burden of the white ring should not be on Bruce Wayne.

21
Why doesn't Batman seek out a Yellow Lantern ring?

7
Can that battery be used to safely charge Green Lantern rings?
4
What did the Interceptor's Power Battery do to Hal's ring?
13
Does Batman/Bruce Wayne have a quintessential "love of his life"?
5
Could Green Lantern: The Animated Series be considered part of the DCAU?
209
Whose underwear is this?
6
Where does the new 52 start?
6
What's up with Guy Gardner's Yellow Ring?
6
What happened to Bruce Wayne in Green Lantern Vol. 4?