Why was a 2-1B droid attending the war meeting where Mon Mothma addresses the Rebel forces?

In Star Wars: The Return of the Jedi, when the High Command briefs Rebel commanders aboard the ship Home One, we can see a 2-1B droid sitting among them. I understand the presence of other droids like R2-D2 and C-3PO that were directly involved in the tactical and strategic war scenario, but is there a particular reason for the presence of a surgical droid in the war room?

It is worth mentioning that aside from the 2-1B, at the beginning of the scene, another medical droid (a FX-7 medical assistant droid) can bee seen standing next to two astromechs. 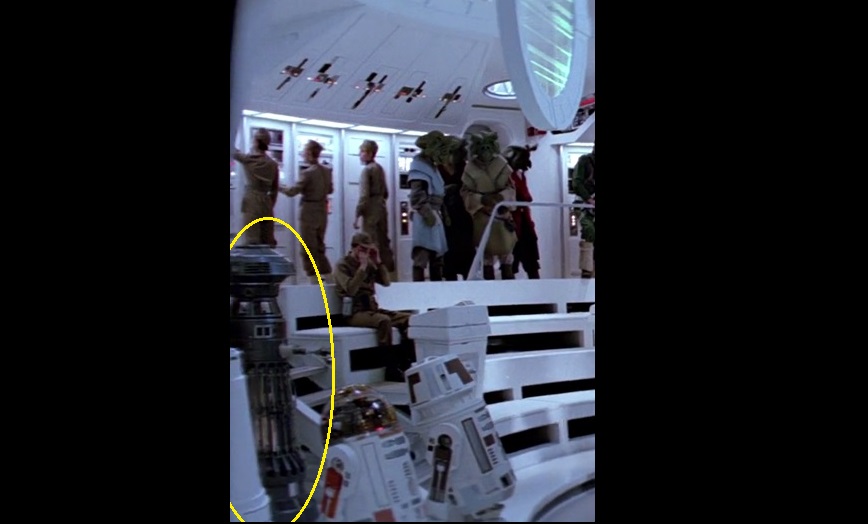 As mentioned in the comments if you are heading into a battle situation you would want your medical teams fully briefed and prepared to accept casualties so its perfectly logical they would be at the briefing.

In the actual battle above Endor we do actually see the medical frigate engaged as part of the battle.

In this clip right at the start, you can see the engines of the medical frigate in the centre left of screen , then at two minutes and fifty seconds Wedge Antillies clearly states "They're heading for the medical frigate" as he pursues some Tie Fighters. Three Tie fighters fly towards the ship and an X wing and the Millennium Falcon follow them, chasing them off. The Falcon then flies directly under the medical frigate.

So we can see that the medical ship was committed to the battle.

Additional information on this particular spacecraft can be found on the Starwars.com website

where it is listed as a Nebulon-B Medical Frigate and armed with turbo lasers and tractor beams. They were assigned to escort and protect rebel convoys. In the all out attack on the second Death Star this ship was also committed to the battle. So we see it is essential for medical droids who would have been crewing this ship to be at the briefing.

28
Why was the Rebel Blockade Runner so close to Tatooine?
50
Where was the Rebel fleet's rendezvous point at the end of The Empire Strikes Back?
7
Why was Skippy the Jedi Droid (R5-D4) force sensitive?
5
Why rename the Rebel Alliance?
0
Why was Bistan at the Council meeting?
41
Why did the Rebel fleet not bombard the Shield Generator on Endor?
6
Did the Galactic Republic use any droid forces during the Clone Wars?
15
Why was the Rebel base on Crait abandoned?
20
Was Luke Skywalker the leader of the Rebel forces on Hoth?