This answer claims that humans are immune to Pokemon attacks.

I believe within Pokémon canon Pokémon powers are simply ineffective against humans, so trainers need no special resistance.

Yet I'm pretty sure that in the TV show, the games, and (especially) Detective Pokemon, humans have born the brunt of Pokemon attacks.

According to canon, are humans officially immune to Pokemon attacks? There may well be exceptions (say, a super-powerful Pokemon, or some other way), but has canon ever explicitly addressed this issue?

What I'm not looking for: Examples of humans being attacked by Pokemon and either taking damage or surviving. There are examples either way, but generally humans are not attacked or damaged by Pokemon, and an exception does not explain the general rule.

What I am looking for: a quote from the games, tv show, or any other canon explicitly addressing if or whether humans are immune to Pokemon attacks, or some other quote addressing why Pokemon do or do not attack humans.

Humans certainly are not immune to Pokémon attacks; quite the contrary. Nearly every game cites the dangers of running into wild Pokémon as why the player character should not venture into the long grass without their own Pokémon to protect them:

OAK: Hey! Wait! Don't go out! It's unsafe! Wild POKéMON live in tall grass! You need your own POKéMON for your protection.

Wait, GOLD! What do you think you're doing? It's dangerous to go out without a POKEMON! Wild POKEMON jump out of the grass on the way to the next town.

We also see the direct result of Pokémon attacking humans in some games. For instance, in Pokémon Gold:

The Rocket grunt hit by the hyper beam is thrown into a wall; you can then talk to him:

A video of the same event from Pokémon Crystal:

In Pokémon: Best Wishes, while climbing the Tower of Success, Iris gets hit with a Confuse Ray and thinks she won the race. 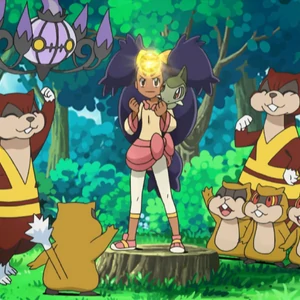 3
Do Pokémon trainers develop some kind of limited resistance to their Pokémon's abilities?

47
Where do new Pokemon come from?
51
Why do Pokemon obey their trainers?
74
Are Pokemon farmed and eaten?
13
Can Pokemon die inside their Pokeballs?
4
Are Pokemon tied to their Pokeballs?
9
Why are Pokeballs restricted to containing Pokemon?
7
Are humans in Pokemon as strong as Pokemon or as weak as humans?
12
How common is Pokemon training in the Pokemon Universe?
0
Whats the difference between a Pokemon Trainer and a Pokemon Hunter?
4
Do all Pokemon come from eggs? Or are some born?