Novel about alien species made of gas rings?

I read a novel where several enemy alien species were stranded together on an interdicted planet.

They had to recycle everything and keep hidden. By "keep hidden" I mean make sure there is no evidence of their presence visible from space. They recycled everything and lived in camouflaged dwellings.

The younger generation was building a mixed culture community until the older home species showed up.

One of the alien races had a body made of rings or donuts of gases that mixed to express itself. Members of this species could be taken over and controlled by rings transferred from another member of the species.

The book may be 20 years old or more. 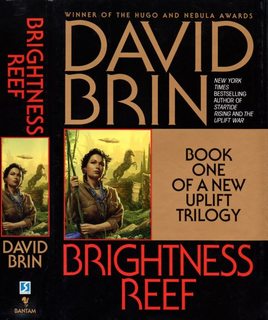 The planet Jijo is a fallow world, so colonies are not permitted, but members of several (6) different species have illegally/covertly settled anyway. (For various reasons; some to get away from aspects of galactic civilization they don't like, the humans to try to keep a remnant of the race alive if the fanatics manage to wipe out Earth. The glavers seek to devolve into a pre-sentient, more "innocent" form.)

The settlers are paranoid about being discovered and live according to "the Scrolls" which dictate how to keep hidden. All the races live on "the Slope," a geologically active area adjacent to an undersea subduction zone called "the Midden" where anything that will not break down is disposed of:

Stories that tell how those first hoon sank their sneakship in the deep Midden, so it couldn't be traced [...]

Villages are constructed in forests to keep hidden, visible works are camouflaged, and there is a guild of "explosers" whose job it would be to destroy anything that might be spotted if ships arrive:

Nelo spied the town exploser and his young son, inspecting an anchor-pier of the great dam. Forbidding and earnest, with deep-chiseled features, Henrik reached into a recessed hole and withdrew a bulb-ended clay tube. Scrutinizing the charge, the exploser held it for his son to sniff.

The dam itself is designed to appear as a lake formed by a natural landslide, overgrown with vines and small trees, and its collapse will wash away the factories below it.

Even social greetings are shaped by the need to stay hidden:

"Deep shade, Nelo," Jobee drawled in a manner that invited a soul to stop and chat a spell.

The aliens composed of rings that communicate by gaseous chemicals and flowing wax are traeki, and the hostile aliens who are traeki + ego rings are Jophur. traeki are composites of their individual rings and don't have a singular consciousness. Though in the story the traeki Asx normally speaks with a consistent voice, there are allusions to group decision making within itself:

Do i/we sense a foul odor of envy fuming in our central core? Do some of you, my several selves, resent our awkward slowness compared to those long hoonish legs or nimble urrish feet?

And yet, while Vubben spoke of equanimity, my/our basal segment kept trying to stop, turn its feet around, and carry us away! Dimly, that bottommost ring realized that danger lay ahead, and sensibly voted to flee. Our upper tiers had to apply scent-throbs to urge it onward.

(It turns out that the reason the traeki fled galactic civilization was to live without the lash and dictatorial control of their ego-rings. Asx refers to the Jophur as "Ring cousins whose waxy cores are ruled by monomaniacal ravings.")

The Galactics are unwittingly lead there by the Earth starship Streaker, following on the events of Startide Rising, and the story covers how the colonists react to the arrival and attention of the galactics.

Not the answer you're looking for? Browse other questions tagged story-identification aliens hard-sci-fi or ask your own question.