Why there are almost no street/place signs or labels in Mos Eisley?

In Star Wars: A New Hope (1977), Mos Eisley, a large spaceport town on the planet Tatooine with 362 hangars and substantial traffic volumes and variety of beings coming and going. We don’t see street or place signs or labels -excluding docking bay 94 entrance- to inform visitors or road users. We only see bare arches and walls if compared with the pilgrimage city of Jedha in Rogue One: A Star Wars Story (2016), thus, I ask why there are scarce street or place signs or labels (at least pictorials) in this town? 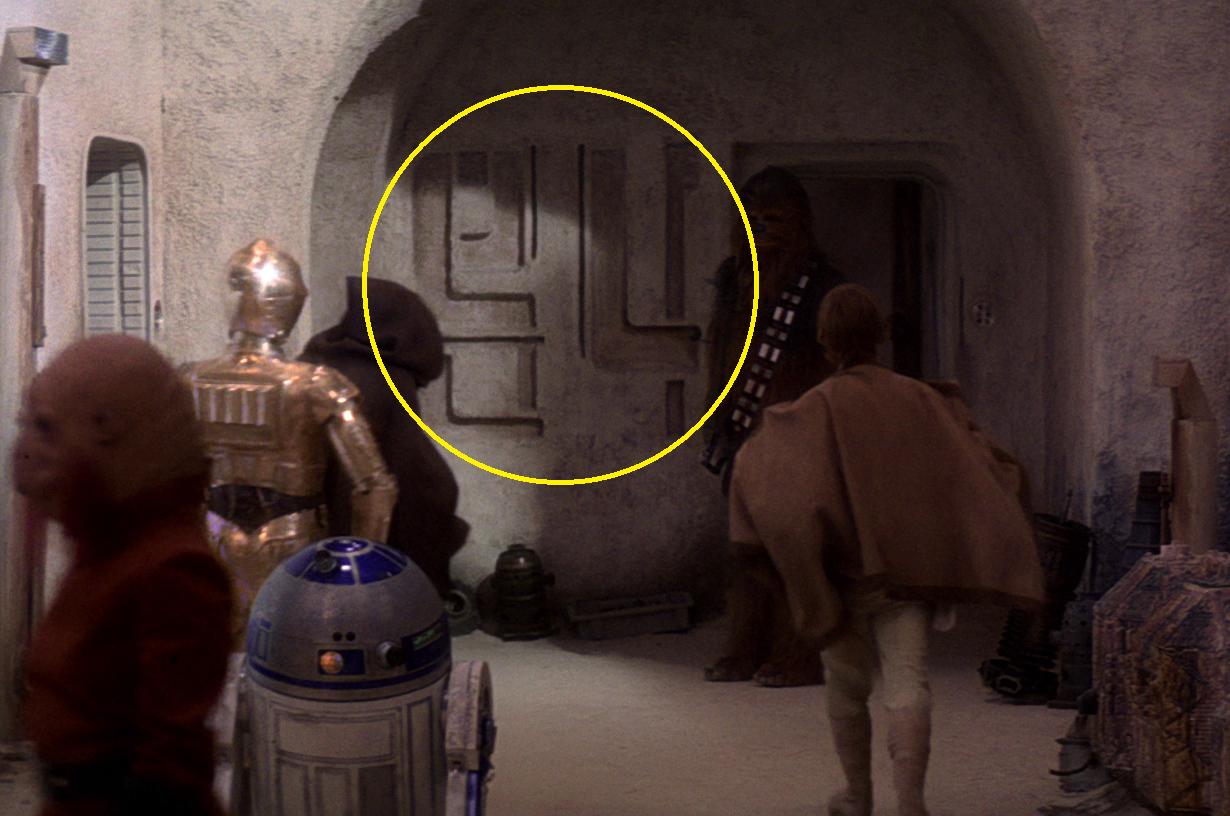 As a real-life example, the capital city of Iqaluit in Nunavut didn't have any street signs because it didn't have any street names until 2004. While a few of the streets had unofficial nicknames (such as Federal Road and Road to Nowhere, which later became the official names), the vast majority had none and thus there was no signage. Arviat, population 2,500, didn't get street names until 2015.

So Mos Eisley not having street names or signs wouldn't that be that odd even for Earth, let alone an alien planet a long time ago in a far-away galaxy.

The town only has a handful of streets and a population of just a few thousand individuals. Although the streets themselves appear to have have names (Inner + Outer Curved Street, Corporation Street, Spacer's Row, Dune Street, etc) it would be entirely unnecessary for them to have signage. You either know where you are or it takes but a few seconds to ask a local.