Miniseries in post-rapture US with good/evil conflict

I remember seeing this dramatic mini-series in the late '90s-'00s, but it may have been created in the '80s. I believe it was an adaptation from a book by a well-known author.

The setting was in the US after some rapture-like event. I don't remember the cause, I just remember that there were a very small number of people left, and almost all of them were critical characters. The portions I remember involved traveling through the desert towards a big city (Las Vegas?), and I believe the final conflict was there in the city. The main story was about this final conflict/showdown between these people who were representing the forces of good and evil. There were definitely some religious themes as well.

There are only two characters I remember. The main character was your generic conflicted Everyman with good morals, so not much detail there. The other was a gentle-giant type who was big and strong but had the mind of a child. I think he ended up being very important towards the end.

Unfortunately that's all I remember right now, but I'm hoping it was popular enough to be obvious to someone. The one series I know it's not is Left Behind. The one I saw was not nearly as directly Biblical.

It is definitely a The Stand based on Steven's King novel with the same title.

There was no rapture - instead, a deadly biological weapon has been released which has killed 99% of the population (the virus is deliberately introduced to USSR and China to assure mutual destruction).

With time, two groups of survivors emerge: one group is made of people who were dreaming about an elderly woman called "Mother Abigaile", whom later go to create a "Free Zone" - a democratic society in the Boulder, Colorado. The second group follows Randall Flagg, an evil being with supernatural powers, who starts to rebuild an army. 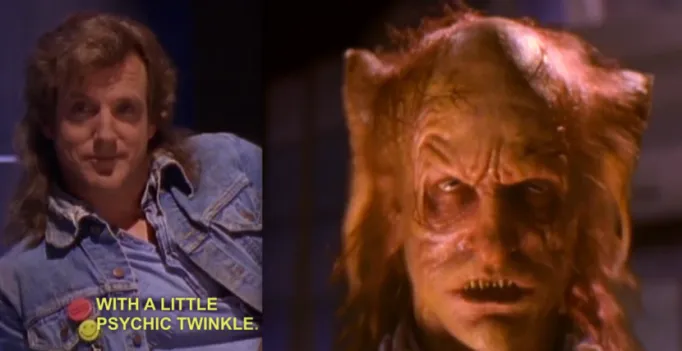 With time, both groups became aware of each other and the Free Zoners decide to send infiltrators to Las Vegas - all of them are quickly dispatched by Flagg, with an exception of Tom Cullen - a mentally challenged big man, who has been hypnotised (himself?) to believe that he has been cast out of the Free Zone.

You can see Tom Cullen in the background here: 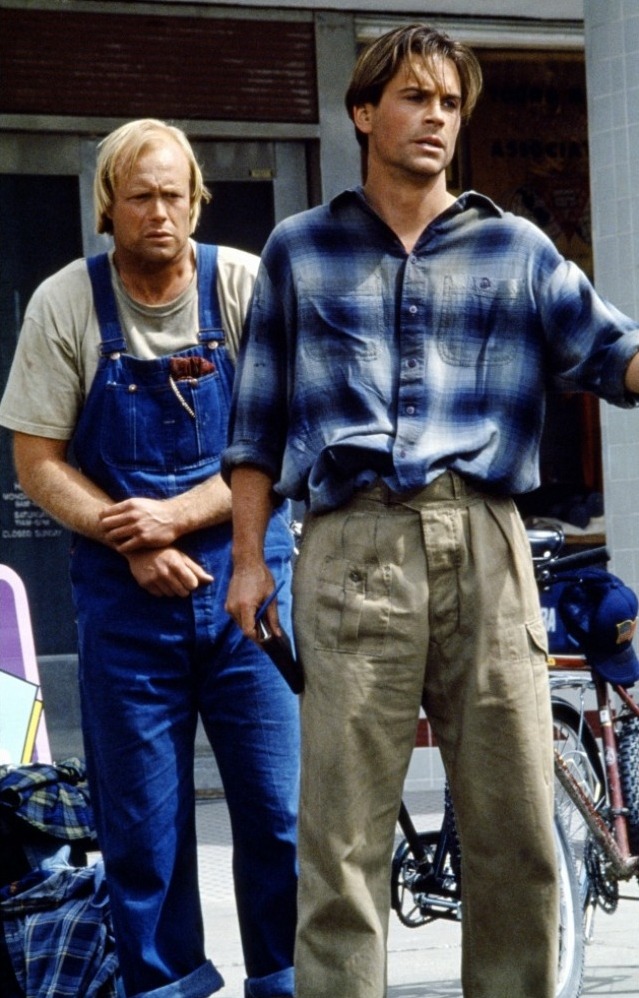 With the conflict becoming inevitable, dying Mother Abigaile sends the remaining council members from the Free Zone to negotiate with Flagg, but one of them breaks a leg on the journey. The rest are captured by Randall's army and are about to be executed when one of Flagg's crazy followers brings a nuclear warhead. Flagg attempts to stop him using a ball of energy, but it is transformed into "a hand of God", which grabs and detonates the warhead, destroying Las Vegas.

This is undoubtedly "The Stand", based on the corresponding novel (?) by Stephen King.

Not the answer you're looking for? Browse other questions tagged story-identification post-apocalyptic adaptations miniseries or ask your own question.

5
90s Mixed sci-fi and fantasy medieval show where the villain is captured and he went insane
8
identify book: fantasy series (?), protagonist priest, antagonist vampire king
4
Live-action movie or TV show from late 90s/early 00s with kids, a friendly spaceship/thing, and an evil guy
3
Identify book, Three wizards trapped in a city/town
5
Manga about "war between nations, and special individuals with elemental tattoos"
4
Book about stranded vampire-like aliens in conflict with one another