Why wasn't Vader's armour made of Beskar?

As we see in The Mandalorian, the Empire had quite the reserve of Beskar: 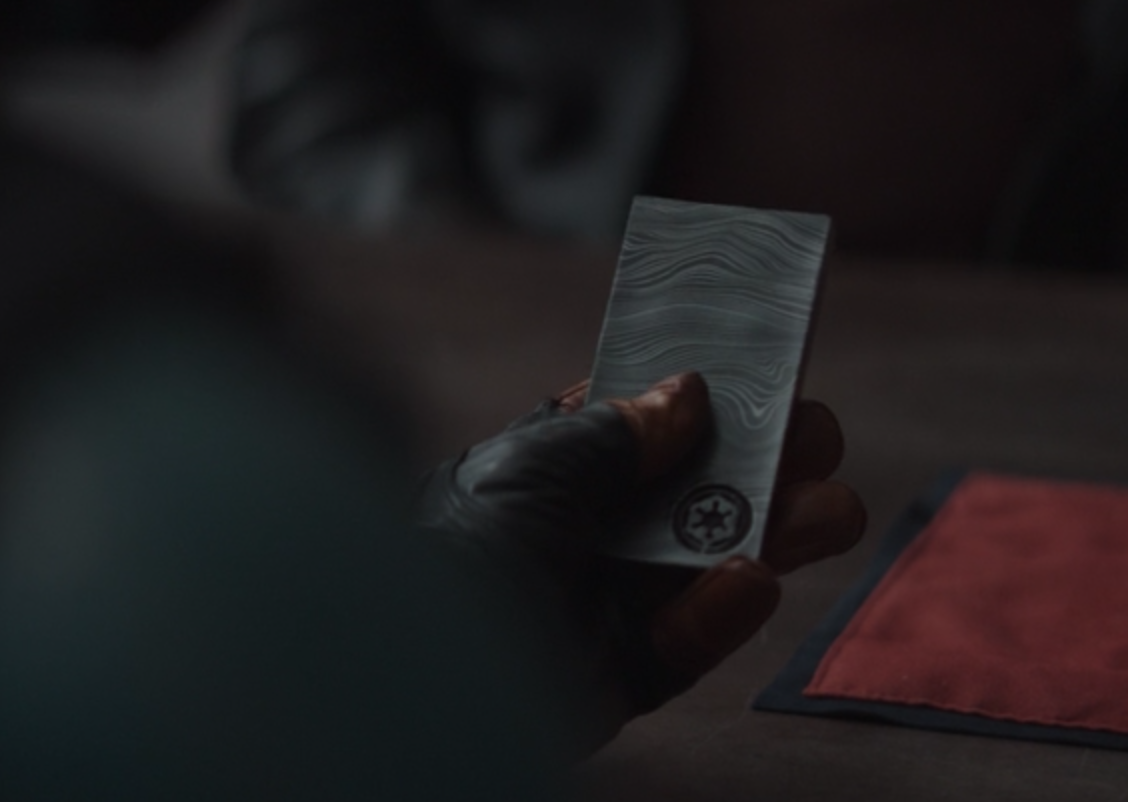 A random imperial bureaucrat (as it seems at the moment) has enough of it for the Mandalorian to create a whole armour. It would've been easy for Vader to get enough to make his armour of it. Why did Vader instead use Durasteel?

From the Star Wars Fandom wiki entry on Vader's armour:

Vader's pectoral armor appeared to be one piece that protected his entire upper torso. The durasteel material was gray in hue with several black vertical stripes. Around the neck of the full-shoulder pauldron was a black chain, and connected to the upper seam of the armor w1as Vader's black, flowing, nearly floor-length armorweave cape.

Especially since parts of it were made of Beskar, according to DVK-on-Ahch-To's answer to this question about whether Vader's armor is lightsaber-proof.

The only detailed information about lightsaber proof parts we have are Vader's gloves. They were (According to "Darth Vader's suit" on Databank) indeed made with micronized Mandalorian Iron that was proof against lightsabers and (as seen in Han shooting him on Bespin) blasters.

Aside from the fact that he probably didn't get to choose the armor when it was first put on him, there are several possible reasons:

Lastly, let me pose a counter-question: If Beskar is so great, why would every Jedi not be dying to get their hands on it? Wouldn't it provide a distinct advantage to the wearer in any lightsaber fight?

Whether for one of the above three reasons or a different one, there definitely seems to be some logical reason that Jedi and Sith alike prefer their cloth robes to battle armor of any sort.

Palpatine had Vader’s suit created while Vader was fighting for his life, so it’s safe to say that Vader had no say in the metals or materials that were being used in the creation of his armor. Another thing to note is clearly the emperor felt that Vader’s anger hate & rage were more than enough to make him a formidable force to be reckoned with so he wasn’t thinking Beskar would be necessary in the creation of Vader’s new suit

I feel mostly certain it was actually stated in The Mandalorian that only the Mandalorian smiths knew how to truly utilize beskar, like was said. That's not something I would fancifully imagine up in my head, I'm rewatching it so if I do find it again I'll tell you where to look, but that does seem likely. In fact all of this seems likely, from the overconfidence to the bulky armor hindering agility, to rules of honor, Vader's gloves having "micronized" beskar doesn't mean much, you can plate some of it onto whatever threading materials you want and weave that, but it doesn't require any forging, which is unique to Mandalorian smiths alone.

Because only Mandalorians know the secret technique of how to turn Beskar into armour, and their smiths will die before they tell anyone. To the Mandalorians Beskar is basically sacred. They view it as theirs and theirs alone. How to work it is their most well kept secret, their ace in the hole against everyone else. Lots of other people have tried, but if you don't know the exact method of how to forge the Beskar it will turn into a brittle material that is heavy and useless, which is exactly how the Mandalorians like it.