Author of a postapocalyptic novel about climate change

I am looking for the title and author of a novel about a post apocalyptic Earth after a drastic climate change. The plot is similar to the movie The Day after Tomorrow, but, instead of a happy ending, the geologist ends up in a small group led by a woman (his partner) wandering around USA. There is extreme cold, food is scarce.

I think that instead of a geologist, it may be a historian. (Or the woman is). Also, it has something of survivalist focus, with intents from the male protagonist to contact (unsuccessfully) other survivors. Dogs become feral and attack human.

In the end, the woman becomes the leader of the band of the survivors and, in the end, she leaves the male main character to die because he is unable to cope with the "new world" and refuses to acknowledge that the world has changed forever.

I want to thank all of the fellows that answered my question. The book I was looking for was Ice! by Arnold Federbush.

It was published in 1978, and I can't find it in any electronic format, but I remember clearly that I read it in my first tablet, around 2010. 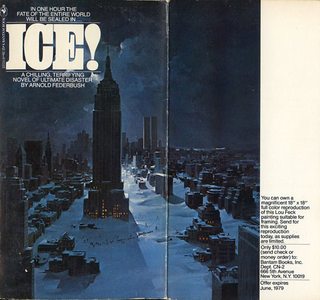 It describes a return of the Ice Age in months, rather than centuries. It tells of the realization that an Ice Age is rapidly approaching, yet only a few people know this. And in effect, major weather changes begin to kill out large parts of Earth's population before the glaciers even hit the higher latitudes.

Possibly False Dawn (1978) by Chelsea Quinn Yarbro. It has been quite a few years since I read it, but I distinctly remember the woman (Thea, a 'mutant' genetically engineered to better survive after the disaster), who is accompanied by first one man, then a second (who rapes her and is killed by the first man). They are looking for a place called Cold Lake, where there may be a remainder of civilization. I believe it ends with the two survivors in a cabin in the woods in the cold, surrounded by feral dogs that make their future uncertain (though I am uncertain about this detail.

The link above is to a review with many details about the book, though it only notes that the ending is "bittersweet". 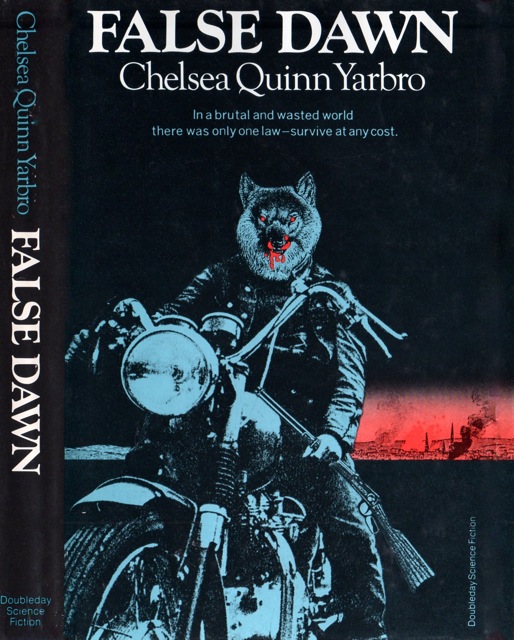 It sounds vaguely similar to a George R. R. Martin TV show he was working on called Doorways. The premise was that a mysterious girl and a doctor end up going from alternate universe to alternate universe. The pilot as shot did not have this story line in it and it was never picked up, but Martin published the original pilot script first in GRRM: A RRetrospective in 2003 and then again in 2006 as Dreamsongs: A RRetrospective.

I can't find information about the original pilot online, and I don't have the book in front of me, but my recollection is that the second universe in the original pilot was a about a post apocalyptic USA that was barren and very cold/frozen. They were also trying to contact other groups in the USA. I realize this is more of a script/short story than a novel, but it had enough similarity that I thought it was worth mentioning.

The ending as I recall is similar to what the OP describes, too, in that

they leave the leader of the group they found to die, but not for the reasons the OP says.