Manga where a teenage boy absorbs others' wounds

I would have read this somewhere between ten and twelve years ago, I believe, though it could go a year or two in either direction. It was contained in a single volume anthology manga where each chapter was an entirely different short story (most of those stories fantasy genre set in real world Japan, I believe) and I think each was created by a different mangaka. It was a physical copy, sold in English in America, and marketed to teens. I think the cover was sort of 'cute' and perhaps shojo-esque, perhaps involving pale blues and greens?

The story I remember best was about a teenage boy befriending another teenage boy who had horrible wounds on his body. At first he worried the boy was being beaten, but eventually he realized that the boy actually had special powers--he could transfer wounds and scars between people. Because the boy was incredibly kindhearted, he would take others' wounds and keep them for himself, leaving his body in constant pain.

One scene has the two boys at an ice cream shop, where they bump into a girl wearing a surgical mask that covers up some intense-looking facial scars. Somehow she becomes aware of his powers, and begs the boy to take her scars for just a few hours so she can go out in public without feeling ashamed. After she leaves the friend points out that she's never coming back to reclaim her scars, and the now-scarred boy simply shrugs and says, "I know." After this point, he starts wearing a surgical mask himself.

The main conflict is the boy's friend wanting to help him but not knowing how; I don't remember how it ends.

The only other story I remember from the anthology, if it helps, is one where a mute and/or cripplingly shy teen girl starts texting a boy from another city. They plan to meet up, but it turns out their texts are temporally "off"; one of them is somehow texting from a few hours in the others' future. This eventually leads to the boy using his future knowledge to save her life - and, I think, sacrifice his own in the process.

I believe this short story also had a text version published in English, though perhaps somewhere different than in the manga anthology.

TL;DR: you're looking for the manga adaptation of Calling You by Otsuichi, translated into English in 2007. The two stories you remember are Kizu and Calling You.

In Keigo's school, all the troubled kids are grouped into one class -- the troublemakers, the abused kids, and the scarred ones. There's a quiet kid in his class named Asato who never talks to anyone, and like Keigo, doesn't want to go home after school. One day after class Keigo cuts himself, and the two of them discover that Asato has the ability to absorb the wounds of others. What wounds will Asato heal, and what scars does he himself carry...?

A couple of pages showing Asato absorbing a woman's burn scar, and her swearing to return

which she does at the very end, but that lasted way longer than the promised three days. 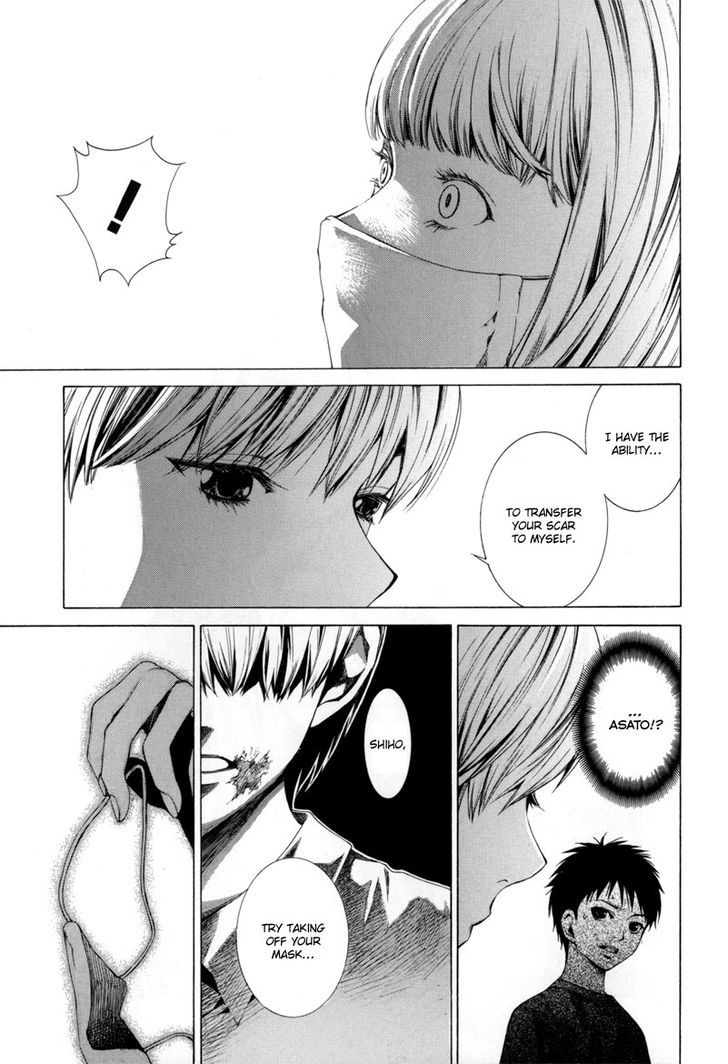 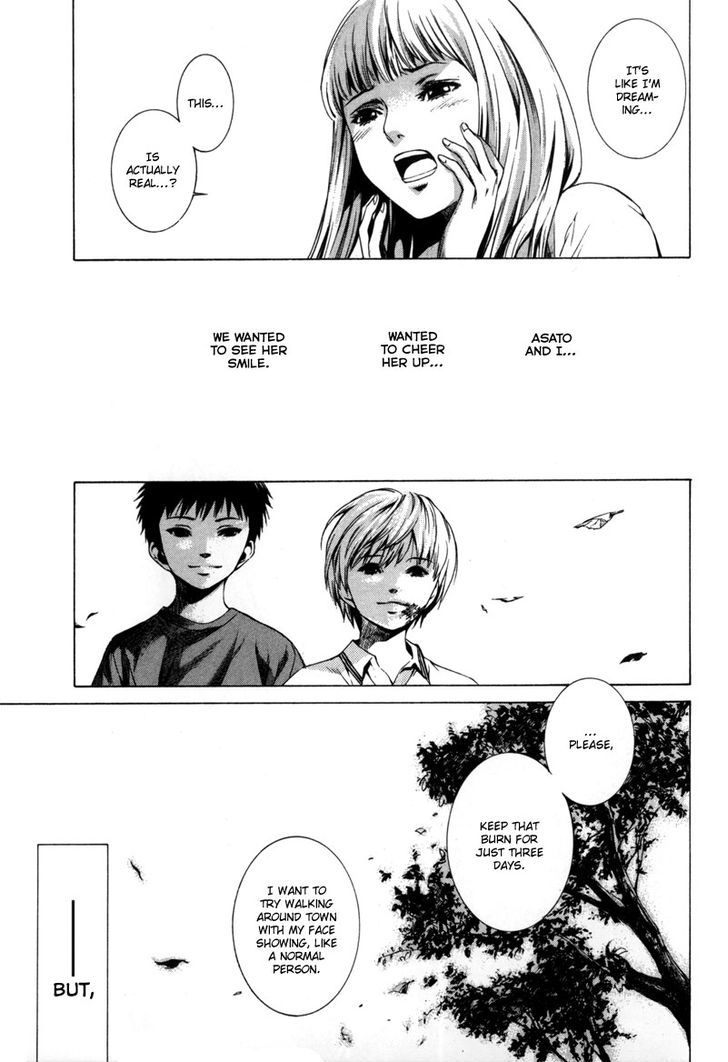 The second one is Kimi ni Shika Kikoenai (Calling You, 2003). From MyAnimeList:

A timid schoolgirl imagines owing the ideal cellphone in her head, but one day, there is a connection; the phone rings in her head, and someone is on the line!

It's all here: shy girl, mute boy, they're separated by an hour in time, they end up meeting at an airport but he dies in a car accident, after pushing her out of the way.

The two stories were originally published as short stories in the Calling You collection, and later got drawn as a manga.

Found with the Google query manga one shot absorb others' scars site:myanimelist.net/manga which brought up this list of psychology-themed mangas, part of Kizu's summary was included in the Google preview. I did some digging afterwards to find the anthology.

Not the answer you're looking for? Browse other questions tagged story-identification manga anthology-book or ask your own question.

9
Sci-fi manga about a boy with an alien girl classmate
1
Manga about a boy who comes back as a ghost to make up with his girlfriend
3
Teenage book about a girl falling in love with a bad-boy ghost
4
Manga where a guy goes into a game he's playing. He's nicknamed "lucky boy" by white mages
9
Movie where a man is injected with alien DNA that heals his wounds
7
Manga where a man is being haunted by his dead female childhood friend that follows him around
2
Isekai manga/manhwa/manhua about a noble boy who's considered weak, and has a stepmother who wants to kill him