A bit of background: I recently attended JEHES XVI, a Star Wars-themed event organized by HoloRed Sevilla which featured, among a lot of other things, an impressive 2ish-meter-long cardboard model of an Imperial Star Destroyer, which can be briefly seen in this summary video montage: 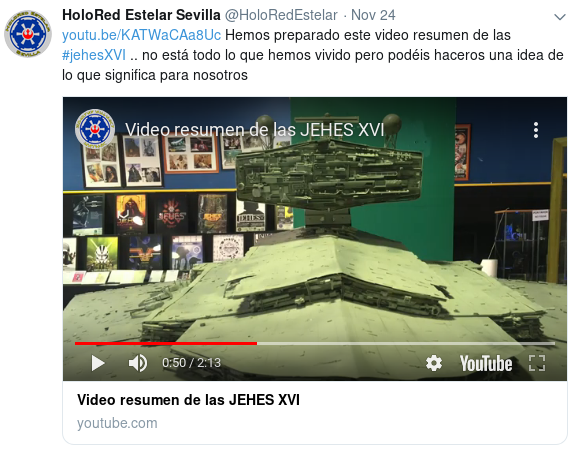 Now, that model had both a ventral hangar bay big enough to accommodate a CR-90 "blockade runner" Corellian corvette... 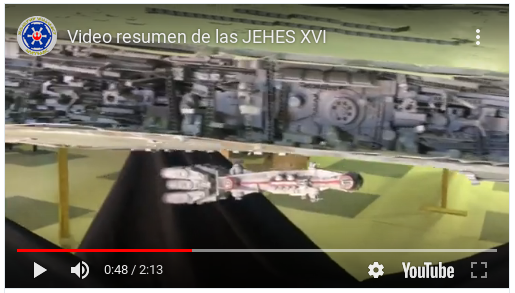 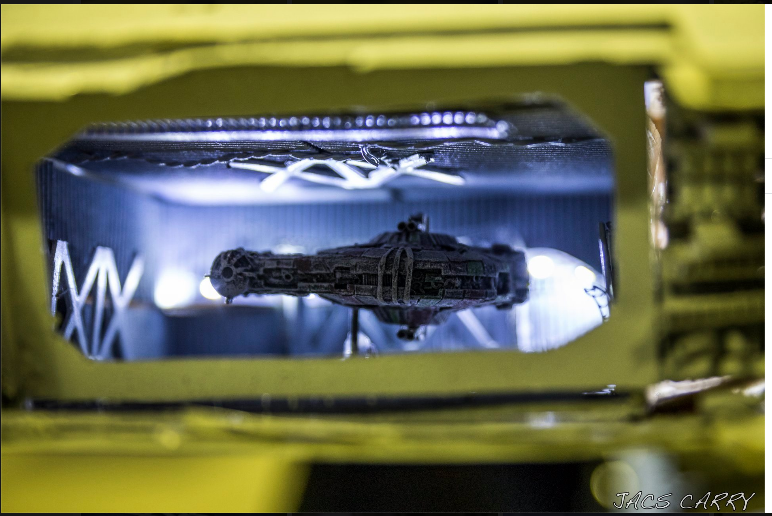 So as a good nerd would do, I confronted some of the event staff about that minor detail of Star Wars canon (because, let's face it, we love having that kind of conversation). Their response was that the model is based on canon information indeed, and is modeled off the ISDs from the Battlefront II video game. In particular, the Battlefront II wiki page about ISDs states:

However, the distinction between Imperial I-class and Imperator-class is fuzzy, because Wookieepedia states:

Furthermore, I've watched some gameplay footage of both SW:BF1 and SW:BF2 (about scenarios involving a Imperial I-like ISD) and I have failed to see any evidence of lateral hangar bays.

So I'm confused about ISD classes, and which (if any of them) have lateral hangars. This prompts a few closely related questions:

I've done quite a bit of looking around, though it was by no means a completely extensive search, and I believe I've found the answers to your questions.

Are Imperial I-class and Imperator I-class the same or different?

The same, in fact the only real reference I can find for Imperator is the Wookieepedia article you've linked, and that is the Legends article not the canon one.

According to canon (and ignoring SW:BF2), are there any ISDs with lateral hangar bays?

No, at least none that I'm aware of. For some evidence both Star Wars: Incredible Cross Sections (1998) (pictured left below) and Star Wars: Rogue One: The Ultimate Visual Guide (pictured right below) make no note of a lateral hanger bay. 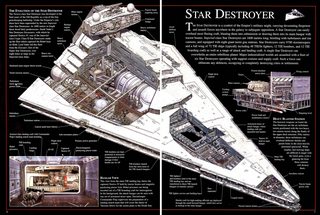 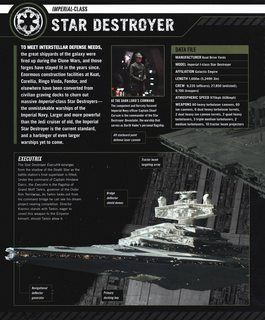 Note, however, Star Wars: Rogue One: The Ultimate Visual Guide does make mention of a "Port lateral umbilical restocking vestibule" which could cause some confusion as it would allow other ships to dock there to restock, I'd imagine. I'm sure in my looking around I found something with a bit more detail on this but I've managed to forget what that was in. 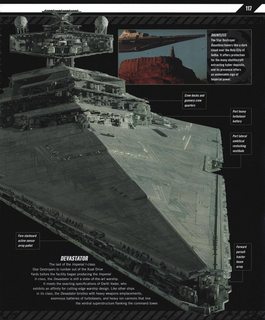 The (canon or non canon) ISDs with lateral bays, do they have a ventral hangar/cargo bay too, or is that space occupied by something else?

Now as stated above I couldn't find any Imperial Star Destroyers with lateral hangar bays so there's no answer here. However, the Finalizer is a First Order Resurgent class Star Destroyer and it has both lateral and ventral hangar bays. The image below is from Star Wars: The Force Awakens Incredible Cross-Sections where we see it as the main hangar entrance and port and starboard ones too. As you might be aware, we see this in action in The Force Awakens when Poe and Finn escape (I believe).

I can't immediately find any evidence of ISDs having lateral hangar bays. The Star Wars Encyclopedia talks about ISDs having two main landing bays, (the ventral ones) which isn't really conclusive either way. The Star Destroyer schematics in Complete Cross-Sections and the Star Wars Technical Manual don't show any lateral bays either.

The only ship I can think of with a 'Star Destroyer' designation that roughly fits the description of 'lateral hangar bays' is the Onager-class, where the two hangar bays are on the rear faces of the bow 'prongs' (visible in the picture in the link).

112
How is canonicity of derivative works determined for Star Wars?
6
How canon is Star Wars: Battlefront (2015)?