In Episode 5 of The Mandalorian, Mando uses a form of sign language to communicate with two characters.

From an out of universe perspective, do any of the signs he is using correlate to ASL (American Sign Language) or any of the other formal signs used around the world? 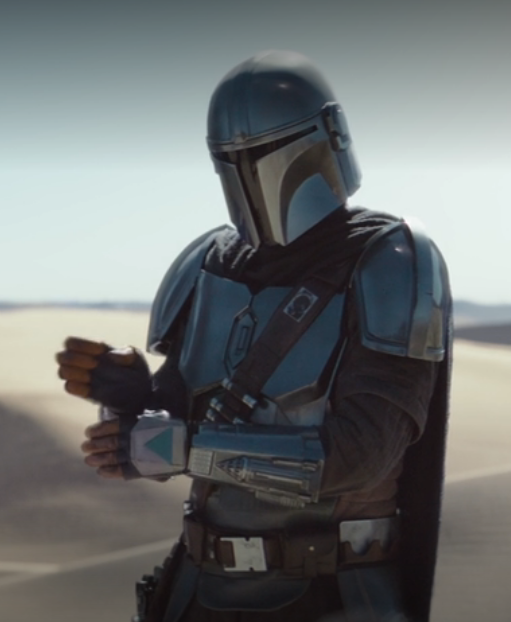 According to Troy Kostur, the deaf actor who developed it (and played one of the Tusken Raiders), it is an in-universe language developed by the Tusken people named Tusken Sign Language, and he purposefully tried to avoid ASL to avoid it being a gloss.

It is currently unknown how developed the language actually is. They may have just invented specific phrases or signs for the episode. Given the iconic origin of most sign languages (starting as pantomime, and developing into a fully-featured language), it would be unsurprising if there's some crossover in signs with something like American Sign Language, but it has been stated to not be ASL.

Some, most can make out of what he said. He said “we ride to mountain over your land”

Then they said “you ride over, no” (maybe mean will kill you) Then mando said “mountain, (something, maybe how much?)”

They said want device that can see afar?

I am Deaf and use ASL and know few other foreign sign languages.

Not the answer you're looking for? Browse other questions tagged star-wars languages the-mandalorian or ask your own question.

19
What in-universe sign language is the Mandalorian using, and how did he know it?
2
What is the source/inspiration behind the Tusken Raiders' grunting language, out-of-universe?

32
Why did the Klingon language flourish?
30
Why would the Larses need a translator droid that spoke Bocce?
16
What language was the inscription on the Doors of Durin written in?
8
Real-World Language Analogues in the World of Ice and Fire
19
What in-universe sign language is the Mandalorian using, and how did he know it?
6
Why was Ran’s space station destroyed by the New Republic X-Wing attack team at the end of episode 6 of “The Mandalorian?”
10
Are Devaronians fire proof?
9
Why is the Mandalorian's weapons locker on the Razor Crest so easy to open?
7
What does Din mean that weapons are a part of his religion?